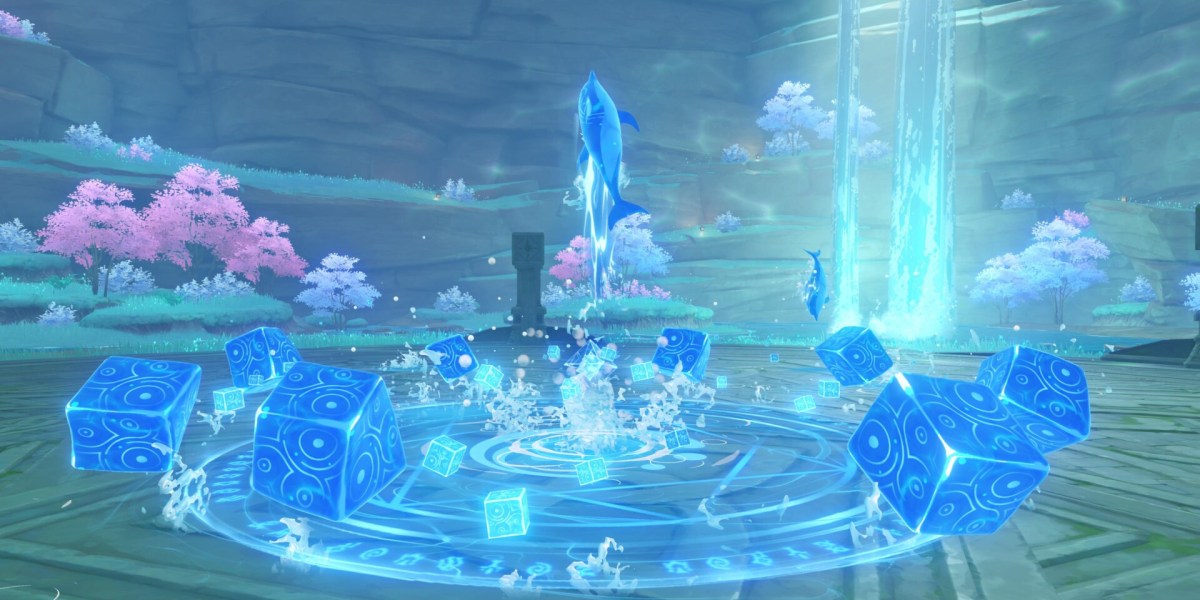 So, where exactly can you find the Hydro Hypostasis in Genshin Impact? Well, all you need to do is go to Watatsumi Island. In the northeastern area (close to the Suigetsu Pool domain), you should find an opening that leads to an underground chamber where the Hydro Hypostasis resides.

You can see this in the image below: As for the Hydro Hypostasis’ attacks, you can expect the following (it’ll be vulnerable for a few seconds after each transition): One last ability you’ll want to watch out for is what I call the “H2-Overdrive” (haha). Basically, the Hydro Hypostasis will use most of its other attacks at the same time, so you need to avoid lots of stuff.

However, the boss is also vulnerable while this sequence is happening. Since this lasts for several seconds, you can use your bursts and nukes without worrying that it’ll soon become immune. As for the Hydro Hypostasis’ last stand, it’ll spawn three Hydro slimes at the edge of the arena.

They’ll slowly make their way toward the elite, and you have to kill them immediately or they’ll restore your opponent’s health. When you’re done, go ahead and collect your rewards, which would include the Dew of Repudiation. As of now, Sangnomiya Kokomi is the only character that we know of who uses this as a character ascension material.

Is it worth farming the Hydro Stasis for the Dew of Repudiation? That’s entirely up to you if you’re planning to get Sangonomiya Kokomi. Just remember that she won’t be available until September 21 when the Raiden Shogun’s wish banner expires. Pathfinder: Wrath of the Righteous — How to get mounts and animal companions