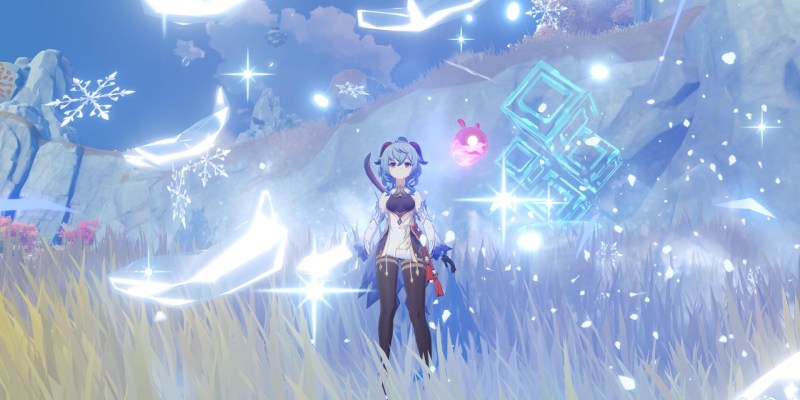 Let’s discuss the basics of the Hypostatic Symphony event.

As mentioned in the main page, you’ll need to reach Adventure Rank 20 first. If you meet the requirement, simply open the event panel and teleport to the location. 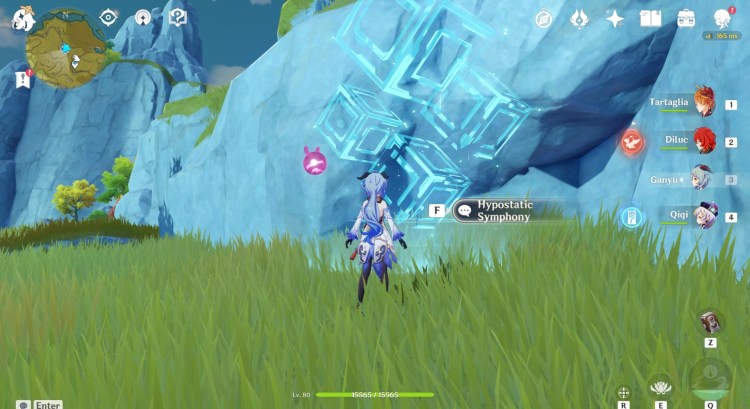 Only one boss/challenge,  Violet Lightning Concerto I: Pure Electro Hypostasis, is available for now. The rest will be added each day until a week has passed.

You’ll also notice that each boss/challenge will have several boosted characters (they’ll have buffs for that particular encounter only). 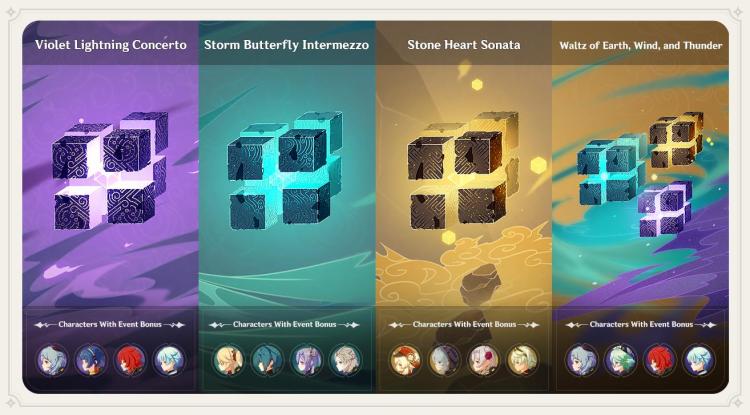 Next up, you’ll see the variations screen. These are the modifiers and difficulty levels that you can select.

You can choose from several modifiers (a majority of which will make the encounter tougher). These include the time limit, extra enemy health, enemy elemental resistance, damage, and more. You can mix and match accordingly to find the perfect combination, one that’ll give you a high score (based on the difficulty multiplier) while not being too much of a hassle.

Moreover, there are some positive modifiers, too. Examples include an increase to your shield strength as well as crit damage and crit rate. Since these provide benefits, these will deduct from your overall score and they’re also affected by the multiplier.

Note: Since we’ve just started this Genshin Impact event, I’ll mention the boss modifiers separately in their own pages. As of now, I’m unsure if the modifiers will be different for future Hypostasis bosses. 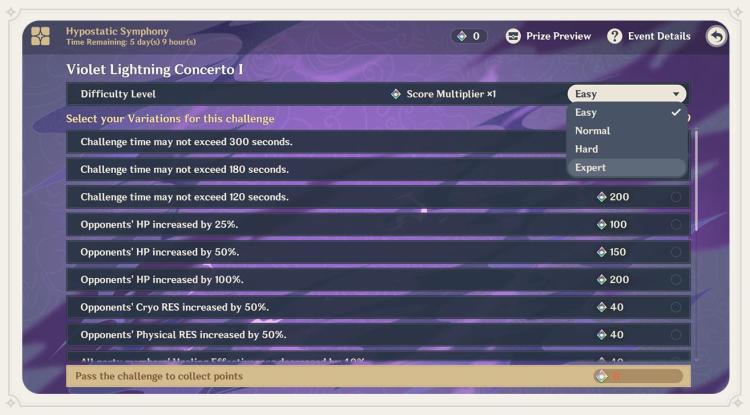 Co-op vs. solo and encounter tips

Although the Hypostatic Symphony event appears in your world, it’s also possible to invite your friends (or randoms) or, conversely, join their worlds. You may also join Genshin Impact‘s Discord to look for players in your server who are tackling the event.

Then again, if you’ve leveled up your characters and you’re confident in your abilities, you can attempt some solo runs. At best, you’ll have characters you’ve geared out completely, and you can perfectly time any elemental combos that are necessary. 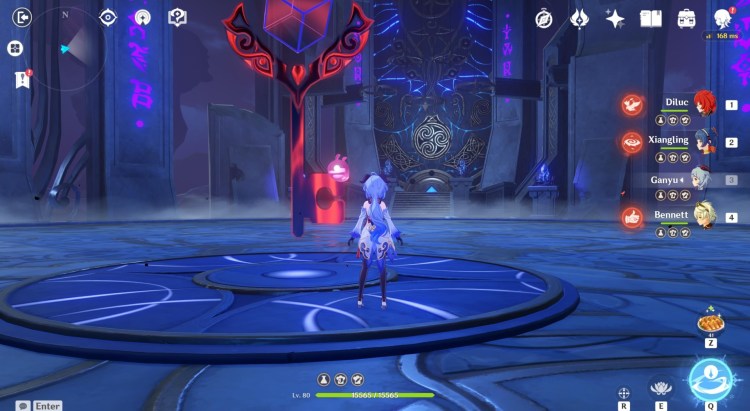 Don’t forget that Genshin Impact‘s Hypostatic Symphony event acts as a domain encounter, but with a couple of unique twists:

Anyway, let’s talk about the rewards and high scores. 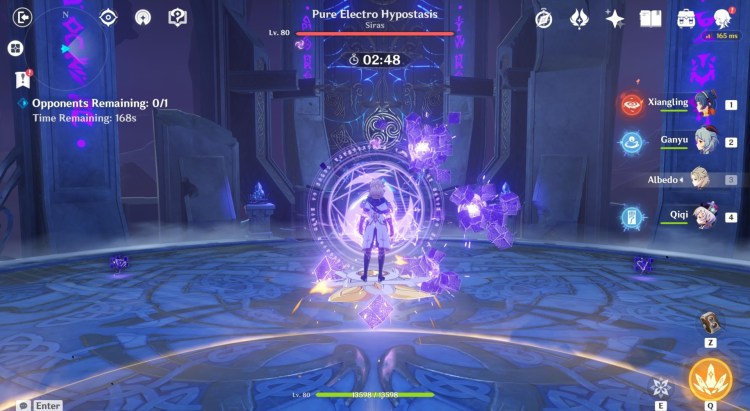