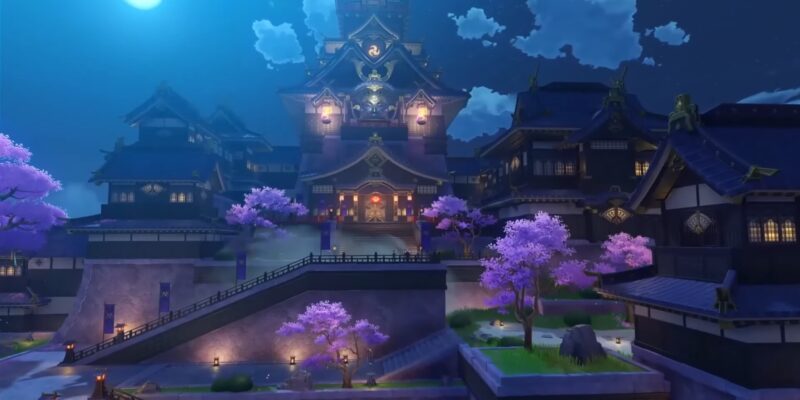 Our main goal now is to go to Inazuma City which is marked on your map. Along the way, though, there are a few tidbits and mechanics that you might want to check out.

These are gnarled plants with a purple hue. If you interact with these, you can gain a special buff from an Electrograna (purple orbs that spin around your character). Here are some examples: 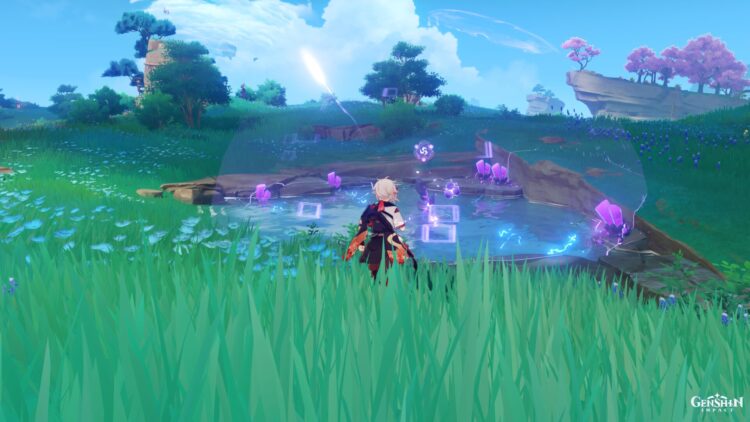 Sakura Blooms and other materials

You’ll find an abundance of new and old materials here (i.e., Sea Ganoderma now that the Golden Apple Archipelago is no longer available). One material that you can farm is the Sakura Bloom which is required for Ayaka’s ascension. This flower initially appears as a pinkish glow on the ground. You need to hit it with an Electro attack or skill to make it spawn the flower itself. 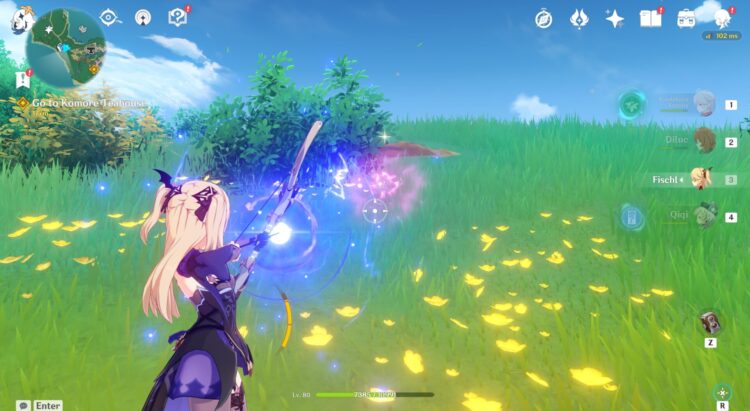 Unlike the regular Seelie that you’ve seen in Mondstadt and Liyue, the ones in Inazuma are powered by Electro. They’ll zip and dash sideways before reappearing in a new spot. Continue following them to obtain a treasure chest. 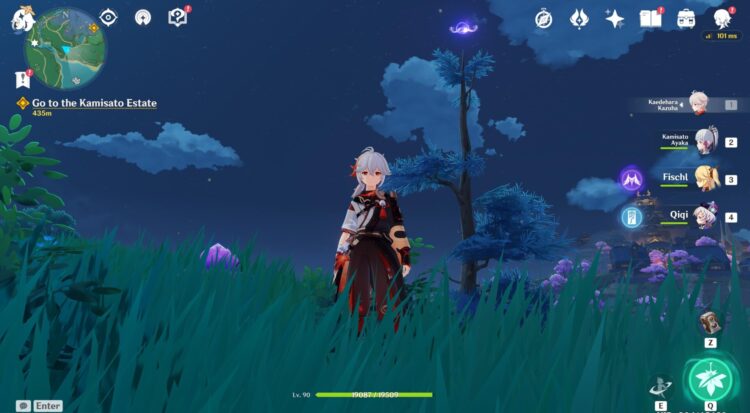 These are similar to the collectibles that you found in other regions and they’re used to power up the Statues of the Seven in Inazuma. 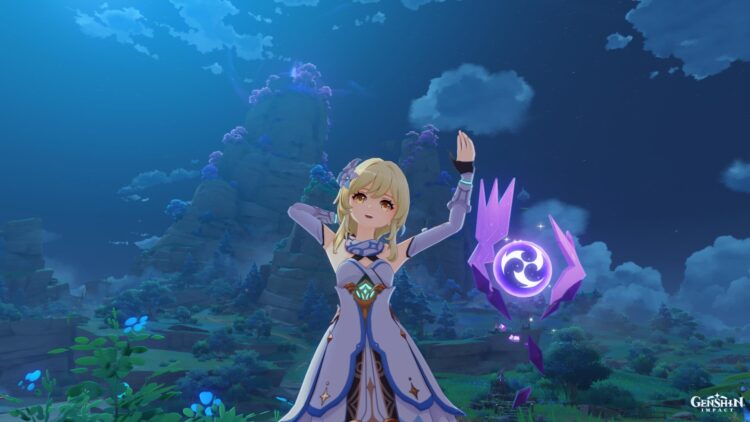 Don’t forget to “tag” all the teleporters and Waverider waypoints that you see. Likewise, remember that the Statues of the Seven will reveal a particular area. Oh, and as for pins, Inazuma itself is still part of the regular Teyvat region (it’s not a separate world map like the Golden Apple Archipelago). This means you’ll have to make do with all the previous pins that you’ve placed on the map (the limit is 150).

In any case, let’s head to Inazuma City. In the next part of our Genshin Impact Archon Quest guide, we’ll meet Ayaka and learn about the Vision Hunt Decree. 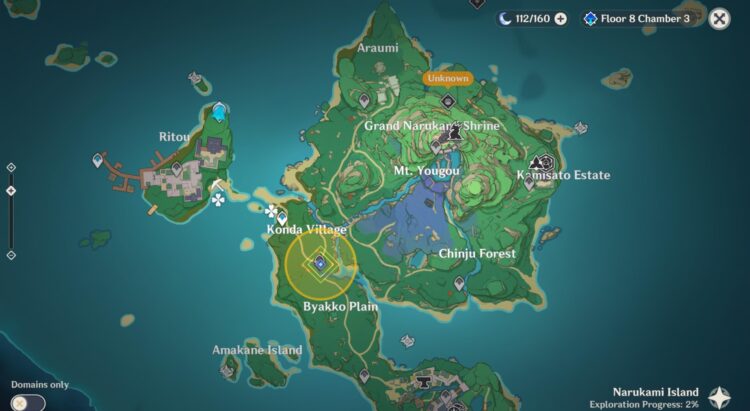