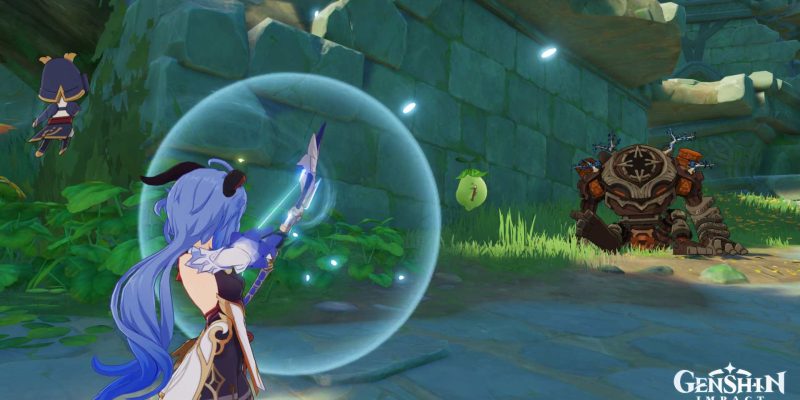 You’ll have several tasks ahead of you if you plan on completing the Varuna Gatha quest in Genshin Impact. One of these is Irate Iron Chunk, where you have to battle a lot of mechs to prove yourself worthy in the eyes of a mighty Aranara. Here’s our Genshin Impact Irate Iron Chunk quest guide to help you with the tasks related to Varuna Gatha and Adventure with Aranara.

The Irate Iron Chunk quest in Genshin Impact takes place in the Ruins of Dahri. When you get there, you’ll see a lone fella named Arabalika facing off against a Ruin Guard. Then, to your surprise, Arabalika just smashes that mech into nothing.

As you approach, Arabalika chides you, and you’ll now have to fight multiple Ruin Guards as you make your way around the ruins. 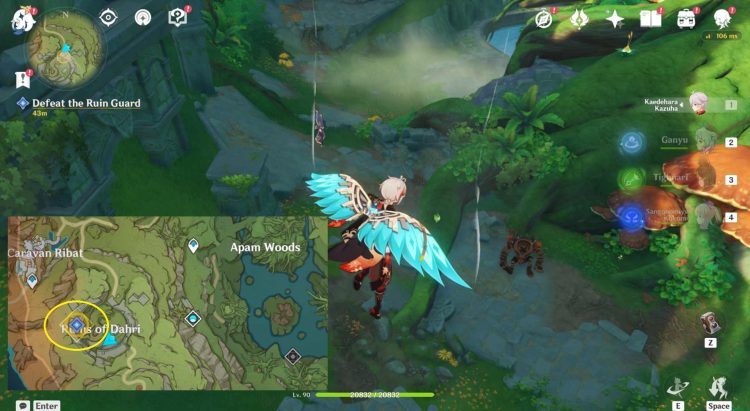 Eventually, Arabalika will be impressed. You’ll find yourself in another section of the ruins with a nearby switch. Activate it to drain the water, and head down to the depths.

Note: You’ll see a couple of Ruin Graders and a Dendrograma plant. If you already have the Vintage Lyre tune that can create Healthy Dendrograma, you can use it to blast the floating ornament. The door will remain sealed, but you’ll unlock it soon enough as you progress further in this quest chain. 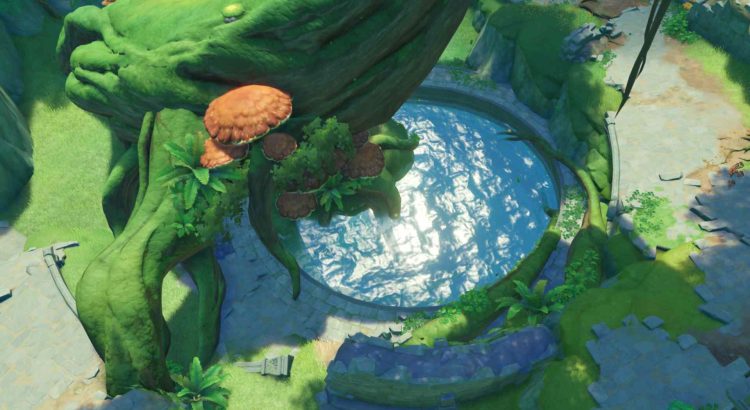 Anyway, your goal here is to rotate the stones so that they face the pillar in the center. Once you’ve accomplished that, the Ruin Graders will activate, and you’ll need to defeat them.

When you’re done with the task, you’ll complete the Irate Iron Chunk quest in Genshin Impact. Don’t forget that you still need to do Memory of Stone and Slumbering Roots. Eventually, you’ll be able to enter the large structure housing the Varuna Contraption. 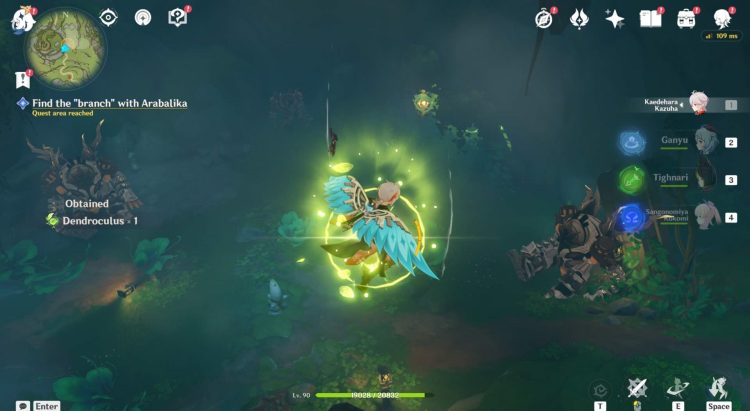