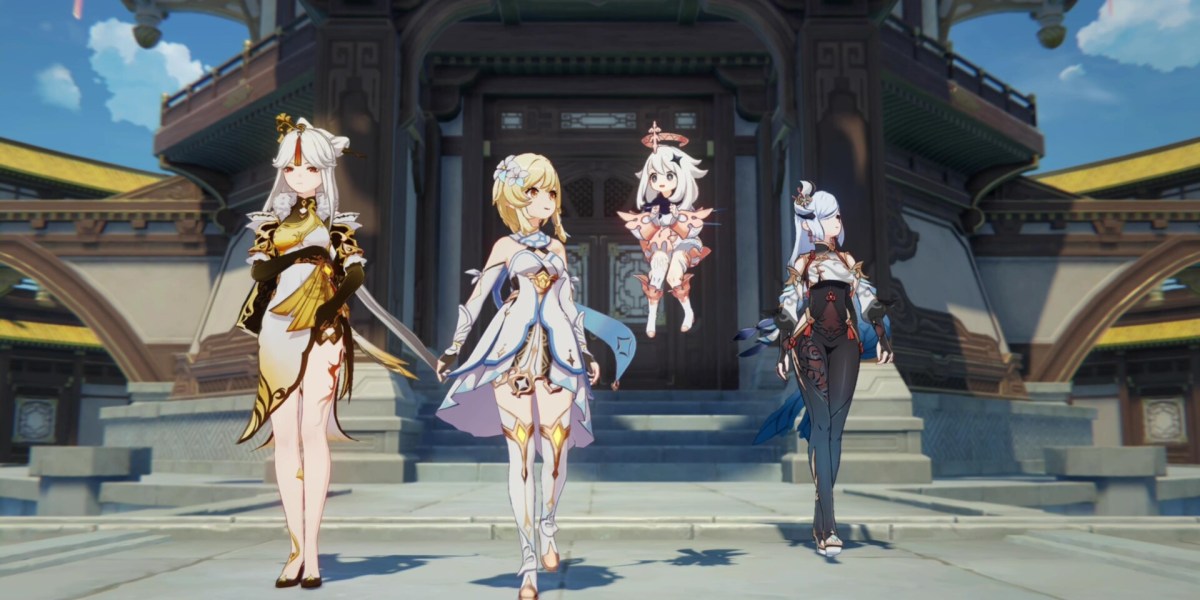 The Crane Returns on the Wind – Jade Chamber Rising starts in Liyue Harbor. You’ll see that Ningguang has plans to rebuild the Jade Chamber (previously destroyed in a fight against the Leviathan Osial). Soon, you’ll meet up with newcomer Shenhe.

Your interactions with Shenhe will lead you to the Sea Gazer’s Abode mini-domain. There, you’ll be able to use a rather beefed-up trial version (assuming she’s not in your party if you already got her via wishes). Next, you’ll make your way to the Jade Chamber’s construction site. There, you’ll encounter Beidou and another new character, Yun Jin, who’s an opera singer. You’ll be exploring a small village to find Starsplinter Iron (i.e., the first one is on top of the rock formation and the second is along the mountainside).

Shortly, you’re asked to find another mineral called Subrosium (with a quick cameo by Xiao), before all the components are refined by the blacksmith in Liyue Harbor. When all the preparations have been completed, return to the Jade Chamber. Ningguang will commence the process and the entire structure will fly.

The cinematic will give you a glimpse at your next opponent, Beisht, another sea serpent that’s actually the wife of Osial. It looks like Ningguang’s own Balamb Garden will be blasting the Leviathan summon. After the cinematic, you’ll engage in a battle against Beisht. You’ll only fight a single head at the start. Once you’ve depleted its HP, it’ll summon two other heads. There are a couple of attacks to watch out for: After defeating Beisht, there will be another short cutscene. Then, you’ll return to the Jade Chamber to watch the conclusion of the quest, which includes a performance by Yun Jin.

Note: Completing The Crane Returns on the Wind – Jade Chamber Rising in Genshin Impact allows you to unlock the Hangout Events for Ningguang and Yun Jin. Report: Sequel to Star Wars Jedi: Fallen Order may be revealed this year

By Iya Paterno3 hours ago
Guides

Destiny 2: How to get Merciless exotic fusion rifle

By Sam Robins5 hours ago
Guides