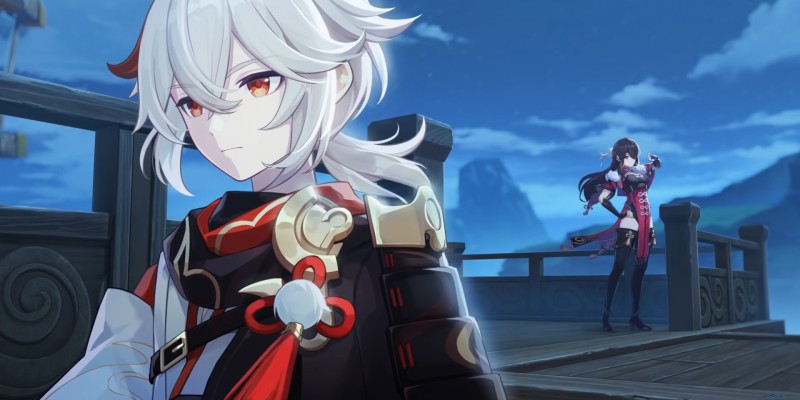 There’s a new Archon Quest that’s available in Genshin Impact. It’s called “Autumn Winds, Scarlet Leaves,” and it involves Kaedehara Kazuha and Beidou. To start it, you’ll first need to reach Adventure Rank 36. Likewise, you should’ve completed a pre-requisite Archon Quest called “We Will Be Reunited” (the one which led to a battle against the Abyss Herald). In any case, here’s our Genshin Impact guide to help you with the “Autumn Winds, Scarlet Leaves” Archon Quest, as well as the involvement of Kazuha and Beidou.

Note: For more information about the game, check out our Genshin Impact guides and features hub and version 1.6 overview. Lastly, now that the wish banner is available, you can take a look at our character build guide for Kaedehara Kazuha.

The “Autumn Winds, Scarlet Leaves” Archon Quest in Genshin Impact introduces you to Kazuha and Beidou. Once you’ve selected the quest, head to the teleporter north of Liyue Harbor. Paimon will say that you’ve already handled the first two Archons, so it’s time to head to Inazuma.

Talk to an NPC at the harbor who’ll advise you to visit The Alcor. It’s a Crux Fleet ship that’s anchored off the southeastern tip of Guyun Stone Forest. It’s marked on your map, so just find a tall rock formation and glide all the way there. 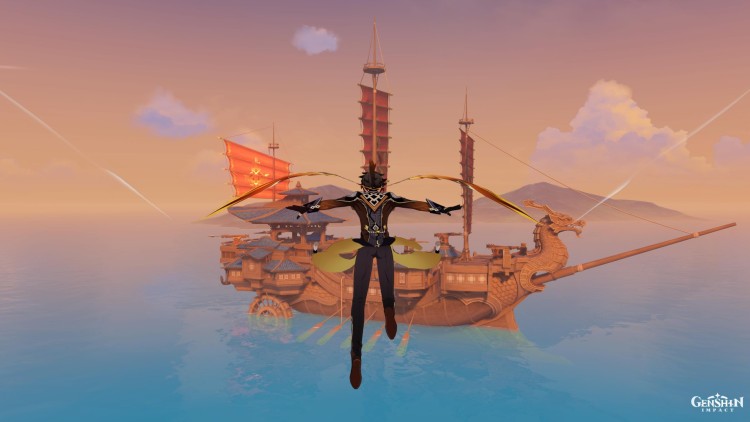 Once you’re on the ship, you’ll meet Beidou and Kazuha. It seems that Beidou has two particular prizes: a Masterless Vision (i.e., the objects that allow people to harness the elements) or safe passage to Inazuma aboard her ship.

To progress, you’ll have to win The Crux Clash, a mini-tournament in Guyun Stone Forest. 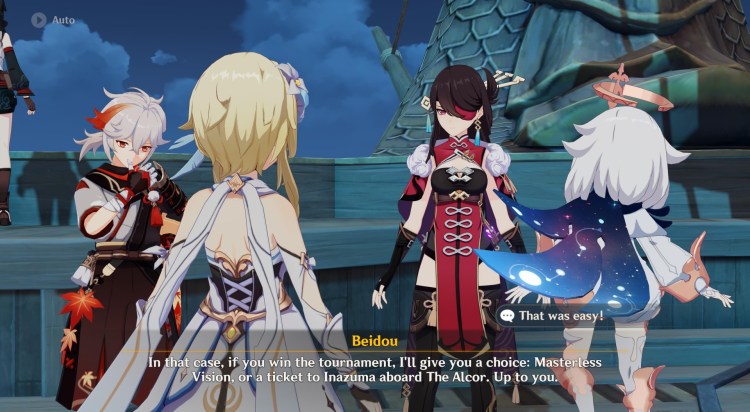 Go to the arena and meet the combatants. After speaking to the three contestants, you can start the battles. You’ll control the Traveler here, but you don’t need to worry about the character’s level (i.e., the Traveler should have 17,000+ HP).

Likewise, since this is a fight against those without Vision powers, Paimon even tells you not to use your elemental abilities. 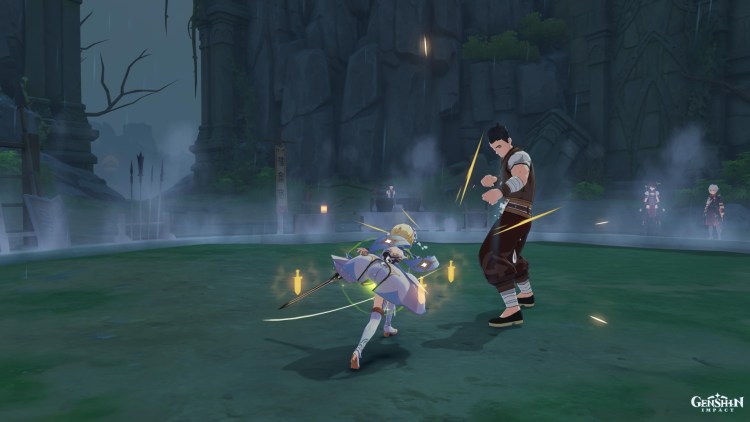 After winning your second bout, Kazuha asks you to meet up with him in a secluded location. Talk to this wandering samurai and fight a few slime mobs. He’ll be impressed since the Traveler doesn’t have a Vision, but his/her capabilities are unparalleled.

Once you do return to the arena, you’ll find that the Masterless Vision has been stolen. Chase the thieves by using the wind currents and rings to reach the opposite shore. There’s a fairly short time limit here, and resetting will place you back at the initial point. 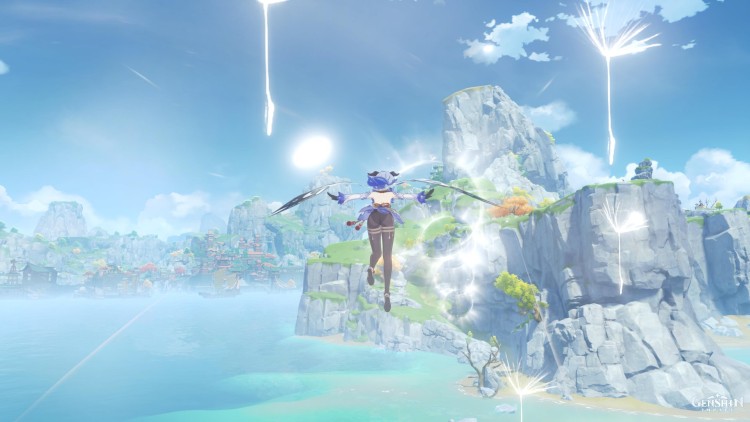 In the end, you’ll find a Treasure Hoarder named Fei the Flyer. He’ll fight you, but he’s still quite a pushover. He’ll give you the Masterless Vision once he’s beaten.

Kazuha will then admit why he wants to obtain the Masterless Vision. Apparently, it was previously held by a close friend. When Inazuma’s Archon, the Raiden Shogun, decreed that all Vision holders need to be hunted down, Kazuha’s buddy tried to engage her protectors in combat to no avail.

Seeing that his friend had fallen, Kazuha had no choice but to escape with the Masterless Vision. This act eventually led him to the Liyue region and Beidou’s ship. 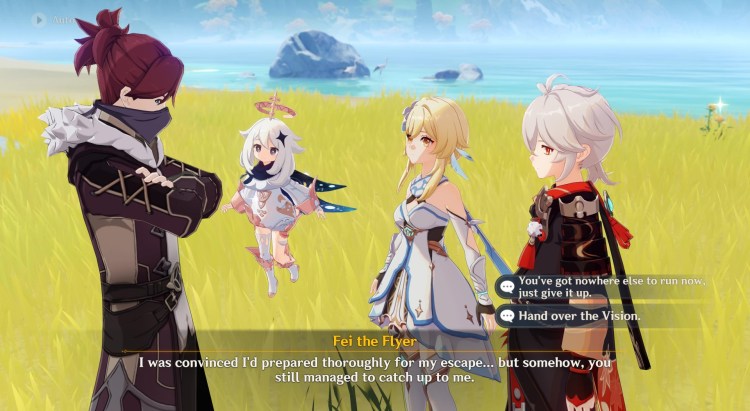 Once Kazuha finishes his story, you’ll be back at the makeshift arena in Guyun Stone Forest. Just remember that it’s possible for certain NPCs to be unavailable here (i.e., they’re part of other active quests which you’ll need to complete or progress further).

Anyway, the tournament organizer tells you that Beidou has left so she could talk to Ningguang. Meanwhile, Kazuha also leaves, promising that he and the Traveler will meet again.

This concludes Genshin Impact‘s “Autumn Winds, Scarlet Leaves” Archon Quest. For your efforts, you’ll receive rewards such as primogems, mora, and talent booklets. All we need to do is wait for a future update so we can actually travel to Inazuma. 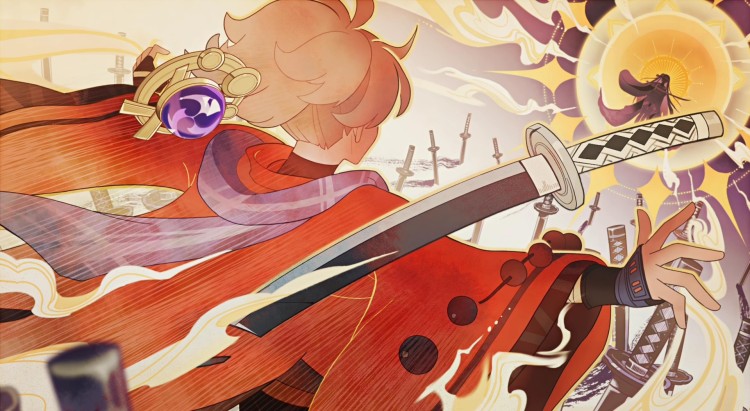 WitcherCon gets full schedule detailed ahead of July start