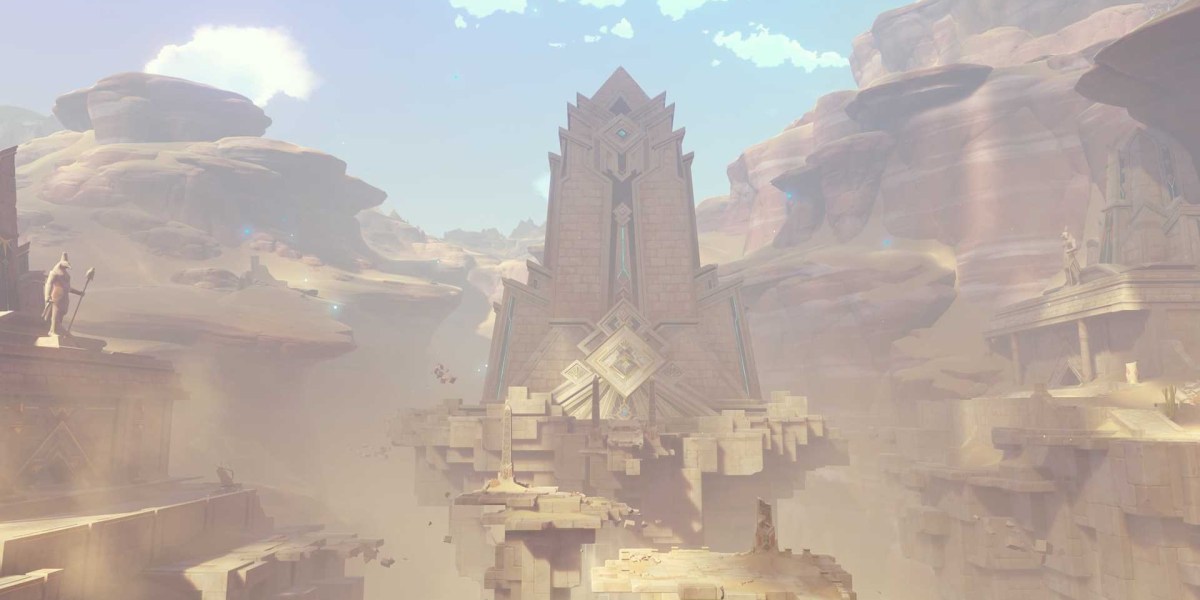 Let’s discuss the three trials that you need to complete in Khaj-Nisut. If you look at the map, you’ll see three markers (i.e., north, south, and west below the fast travel point). You can do these in any order.

This is the easiest of the bunch. Simply press the switch in front of the ornate object and jump down the hole. Defeat the construct mobs here to remove the switch’s seal. Activate it to reach the lower floor. Beat the other enemies there and press the switch.

There’s a new type of keystone-spawned device here. Basically, it’s a switch that causes some walls to turn transparent, allowing beams of light to pass through. This is pretty much what you’ll end up doing: picking up keystones, spawning the necessary objects, turning walls transparent, and making beams hit their intended targets.

This one might surprise you if you simply dropped down the pit (it’s a hard landing). Instead of empty air, there are invisible floors/tiles and walls here, akin to a hologram maze. The goal is to reach the bottom floor. You can do that by hugging the walls until you fall down. Keep at it until you can flip the switch to activate the mechanism.

Once you’ve passed the three trials of Khaj-Nisut in Genshin Impact, return to the device near the fast travel point. Interact with it to reveal the hidden temple itself. Grapple to cross the gaps and enter the temple proper. We’ll discuss more puzzles in the next part of our guide.

BPM: Bullets Per Minute just got a custom music update

By Alexa BeMent9 hours ago
Guides