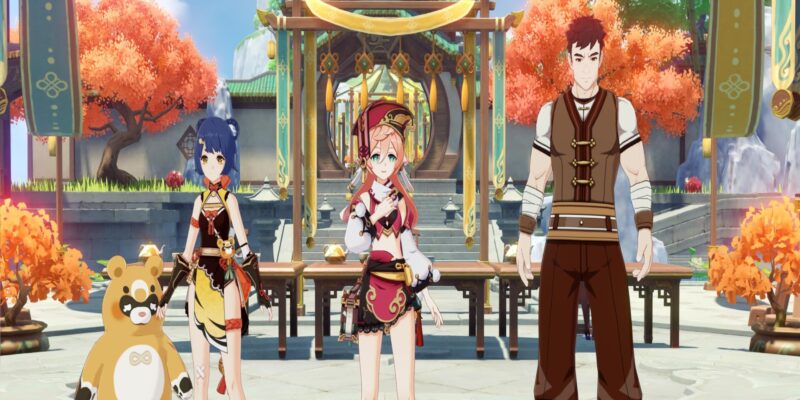 Genshin Impact’s new event has several kinds of activities that you can do. The main goal here is to reach 1,000 Festive Fever points. If you can reach this mark, you’ll unlock the next quest step. Here’s our Genshin Impact Moonlight Merriment Part 2 guide to help you conclude the event’s story.

Note: For more information about the game, check out our Genshin Impact guides and features hub, as well as our version 2.1 overview. Likewise, you can take a look at our main guide for the Moonlight Merriment event in Genshin Impact.

If you were able to collect Moonchase Charms/Mystmoon Chests and clear Trail of Delicacies challenges, there’s a good chance that you’ve hit the maximum Festive Fever threshold already. This unlocks the Moonlight Merriment Part 2 quest in Genshin Impact. The task itself is called “Three to Get Ready, and Here We Go.”

To start this, simply head to Wanmin Restaurant in Liyue Harbor. You’ll find Xiangling there. She’ll ask for tips from Ningguang, Xinyan, and Xiao. When you’re done, go to Yujing Terrace when it’s between 1000 and 1400. There, you’ll find that the Masterful Chef contest is taking place. 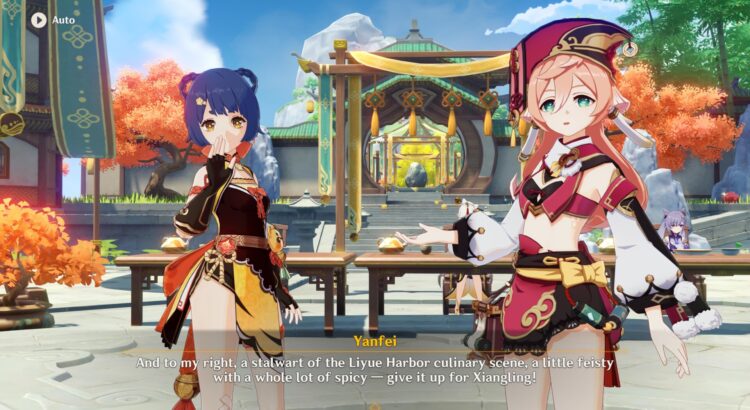 This contest is between Xiangling and Smiley Yanxiao and it’s officiated by several judges. You’ll control Xiangling here, and your goal is to cook the delicacies properly based on the clues that were given:

Even with this occurrence, Xiangling was still announced as the winner of the Masterful Chef competition. My guess is that this will happen regardless of what you do anyway. 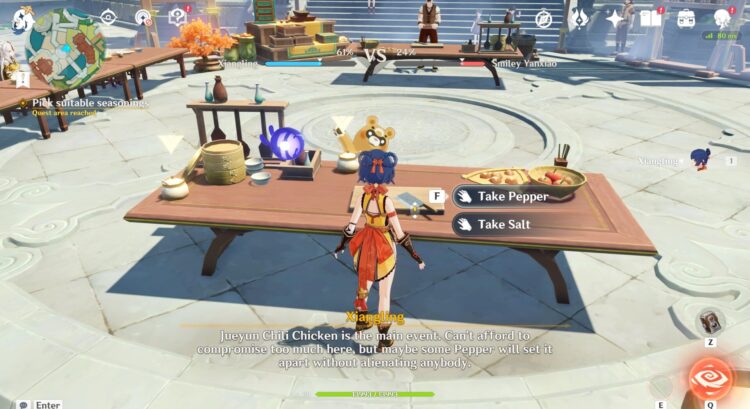 Talk to Keqing afterward and go back to Yujing Terrace and examine the stone. Keqing will give you a recipe for Chili-Mince Cornbread Buns (4x meat, 3x flour, 2x cabbages, and 2x jueyun chili). Go back to Wanmin Restaurant and trigger perfect cooking for this at the stove. Return to Keqing when you’re done.

What follows next might be one of the coolest reveals in Genshin Impact. The large stone cracks open, revealing a giant Guoba statue. Madame Ping arrives and tells everyone that Guoba isn’t just some odd teddy bear. He’s actually the Stove God from legend and an old friend of Zhongli, too. Guoba was someone who helped the people of Liyue before deciding to transfer his power to the soil, enriching it for generations to come. After many years of slumber, this diminutive Stove God was found by Xiangling and he’s followed her ever since.

After the cinematic, the group will chat for a bit. This will conclude the Moonlight Merriment Part 2 event in Genshin Impact. Now, even if the story itself has reached its finale, there are still more activities that we can do. Another stage, known as the Path of Austere Frost, is expected to go live within a few days. We should be able to acquire more refinement materials for the Luxurious Sea-Lord claymore. 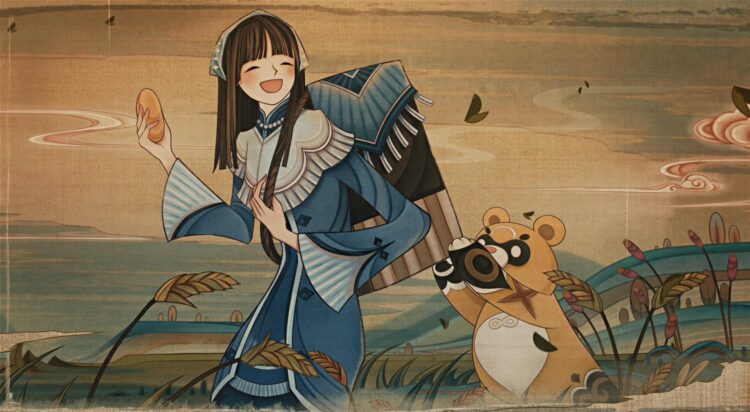