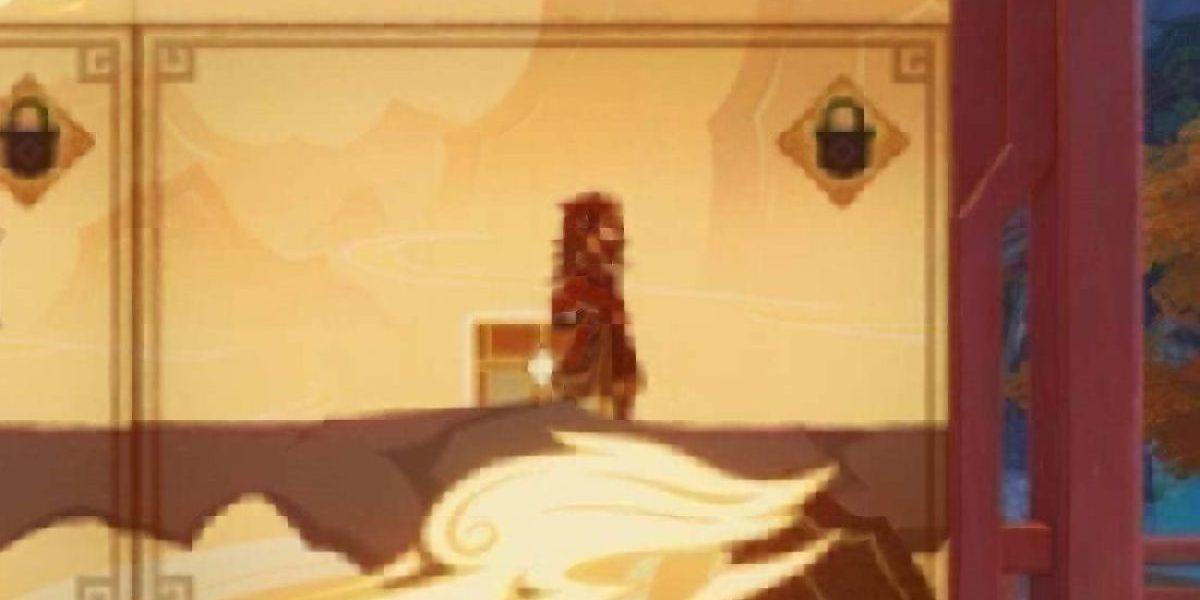 Across Mountains is the Day 2 Paper Theater challenge in Genshin Impact. It’s slightly more complicated than the Homecoming scenes given that there are more locked sections, as well as parts where your character could fall, causing the attempt to end prematurely. Here’s our Genshin Impact Paper Theater Across Mountains guide to help you with this activity that’s part of Lantern Rite 2023.

For Genshin Impact’s Across Mountains puzzles in the Paper Theater activity, we’ve labeled some of the unlocked slides based on their starting positions. Additional instructions we provide are based on whatever might be the new slides/landscapes in that spot once you’ve moved them around. 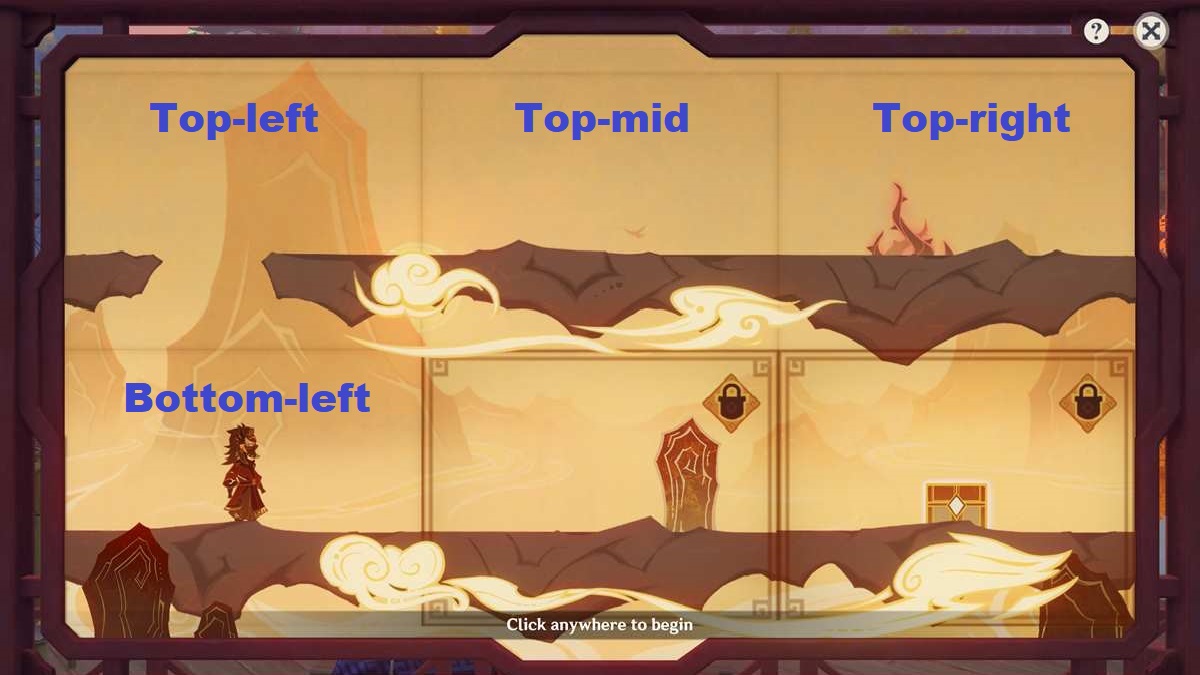 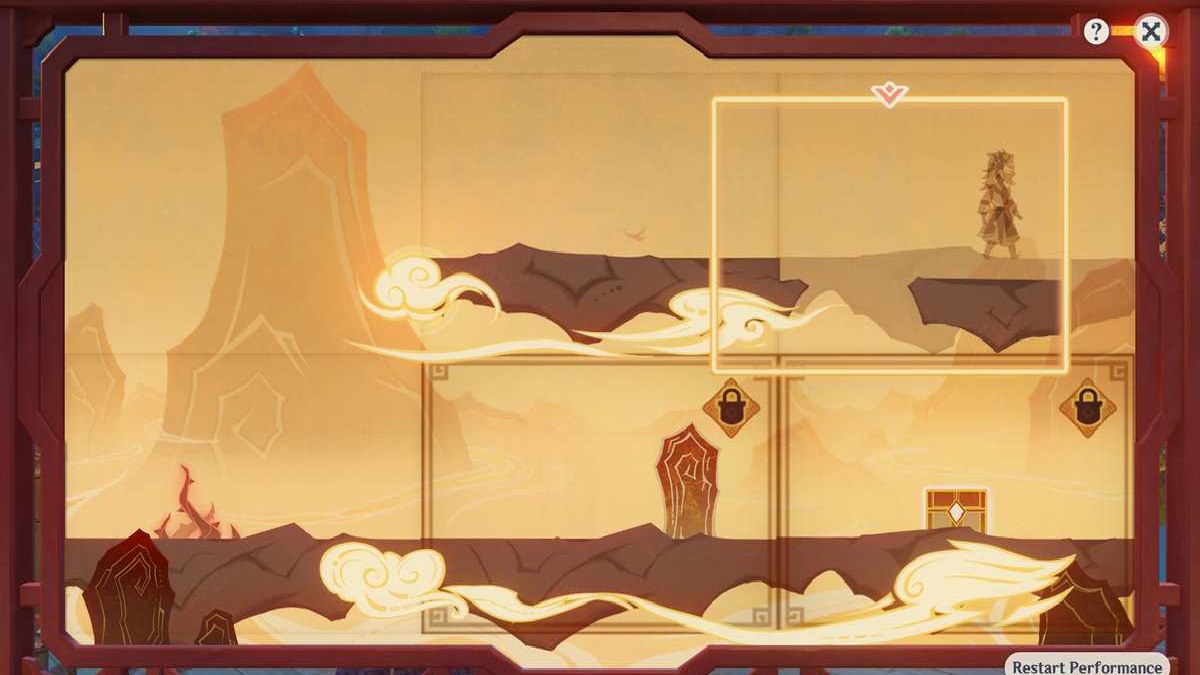 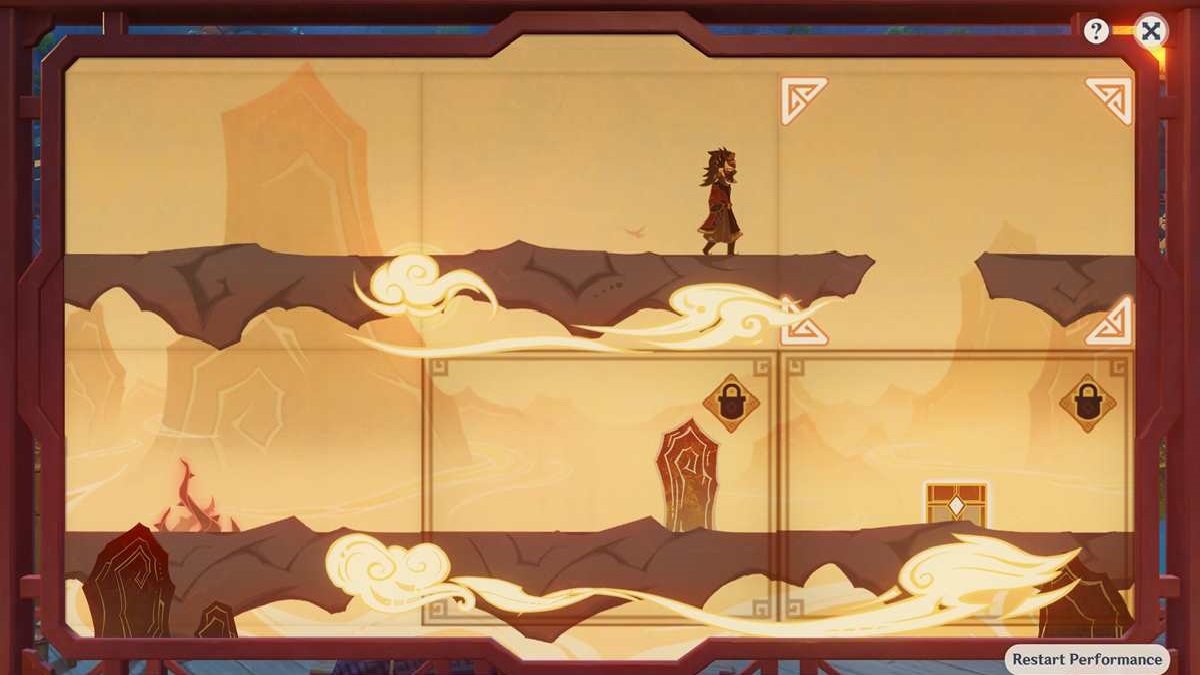 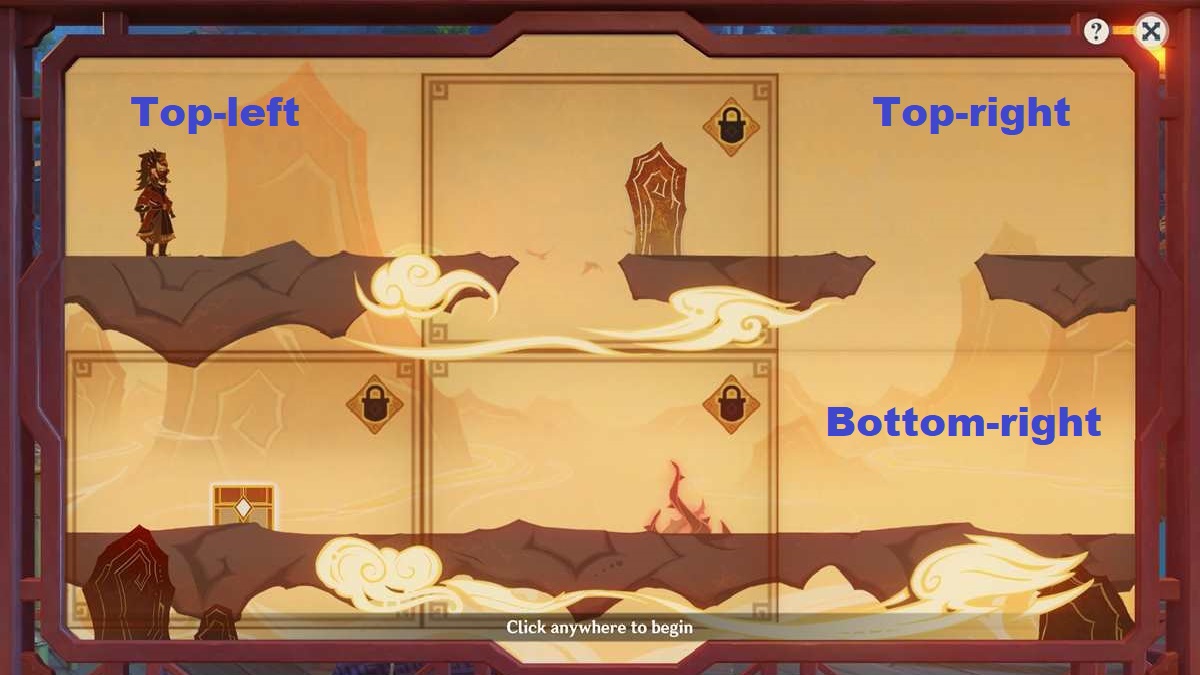 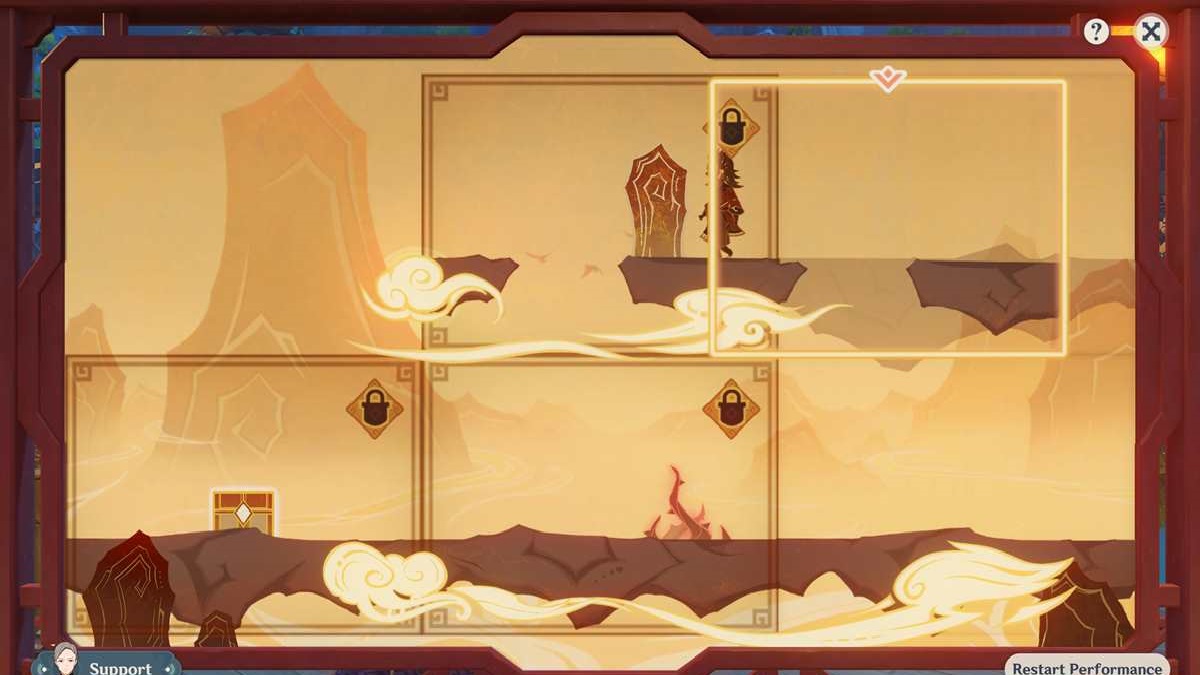 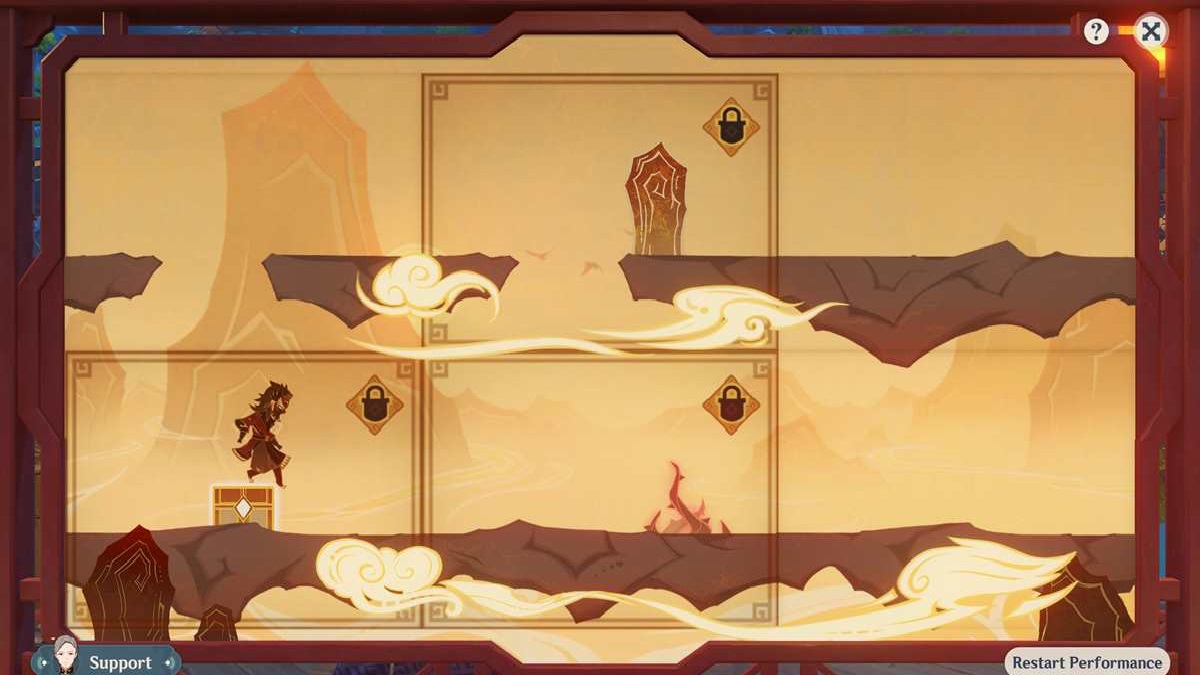 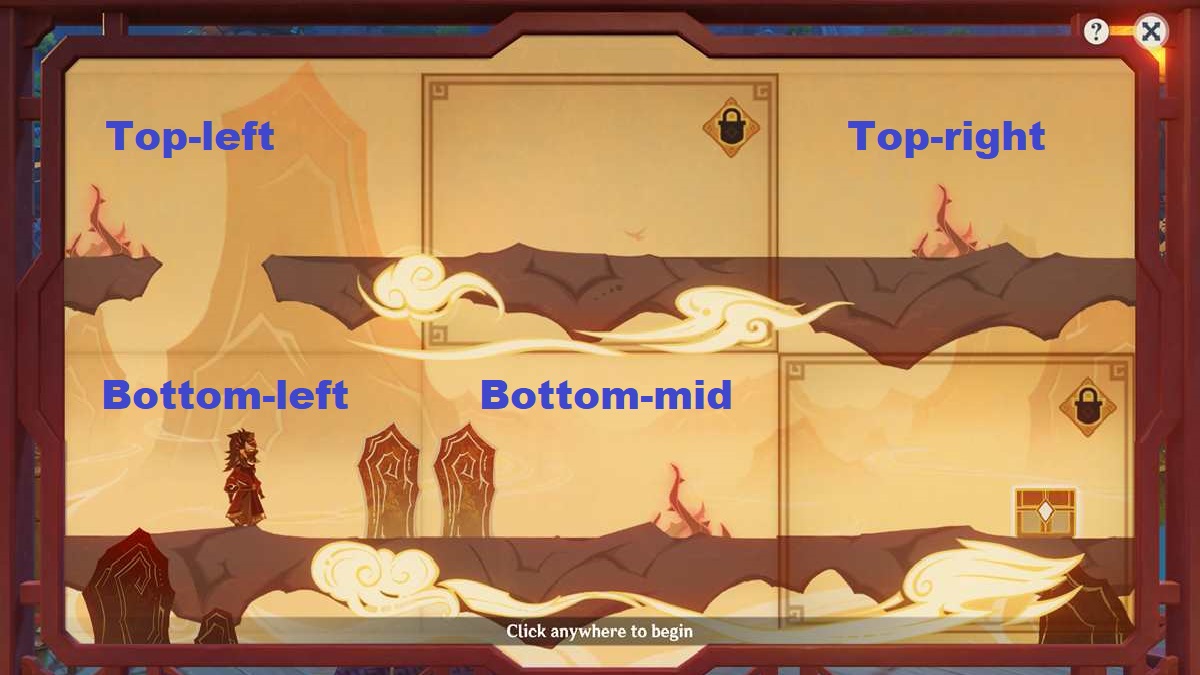 This completes all Genshin Impact Across Mountains scenes for the Paper Theater activity. Next up, you’ll do the Over Peaks challenges. 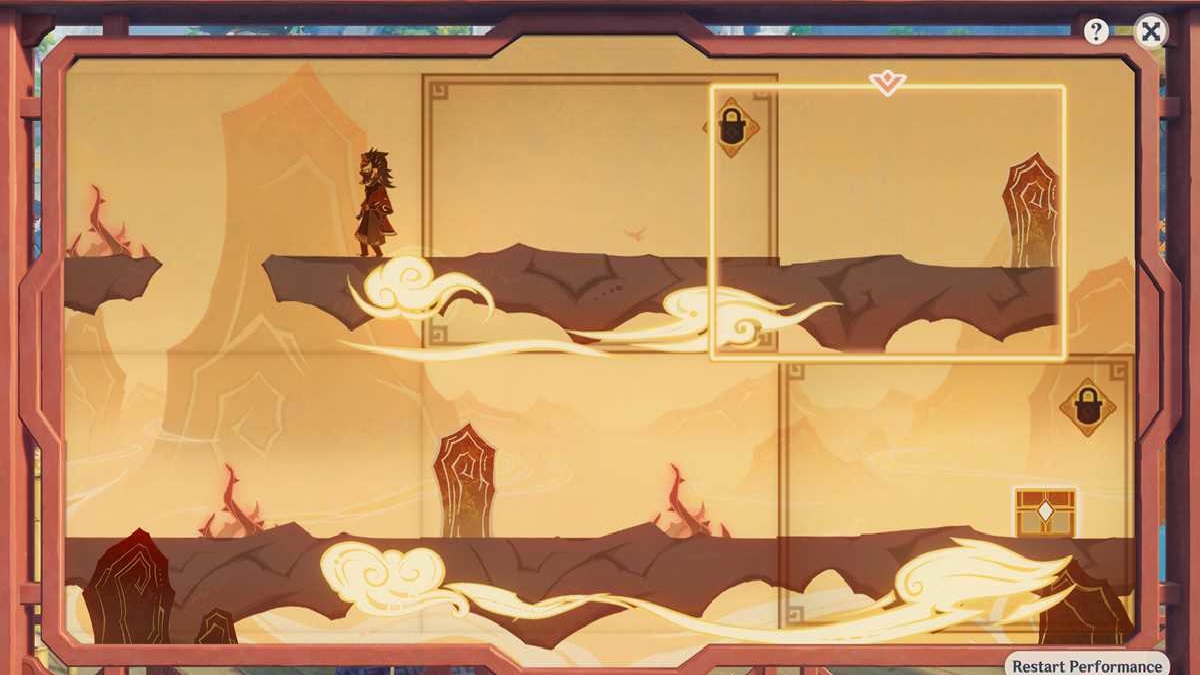 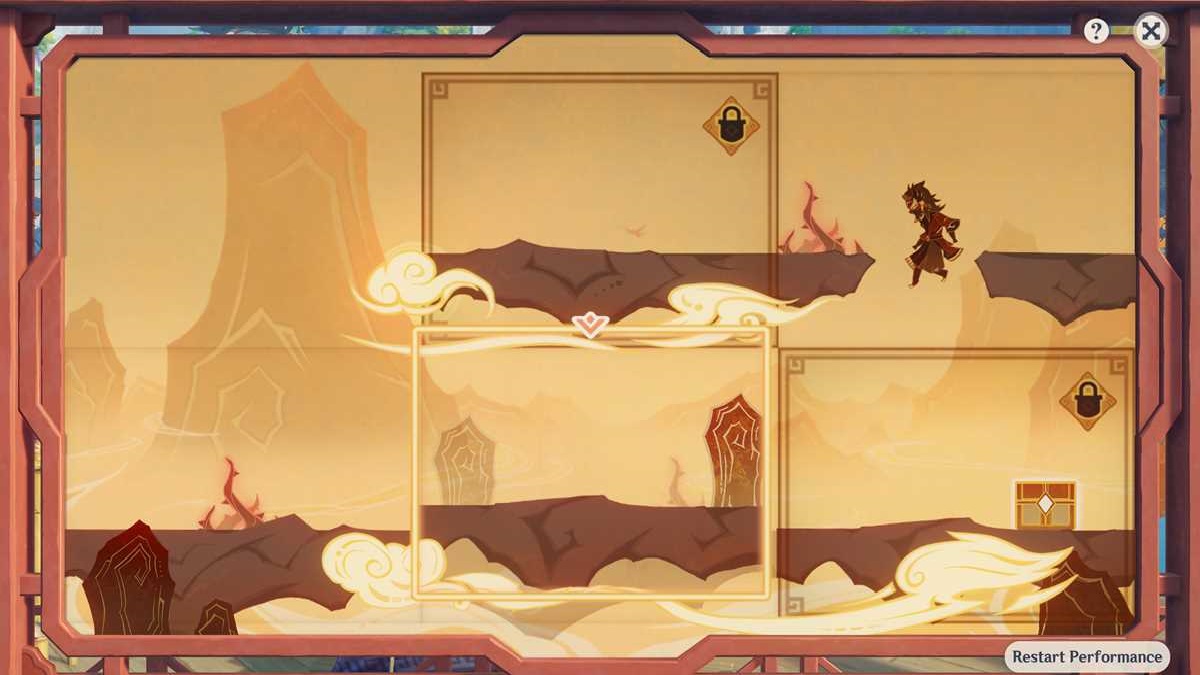