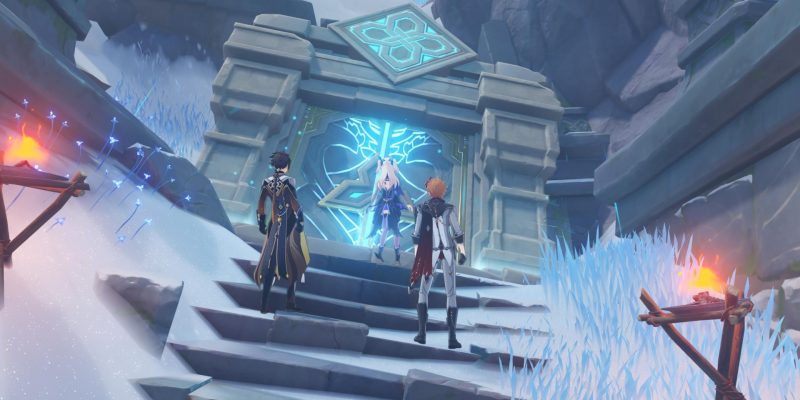 There’s a shard here that needs to be destroyed to remove the air current that’s blocking the way to the summit.

You’ll notice several Ruin Guards that seem to be slumbering. Next, take a look at the Seelie that’s floating on top of a switch. It’ll float towards various Cryo totems that need to be activated in order. 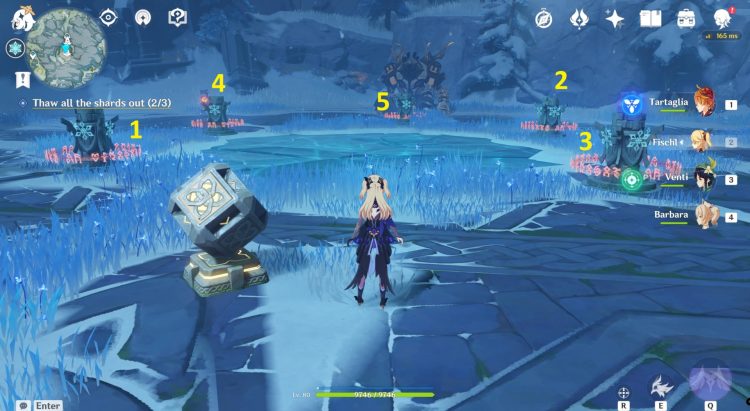 After all the totems have been activated, two Ruin Guards will attack. Take them out.

Next, you’ll have to eliminate a Ruin Grader, a powerful mob with Geo laser abilities. 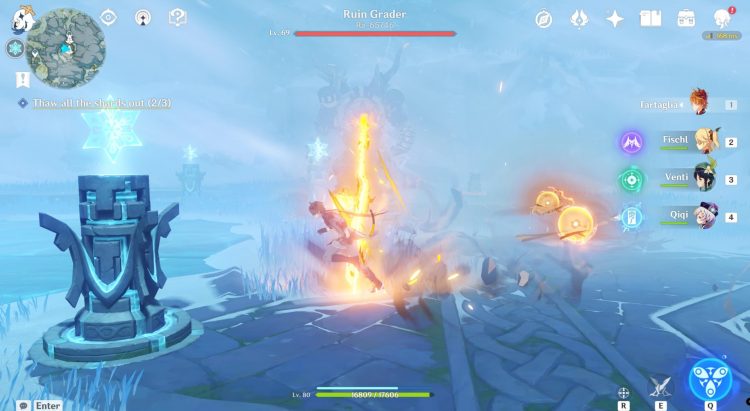 With these mobs gone, the ice will crack open to reveal a chamber below. Here, you’ll find the second shard and three Scarlet Quartz nodes.

Use the warming buff from the three nodes to deplete the shard’s health by 75%. Okay, so, what about the fourth node? 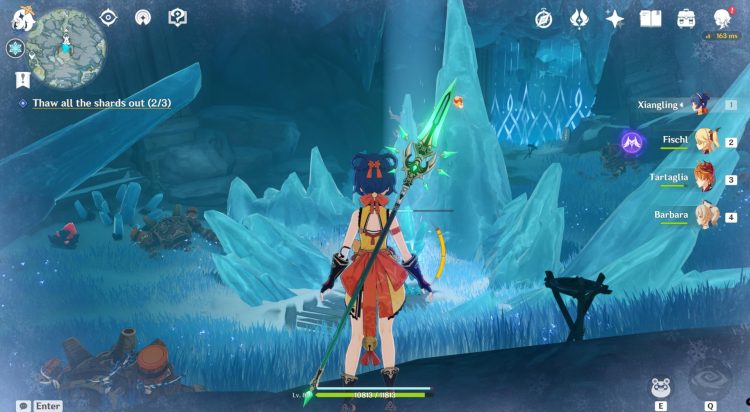 Well, notice the Seelie that’s next to the crystal? That’s readily seen.

The second one, however, will appear if you use a Pyro skill at one of the snow-covered humps near the wall (it’s between two of the deactivated Ruin Guards to your right as you jump down). 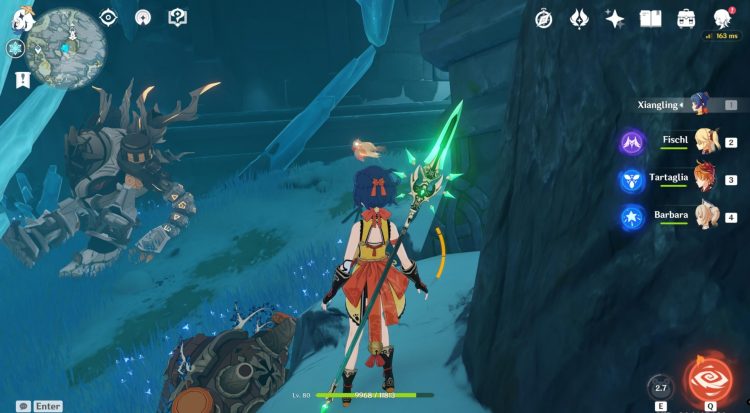 After the two Seelie have reached their pedestals, the locked gate will open. You can grab the two chests here and use the buff from the fourth node to break the shard. Anyway, let’s talk about the third and final shard in Starglow Cavern.

Note: As an aside, this underground location happens to have a stone tablet that you can interact with. You’ll need to find eight stone tablets in Dragonspine to obtain the Snow-Tombed Starsilver claymore. 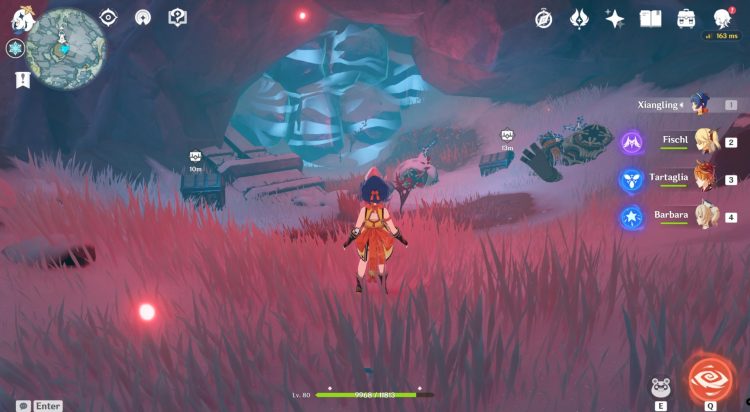 Genshin Impact: The Chalk Prince and the Dragon event guide

By Kurt Perry27 mins ago
Guides