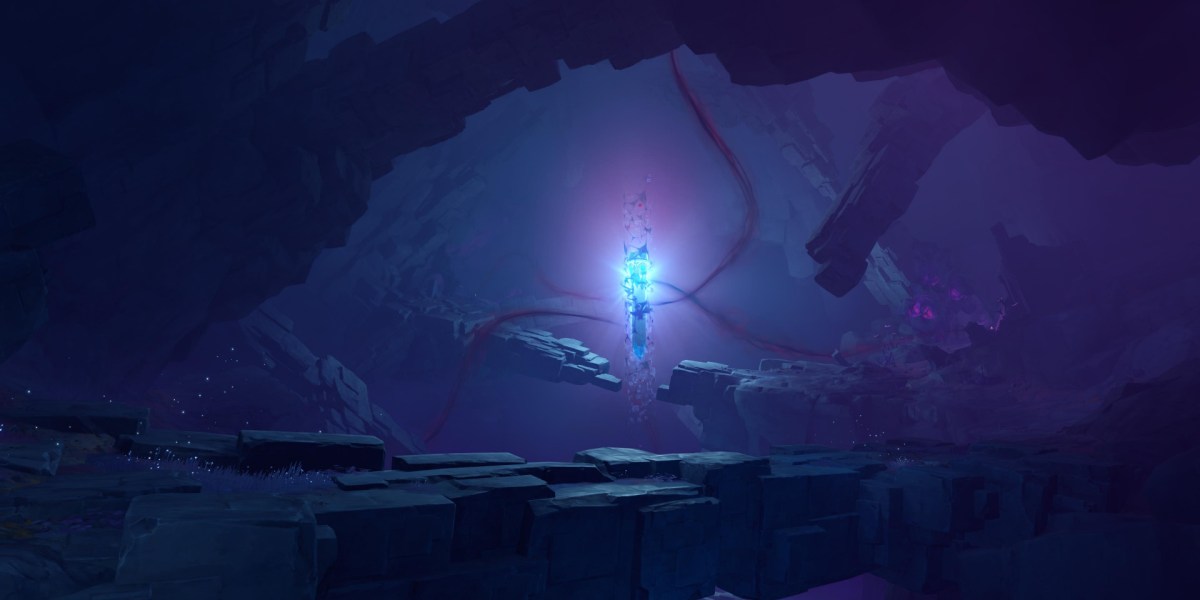 Once you’ve made it past the dark fog, you’ll be able to reach the deepest part of The Chasm in Genshin Impact. This is where you’ll conclude this fairly lengthy arc. Here’s our Genshin Impact guide to help you purify the large crystal to finish the Chasm Delvers quest.

After traveling west of The Glowing Narrows, you’ll meet up with Zhiqiong again. You can then use the Key to a Stony Hall to open the doorway. In the next tunnel, you’ll see a campsite that has a Fatui Log and another Lumenstone Ore. Beyond this place are several ledges, as well as a pit with a passageway.

Down below, you’ll fight Rethel, another named Banished Knight. Similar to the other variants, he’ll drop Statuette materials. Continue onward until you reach the cavernous room with the large crystal. To purify the large crystal in Genshin Impact, you’ll need to do the following: When all five devices have been fully cleansed and activated, head back to the fast travel point. Go to the ledge and hit the large crystal. This will trigger a cutscene and you’ll have to face a Ruin Serpent.

Its abilities are similar to the regular variant/farmable miniboss. As such, it’s up to you if you want to use the Blooming Light to destroy the ooze growths, or just brute force and power through it. Once the Ruin Serpent reaches 25% health, Paimon will remark that it’s very tough. Suddenly, another cutscene will play. This time, the mysterious individual from earlier will reappear. It’s none other than Yelan, a character that’s yet to join the game’s roster.

Anyway, now that you’ve purified the large crystal in Genshin Impact, you can go back to the Adventurer’s camp. Talk to Zhiqiong and the other NPCs here, then return to Muning who’s still topside. This will conclude the Chasm Delvers quest chain. 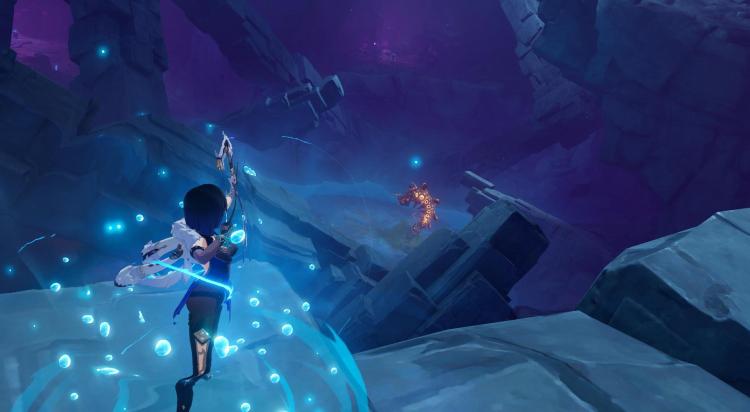 Genshin Impact: How to clear the dark fog and ring the two bells

Genshin Impact: How to beat the Ruin Serpent for Runic Fangs