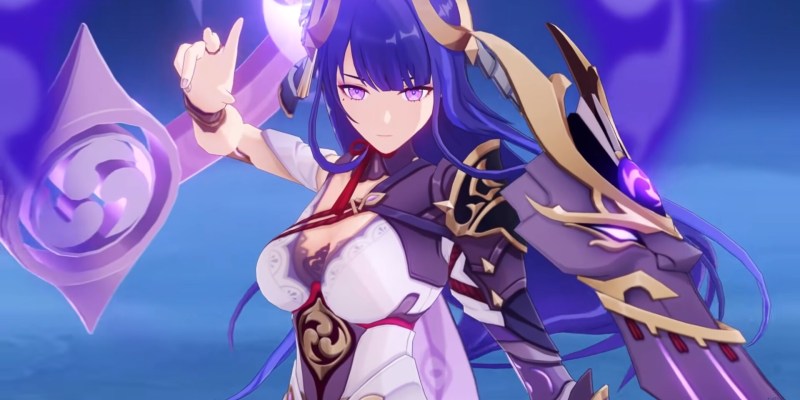 You can fight the Raiden Shogun as a weekly boss in Genshin Impact now that the version 2.5 update is available. Your encounter with the construct as part of Raiden Ei’s story quest should give you an idea of what to expect. However, the variant in the trounce domain, the End of Oneiric Euthymia, is even more brutal. Here’s our Genshin Impact guide to help you defeat the Raiden Shogun weekly boss, also known as the Guardian of Eternity. This is also the battle where you can obtain new high-end talent materials, such as The Meaning of Aeons for Yae Miko.

Raiden Ei’s story quest had a multi-phase encounter against the Raiden Shogun (I’ll refer to your good pal as Ei and the construct as Shogun/Guardian of Eternity to avoid confusion). However, the weekly boss fight is more hectic, and the actual mechanics are in play. While the Raiden Shogun weekly boss in Genshin Impact is in her normal form, she’ll have the following abilities: Naturally, the Raiden Shogun weekly boss in Genshin Impact will still hit your characters no matter how hard you try. As such, she’ll turn into a daemonic golem. During this phase, you’ve got two choices. First, you can attack with elemental reactions to break her shield faster, but it’s risky since she’ll be dealing more damage as well.

Alternatively, you can just watch your opponent’s moves and do everything you can to dodge. Because her shield will get depleted for every attack sequence that she does, she’ll be back to her normal form where you can drop her HP. As for her abilities, you’ll have to watch out for the following: Note: Speaking of Zhongli, his pillar/stele does get destroyed by some of the moves. However, if you’re on top of one, you can jump over projectiles that travel along the ground. Once you lower her shield, she’ll be stunned for several seconds. You might have your bursts again, so this would be a good time to nuke her. If she ends up damaging your characters and powering up her shield once more, then you’ll have to repeat the above process.

After beating the Raiden Shogun weekly boss in Genshin Impact, you’ll receive a bunch of items like The Meaning of Aeons and Vajrada Amethyst. These can be used to improve Yae Miko’s talents. By Cameron Woolsey14 mins ago
Guides