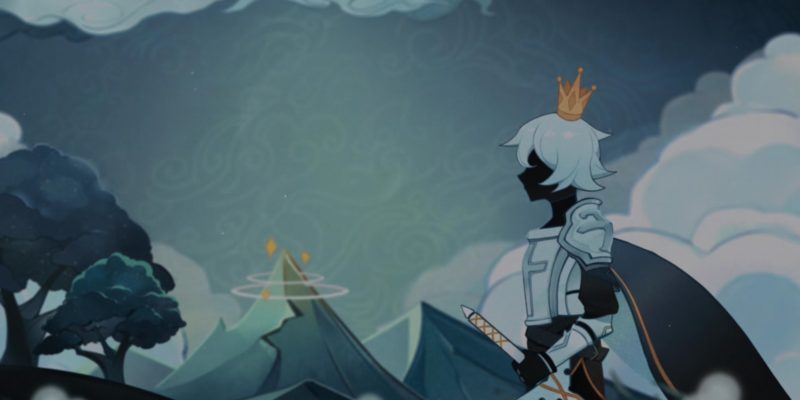 Genshin Impact‘s version 1.1 update is now live and with it comes a slew of new content. These include new quests, characters, trials/test runs, and more. Of course, one of the biggest additions is the reputation system which provides lots of rewards, including extra features and the game-changing Condensed Resin. Here’s our guide to help you out.

To get started with Monstadt’s reputation system, you’ll need to complete “The Outlander who Caught the Wind – Prologue: Act I.” Then, speak with Hertha. She’s in the northern section of Mondstadt.

You’re then shown Mondstadt’s reputation screen. This has additional panels for bounties, requests, world exploration, and Monstadt quests. Likewise, you’ll see the reputation EXP values that each task or tally provides. Think of it as similar to Genshin Impact‘s Battle Pass. There’s a list of goals and you gain EXP as you complete these. 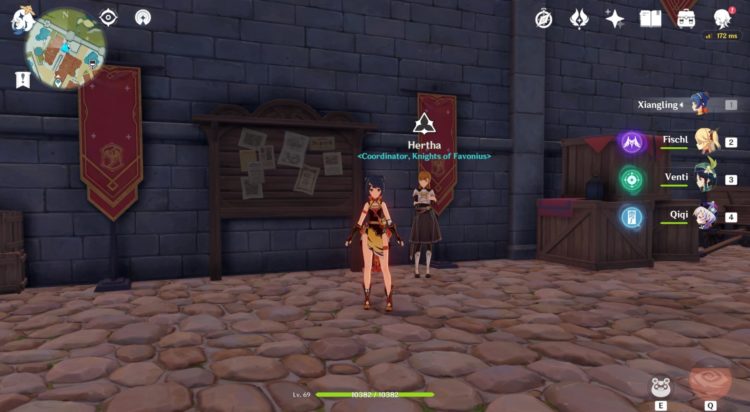 World Exploration – As far as I know, this refers to just roaming around Genshin Impact‘s Monstadt or Liyue region while finding secrets like chests, seelie, and anemoculi/geoculi. 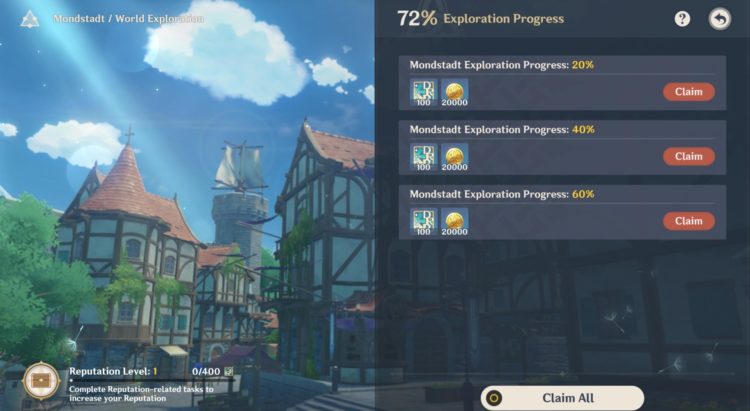 Bounties – These are specific enemies that you need to kill in the game world. They can be marked on your map. Each bounty can provide 60 to 100 reputation EXP.

Once you do reach the location, you have 10 minutes to find three pieces of evidence and eliminate the target. You’ll need to use your sight (press the middle mouse button) and follow the elemental lines to guide you to a spot. After finding all three, you’ll be able to battle your foe.

My advice is to pick the ones that provide 100 reputation each time. Although the enemy target will be tougher, at least you get the most EXP each attempt. 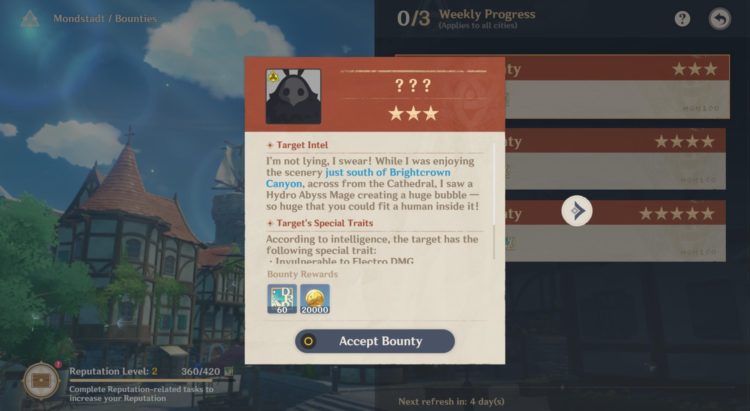 Requests – These are tasks from specific NPCs in the region. For instance, one might ask you to bring a few pieces of raw meat while another wants 10 sweet flowers. NPC requests provide 40 EXP each. 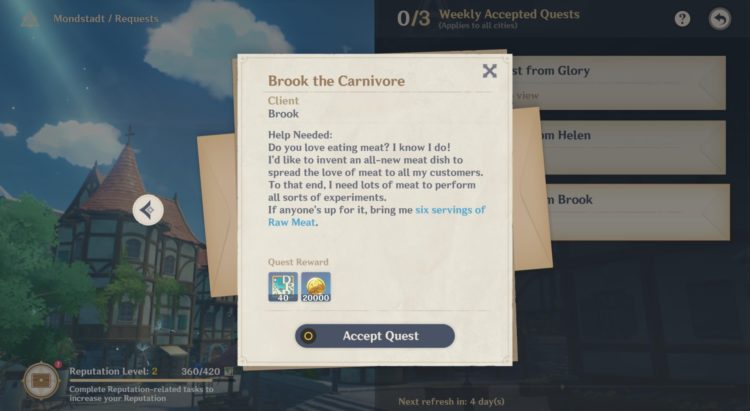 The important thing you have to remember is that you may only complete three bounties and three requests each week. This applies to both Monstadt and Liyue. As such, you have to discern which region to prioritize based on the rewards that you can get. If you’re prioritizing your reputation in Monstadt, then you’d have a tough time gaining Reputation in Liyue if you’re above the weekly task limit.

Furthermore, if you want to see what Liyue’s reputation panel looks like, you’ll need to finish “Farewell, Archaic Lord,” the quest that follows Rite of Descension. Talk to Ms. Yu in Liyue Harbor to see the reputation rewards and tasks for the region. 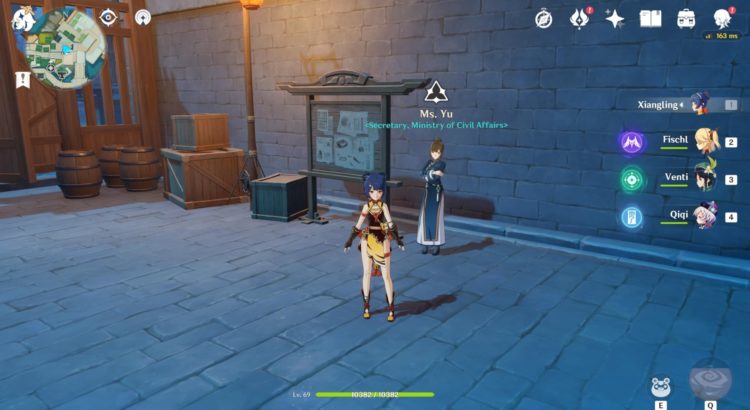 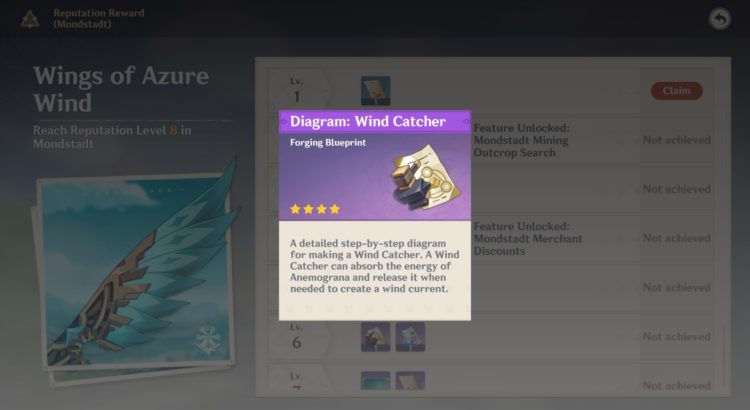 The reason is due to Condensed Resin. Normally, you’d spend 20 Original Resin when completing Ley Line Outcrops and Abyssal Domains. However, the Liyue Reputation system reward at rank 3 lets you create Condensed Resin.

Upon learning the recipe, you need to go to an alchemy bench and craft Condensed Resin using the following:

Note: You can have a maximum of three Condensed Resin at any given time in your inventory. If you run out, just go back to an alchemy bench and make more. 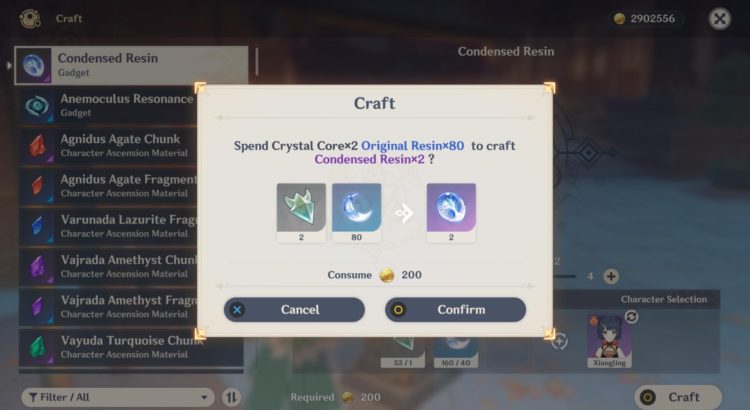 Next, when you do a Ley Line Outcrop activity or when you’re farming Abyssal Domain drops, interact with the tree/object. You have the option of using your Condensed Resin.

Think of it as spending 40 resin in a single activity. In return, it also doubles the rewards you get. That means you’re spending less time farming for artifacts and materials since one attempt already nets you extra rewards as if you did two. 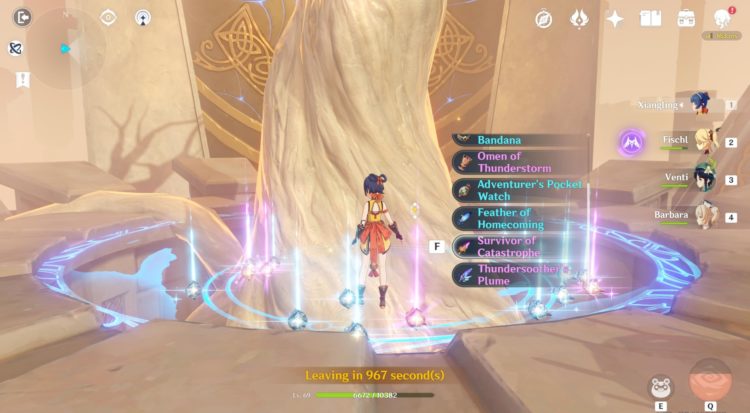