Genshin Impact‘s version 1.5 update, “Beneath the Light of Jadeite,” has a lot of refreshing content for players. One key addition is the Ridge Watch domain which rewards you with two new artifacts. However, the opponents here can be very annoying (and we know just which kind of mob annoys people the most in Teyvat). Anyway, here’s our Genshin Impact guide to help you with the Ridge Watch domain and the two new artifact sets, the Pale Flame and the Tenacity of the Millelith.

The Ridge Watch domain in Genshin Impact is located east of Stone Gate and north of Wyrmrest Valley. You can’t fast travel to it just yet. Still, the quickest route to get here is by using the fast travel point north of the Entombed City Outskirts in Dragonspine. Keep going north until you reach the domain.

Once you’ve interacted with the domain, it becomes a fast travel point as well. It actually speeds up your exploration of Stone Gate’s plateau, so it would no longer be a hassle when you’re farming for Jueyun Chili or Dandelion Seeds. 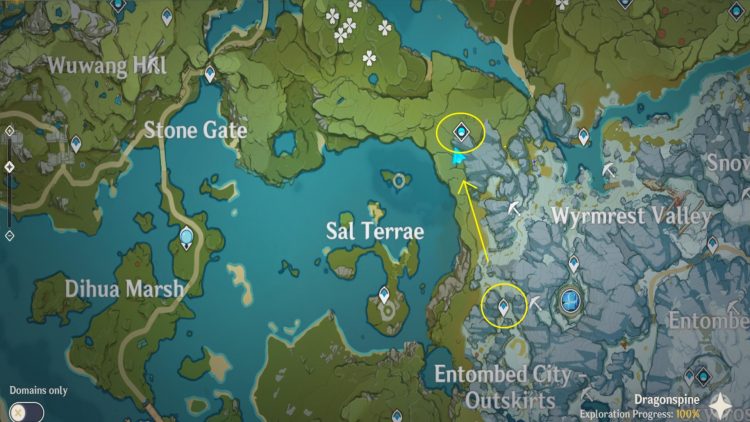 Okay, so, what can you expect from the level 90 version of the Ridge Watch domain? First, your targets here are two Geovishaps and you’ve got five minutes to kill them. I told you, these are the most annoying mobs in the game.

Second, there’s a Ley Line Disorder modifier. Enemies that attack a character protected by a shield will suffer a backlash of AoE damage. This instance can occur once every two seconds. That means you’ll want at least one character who can generate a shield (i.e., Albedo, Zhongli, Diona, and others) just to maximize this effect. 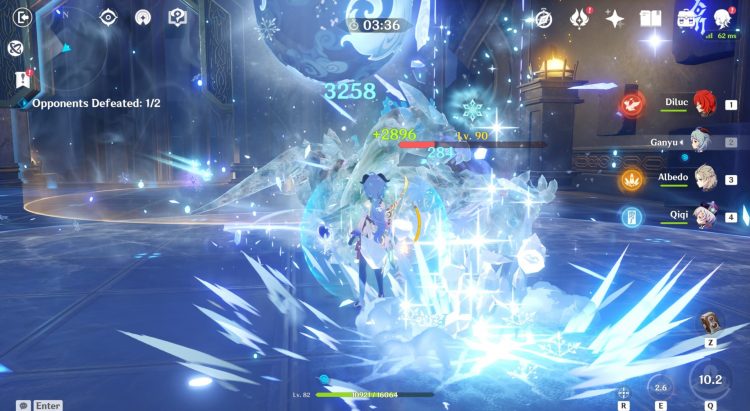 After defeating the two opponents, you can pick up your loot. The Ridge Watch domain in Genshin Impact nets you low-tier artifacts such as the Brave Heart and Martial Artist sets. However, it’s also where you’ll find the two new artifact sets that were added in this update: 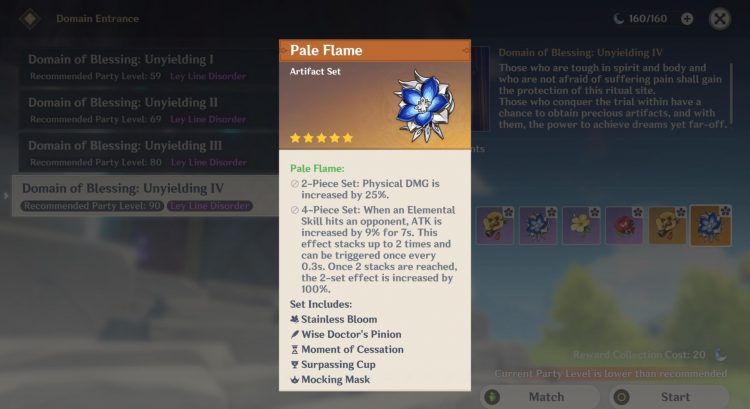 From a quick glance, it seems that these two new artifact sets in Genshin Impact can be quite viable. The Pale Flame set, even with just its two-piece bonus, could strengthen characters like Xiangling, Rosaria, Razor, and a physical-build Keqing. Still, I’ve yet to see the DPS output if I combine it with the two-piece bonus from Bloodstained Chivalry. As for the four-piece bonus, it’s definitely something that pure physical characters would want.

Meanwhile, the Tenacity of the Millelith’s two-piece bonus looks okay on Diona, Zhongli, and Hu Tao due to the extra HP. The four-piece bonus, though, can be a little tricky since the effect only lasts three seconds. I think it might be viable for Albedo even if his skill coefficients are based on his defense. This is primarily because it’d beef up his shields, and he’s not on the field as often anyway. I’ve yet to do more tests, so I’ll update the guide accordingly in the near future. 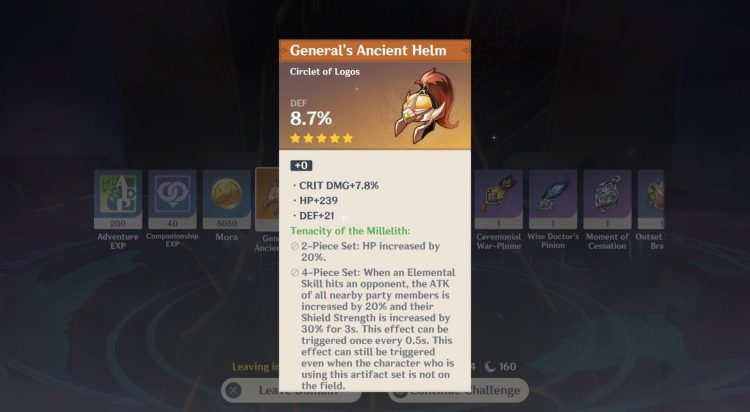