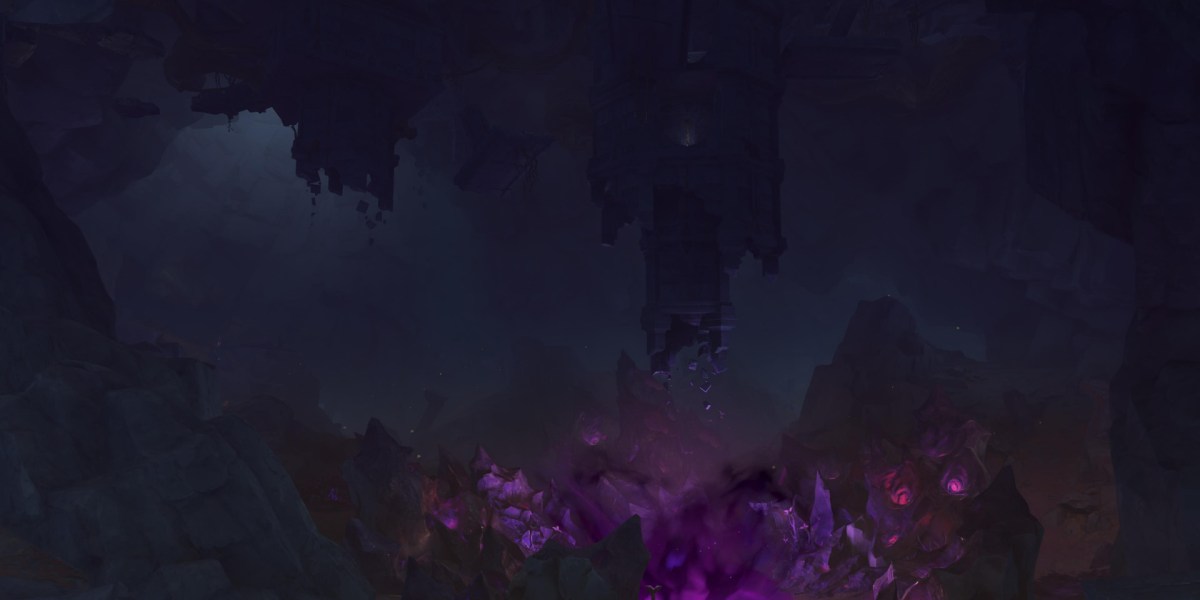 After activating the Stony Halls mechanism in Genshin Impact, the pit in the center will open. It’ll lead you to another section of this underground zone. Here’s our Genshin Impact guide to help you clear the dark fog in The Chasm by ringing the two bells.

The dark fog in Genshin Impact is found in an area called the Nameless Ruins. Once you get close enough, you’ll realize that you can walk along the sides. From here, you’ll need to ring two bells in the northern and southern sections. Just follow the pathways and tunnels until you get to those sections. You’ll see a tower in the distance. There’s a Seelie near the ground level. If you follow it to the pedestal, the object will continue to pulse so you can regenerate your gadget’s light charges. Then, once you reach the rooftop, you can activate a mechanism to unlock the totems. However, because they’re still covered in ooze, you need to use your Blooming Light (“Z” key) to destroy the corrupted growths.

The moment you do that, a couple of Banished Knights will spawn. Eliminate them and keep cleansing the totems until the bell is visible. Go ahead and hit it with your weapon to finish this part. Upon checking the map, it doesn’t look like this area has a name, so I’ll just call it Stony Halls (even though it’s south of that). Continue along the tunnel and glide across the gap until you see a fast travel point and a tower. Kill the Ruin Grader that’s guarding this spot. Inside the tower, you’ll see a totem that can be activated using three light charges. It will continue to refill your charges whenever you’re near. Likewise, there are two Seelie here as well. Go near them to cause them to move — you’ll want them on opposite sides to light up the tombstones/lanterns.

With that done, go near the last tombstone/lantern to complete this puzzle and spawn a Precious Chest. You can also ride the wind current to the top. On the roof of the tower, there’s a Seelie near a lantern. Go to the opposite one to make the floor open wide. Then, follow the Seelie until it reaches its pedestal.

Take out the Ruin Grader here and ring the bell behind it. After ringing the two bells in Genshin Impact‘s Chasm zone, it’s time to return to the dark fog in the Nameless Ruins. The mists should now be dispelled.

Once you go to the middle, you’ll battle two Abyss Heralds (Electro and Pyro). Use your AoE abilities and nuke them to speed things up. 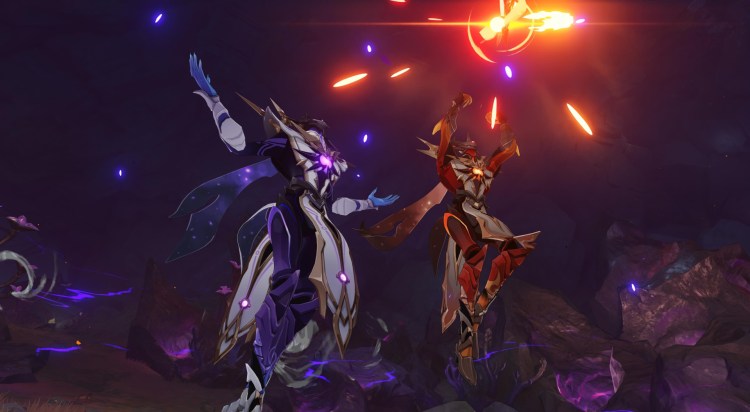 You’ll now be able to travel to the southwestern section to a place called The Glowing Narrows. But, before you get there, your pals will set up their camp near a teleporter. This is also when you’ll receive the Key to a Stony Hall, a quest item that will be used in a short while.

Moreover, once you drop down, you’ll fight Roneth, a named Banished Knight. He drops Statuette materials once he’s downed. In the Glowing Narrows, you’ll find these tidbits: Genshin Impact: How to purify the large crystal

By Daniel Pinheiro27 mins ago
Guides