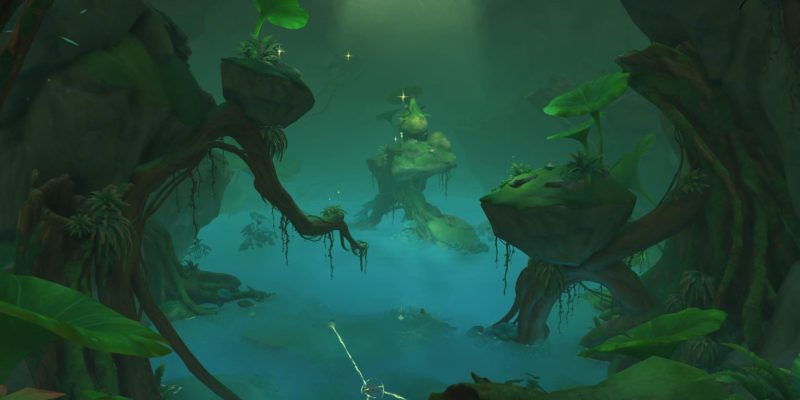 As you’re out and about meeting new fungal/floral friends in Genshin Impact, you’re bound to encounter more who need your aid. One, in particular, gives you a useful gadget that can harness powers. Here’s our Genshin Impact Starry Night Chapter guide to help you with this quest that’s related to Aranyaka Part 2 and Adventure with Aranara.

If you check the Aranyaka book in your quest tab, you’ll notice a part that talks about helping Aranara in various locations, such as Gandha Hill. Go ahead and use the Gandharva Ville Statue of the Seven and look below you. You should spot a group of Eremite mercenaries. Approach them to begin the Starry Night Chapter quest in Genshin Impact. 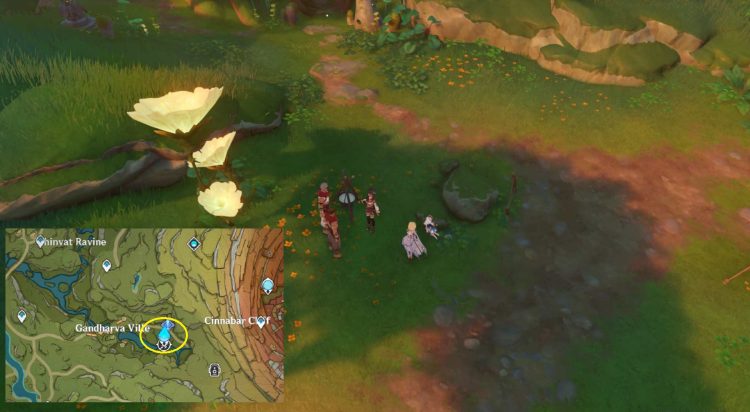 After the trio of mercs leave, an Aranara named Aranakin will pop up. He’ll provide you with the Kusava, a gadget imbued with the powers of Aranara.

His ability lets you repair destroyed totems in the area. You can use it on the nearby object and hit it with Dendro to open the cave entrance.

Inside, you’ll find even more totems and switches. Follow the seelie as it floats around until you’re able to lower the water level. This lets you go near the Zohrah Mushroom which, unfortunately, isn’t the one that Aranakin wants.

Note: You’ll receive a prompt to leave the area. Follow the tunnels heading outside and do not teleport to the overworld. Otherwise, you might have a hard time trying to find the cave again.

Go to the next objective marker to reach another cave. The three mercs are here, but you’ll be able to enter. Again, you’ll use the Kusava to repair totems (cleansing the Withering Zone isn’t really required).

Anyway, two of the totems are right next to each other, and the third is behind a sealed wall which can only be opened by using a charged attack with the Dendrograma buff. 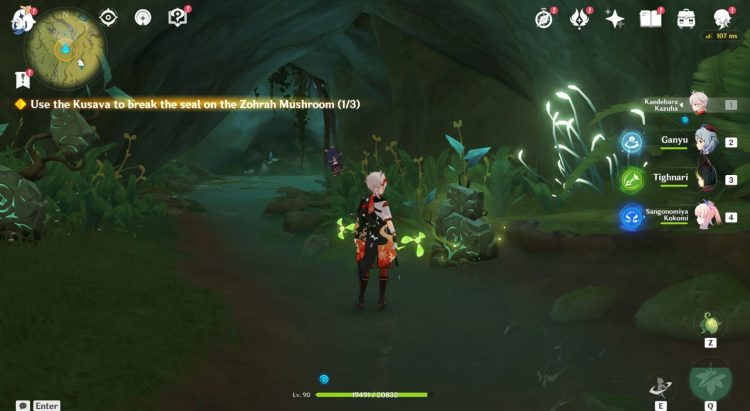 When you return to the Zohrah Mushroom, you’ll realize that it’s been stolen by Lunja, one of the mercs. Exit the cave and a standoff will ensue, prompting Lunja to leave.

Aranakin will thank you for your assistance, completing the Starry Night Chapter quest in Genshin Impact. Up next, you’ll need to do the Risen Moon Chapter. 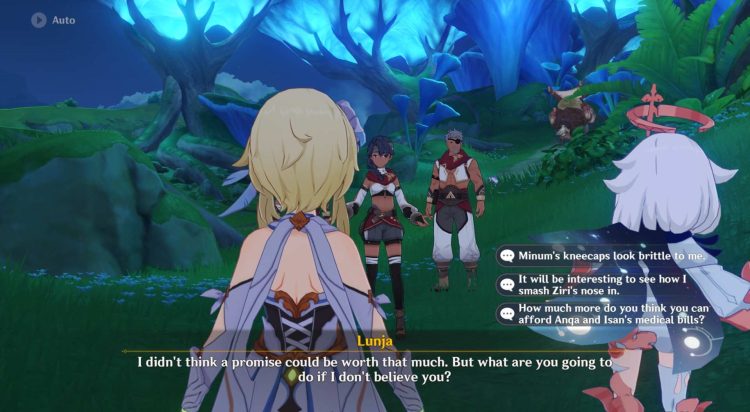 A new Meta VR headset is set to launch this year