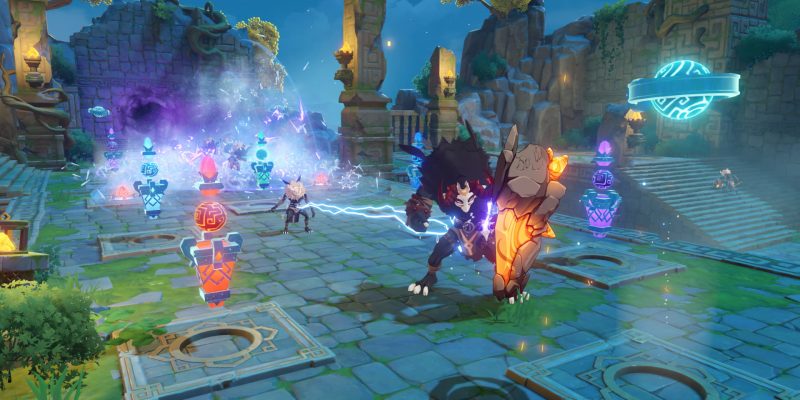 The Theater Mechanicus might be one of the most fun and creative mini-games you can do in Genshin Impact. Let’s talk about the basics to help you win your runs.

For starters, think of the Theater Mechanicus as a tower defense mini-game. Your characters can use their abilities, but they don’t do damage. For the most part, you’ll want them around to trigger elemental reactions.

As for the actual damage, this comes from all the “Mechanici” (towers) that you can place all over the field. By default, you’ve got Tidal Flats (Hydro), Spark (Pyro), Thin Ice (Cryo), Thunderstrike (Electro), and Recovery (extra construction points). Towers can be upgraded, but we’ll discuss this concept later.

Note: You can build towers by spending Veneficus Points. However, for the sake of clarity, I’ll refer to these as “construction points” throughout this guide. 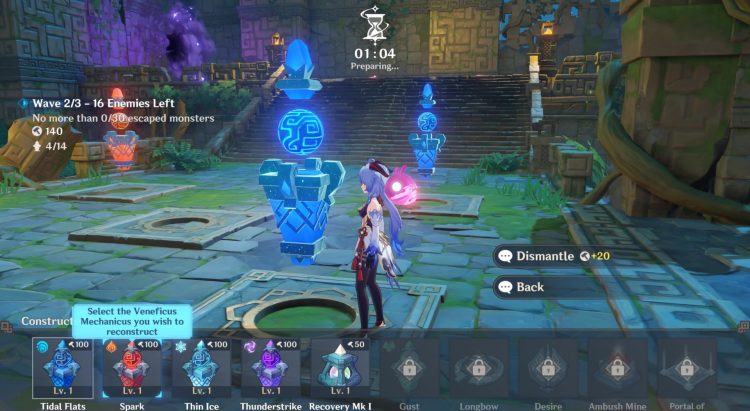 Once you start a Theater Mechanicus run, you’ve got around a minute to set up your towers. Remember the elemental reactions and combos that are part of Genshin Impact‘s combat system. These are extremely vital to your success, which means you want decent tower placements, enough to ensure that you can trigger elemental reactions often.

For example, having the Tidal Flats (Hydro) tower next to Thin Ice (Cryo) will often cause enemies to get frozen. Alternatively, Spark (Pyro) next to Thunderstrike (Electro) will cause overload explosions.

Note 2: Each Theater Mechanicus run limits you to a number of towers, so you’ll have to think twice about the ones you’ll build.

Note 3: Moreover, you’ll need to prevent a set number of enemies from escaping throughout your run since this leads to a failure. This makes freezing combos highly necessary since there are mobs that can be quite fast (i.e., samachurls). 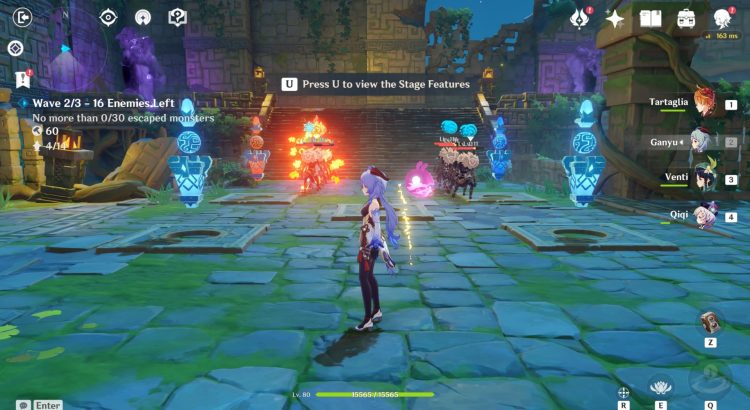 Likewise, the characters you choose will become very important. While your characters might not be able to deal damage or gather elemental particles, they should be able to kickstart elemental combos that synergize with the towers.

Some decent picks include Ganyu  (Cryo reactions), Mona/Childe (Hydro reactions), Xiangling/Klee (Pyro reactions), and Fischl (Electro reactions). Furthermore, Anemo characters like Venti and Jean are able to push away mobs to prevent them from escaping.

Note: To learn more about the best peeps in your roster, you can check our in-depth Theater Mechanicus characters guide. 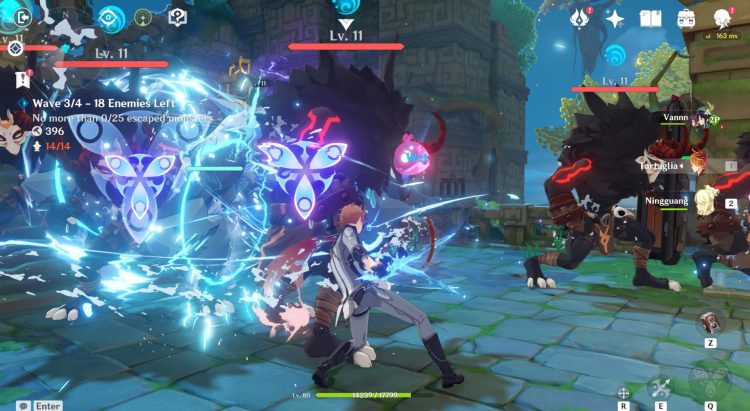 The Theater Mechanicus mini-game also lets you play co-op. Matchmaking is even enabled to speed up the process.

In this case, you and the second player will have two characters each. The biggest upside, however, is that you have a separate pool of construction points. Just make sure to communicate effectively since you can’t remove/change a teammate’s towers and vice versa.

Anyway, let’s talk about Mystic Arts and what happens during wave transitions. 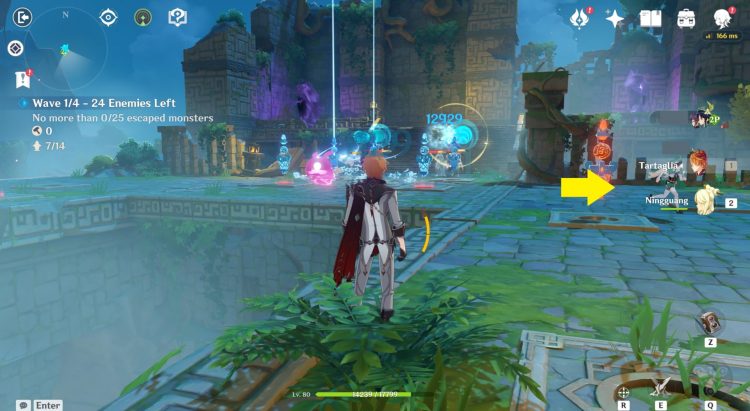