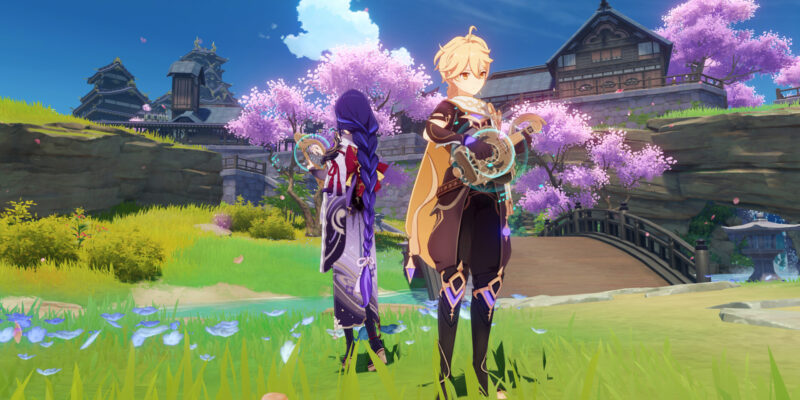 There’s a new event that’s part of Genshin Impact‘s version 2.2 update. In it, the Traveler will be playing a musical instrument along with a companion. In fact, it’s slightly similar to the Ballads of Breeze activity that we did during the Windblume Festival in March. Anyway, here’s our Genshin Impact Tuned to the World’s Sounds guide to help you with this event’s mechanics and rewards.

To be eligible for the Tuned to the World’s Sounds event in Genshin Impact, you’ll need to reach Adventure Rank 30. Likewise, you should complete the “Wishes” Archon quest. It’s actually the ending of the Inazuma Archon quest arc where you talk to Yae Miko once more.

If you meet these requirements, check the quest panel to track the quest. Travel to Liyue Harbor and talk to an NPC named Juza. Next, head north of the city to find Kaedehara Kazuha. He actually has the Floral Zither and he asks you to repair it by giving him 3x Glaze Lily. After a short conversation, take a look at the event panel so we can start our first performance.

Since we’re discussing a few additional mechanics here, you can refer to the pages below for the parts that you need help with:

Note: The Tuned to the World’s Sounds event in Genshin Impact runs from October 15 to 25. For the first seven days, there will be a new performance that gets unlocked. 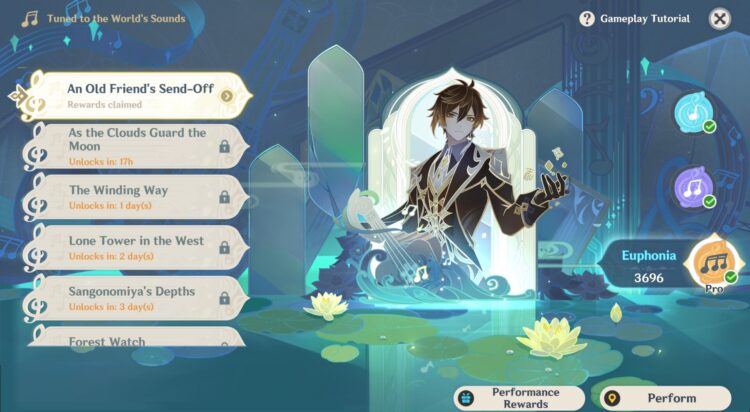 Genshin Impact: How to unlock the Moshiri Kara domain