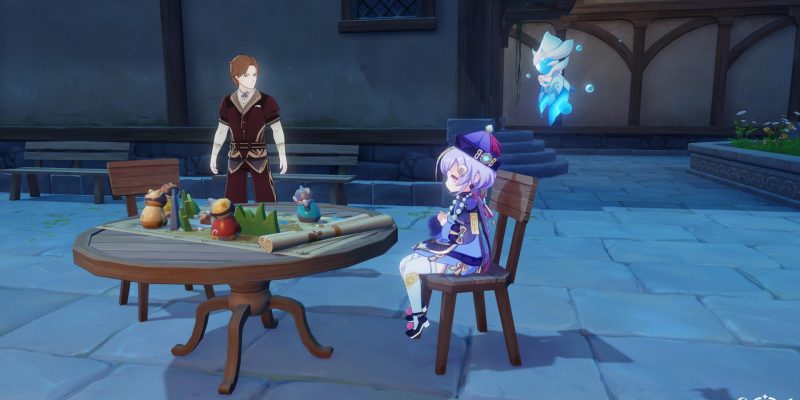 Genshin Impact‘s Windtrace event is now available. Apparently, it’s based on Mondstadt’s history, one where Rebels tried to steer clear as Hunters attempted to look for them. There might be a bit of fun to be had here, though I was initially disappointed (I’ll explain more in a while). In any case, here’s our Genshin Impact guide to help you with the Windtrace event, Windtrace Coins, Windward Arts, event rewards, and playing as a Rebel or a Hunter.

Genshin Impact: Windtrace event guide – Windward Arts, rewards, and playing as a Rebel or a Hunter

To start Genshin Impact‘s Windtrace event, you’ll first need to reach Adventure Rank 20. Likewise, make sure that you’ve interacted with the Statues of the Seven in Springvale, Dawn Winery, Qingce Village, Wuwang Hill, and Starglow Cavern. This is because those locations are where matches will take place in.

Also, bear in mind that this event has matchmaking (in fact, it’s mandatory due to the teams). However, you won’t be able to play if a buddy has joined your world via co-op. You’ll need to queue as a solo player.

Anyway, go ahead and talk to Gygax, an NPC near Mondstadt’s plaza. He’ll give you a quick rundown regarding the event, and you may start matchmaking once you speak with him. Oh, you know what, just refer to the pages below for the mechanics that you need help with: 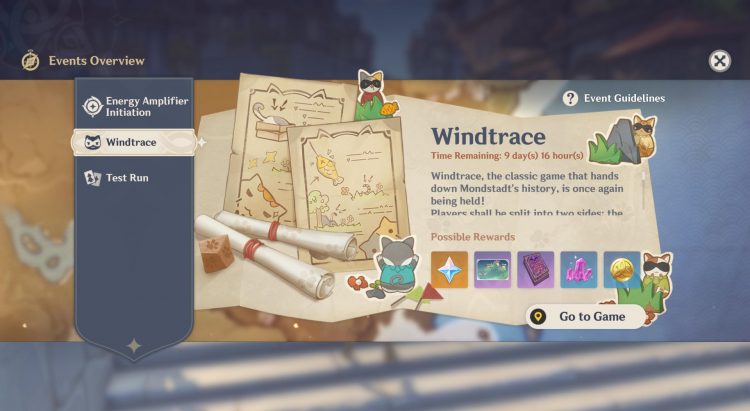