Xiangling, in my opinion, is one of the best characters you can get in Genshin Impact. For one thing, she fulfills the role of a Pyro-based DPS in case you haven’t obtained Klee or Diluc yet (unless you want to stick with Amber). Plus, she’s obtainable after clearing floor 3 – chamber 3 of the Spiral Abyss dungeon. Here’s our mini-guide to help you with her weapons, artifacts, and talents.

In my case, however, I obtained a 5-star weapon, the Primordial Jade Winged-Spear. It’s from Genshin Impact‘s Wish microtransactions, so it’s probably not a good idea to chase after it. I continued to boost this since it’s still a 5-star drop. I just used my materials to forge other weapons. Source: Both artifact sets tend to drop from various elites and activities in Genshin Impact.

The reason why I went for these artifact sets is that they’re easily obtained. Ideally for Xiangling, I combined the two-piece set bonuses to increase ATK and ATK%.

While the Gladiator’s Finale four-piece set bonus does wonders, you’re often at the mercy of RNG to get the ideal ATK/ATK% stat you want. As such, if the Resolution of Sojourner set already rolled with these stats, you can just mix and match. 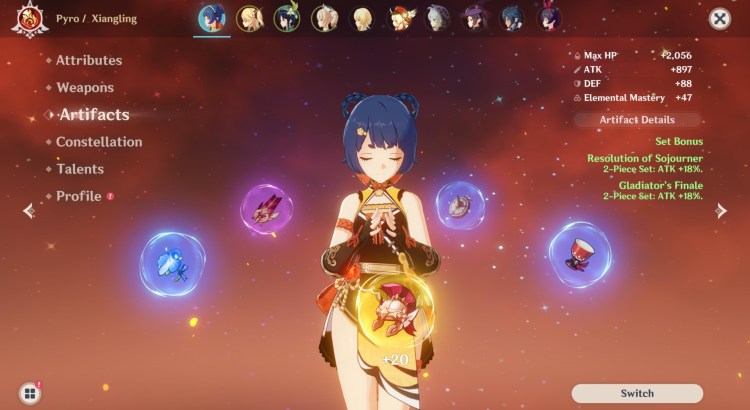 Xiangling became my primary DPS character in Genshin Impact. As such, my priority was spamming her normal attacks with her polearm rather than using her for support.

Regarding her Constellations, I was able to get three of these via duplicate gacha pulls. “Crispy Outside, Tender Inside” (Constellation #1) tends to be the most useful since Guoba, her elemental skill, lowers the Pyro resistance of enemies that get affected. Meanwhile, “Oil Meets Fire” (Constellation #2) lets the final hit of her combo deal AoE Pyro damage. This helps trigger elemental reactions in case Guoba and Pyronado are on cooldown.

Note: For Xiangling’s talent leveling material, you’ll need the “Diligence” items. These are found in Taishan Mansion on Tuesdays and Fridays. 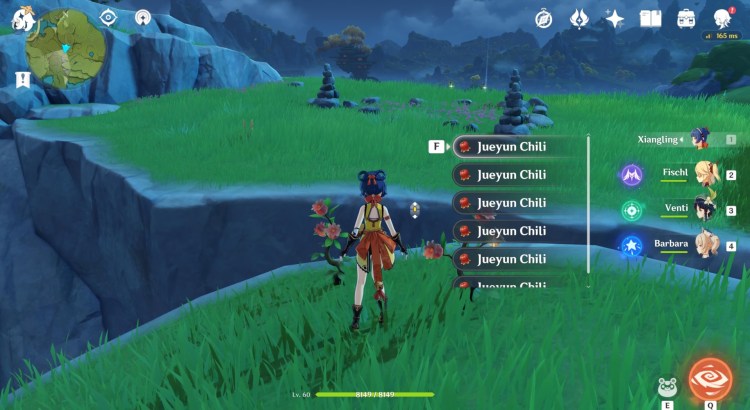