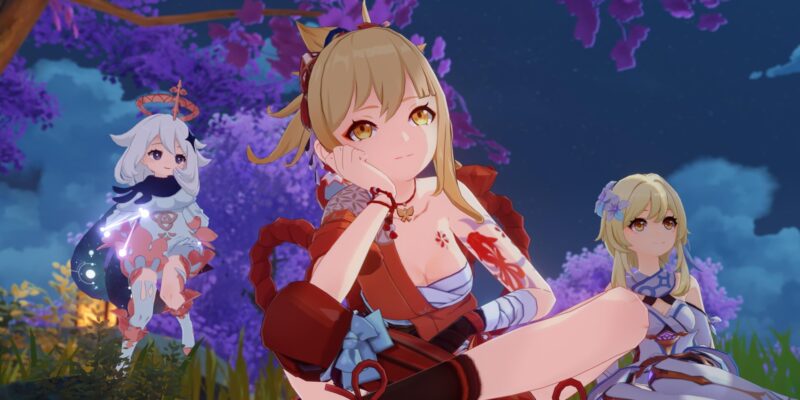 Completing “The Immovable God and the Eternal Euthymia” (Act I of the Archon quest in Inazuma) leads to more adventures. One of these happens to involve Yoimiya, the daughter of the Naganohara Fireworks store owner. It’s also the first time that you get to try out a new Pyro archer (just so you can forget about Amber if you haven’t yet). Here’s our Genshin Impact Yoimiya story quest guide to help you with Act I of the “Carassius Auratus Chapter.”

Once you start Yoimiya’s “Carassius Auratus” story quest in Genshin Impact, simply head to the marked location on the shoreline to see some kids playing. You’ll meet up with Yoimiya who’ll tell you about her family’s business.

The next steps basically involve roaming around Inazuma to talk to various NPCs so you can help one of Yoimiya’s pals, Sakujirou, escape the city. There are long conversations here that might annoy you to no end. Yoimiya’s bubbly personality might shine through, but the dialogue gets boring after a while. 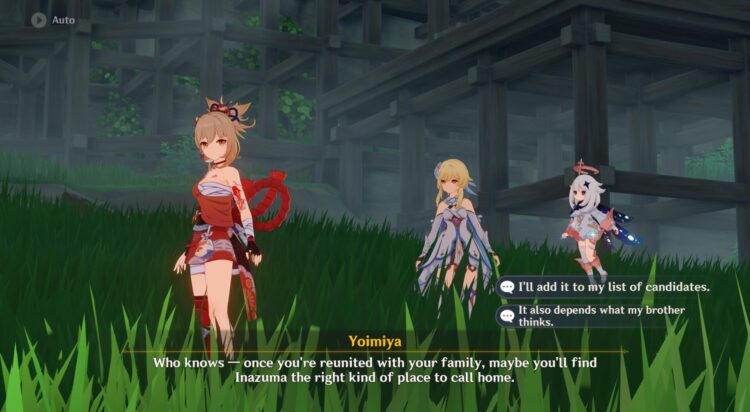 Later, you’ll find yourself in Konda Village. You’ll talk to various folks and do errands such as blowing away bushes via Anemo skills. Then, you’ll eventually learn that Sakujirou has been captured by the Tenryou guards.

Head outside the city to battle them. There will also be another encounter against a guard captain, Keisuke, who happens to be Sakujirou’s childhood friend. This guy is now a devoted follower of the tyrannical Raiden Shogun.

Since this is Yoimiya’s story quest in Genshin Impact, she’ll join as a guest for these encounters. This marks the first time that you get to use her even though she’s not part of any wish banner yet. Now would be a good time to test her capabilities. Maybe you want to take several dynamic photos via the Kamera gadget as well. 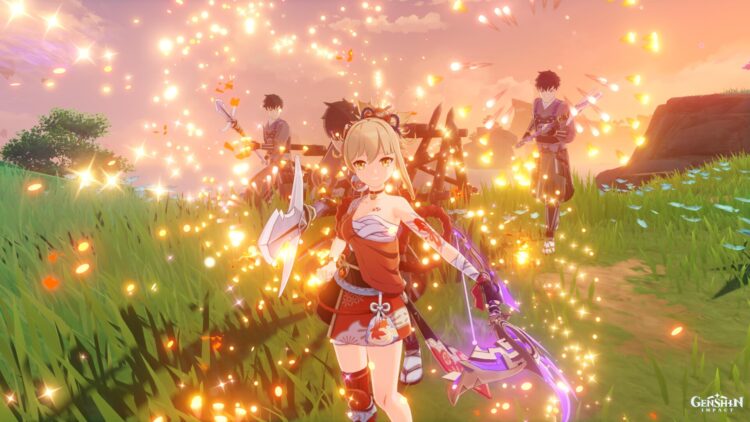 Defeating Keisuke will convince him to let Sakujirou sail away on a small boat. Then, Yoimiya will ask you to watch the fireworks with her. Travel to Amakane Island (the same place where the festival took place) and watch a cutscene. Fireworks erupt as the gang looks on.

After this scene, you’ll still be able to speak with Yoimiya for a bit of dialogue. Moreover, if you already finished Ayaka’s “Grus Nivis Chapter” mission, you’ll unlock Act II of the Inazuma Archon quest called “Stillness, the Sublimation of Shadow.” 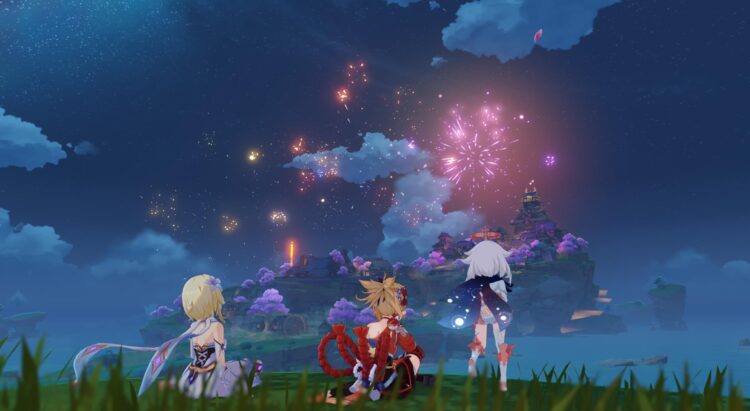