The version 1.5 update for Genshin Impact adds a new story quest for Zhongli. However, you do need one story key just to unlock it. The quest chain is fairly lengthy, taking you all over the Liyue region of Teyvat, but you do get to unlock the Azhdaha boss fight at the end. Here’s our Genshin Impact guide to help you with Zhongli’s new quest, “Historia Antiqua Chapter: Act 2 – Strange Sights, Stolen Souls.”

If you have at least one story key in Genshin Impact, go ahead and unlock the Historia Antiqua Chapter: Act 2 quest. Just remember that you also need story keys to do the new Hangout Events for Noelle and Diona.

Anyway, talk to Katheryne in Liyue Harbor and she’ll direct you to another NPC. This fella will ask for Zhongli’s help, and you can find the Geo-Archon-turned-stingy-restaurant-connoisseur eating nearby. With Zhongli in tow, you’ll meet a geologist named Kun Jun. 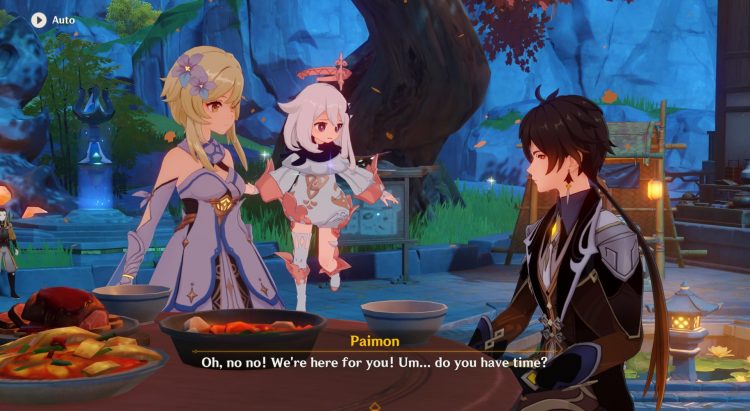 This leads to an investigation of the mining area that’s west of Lingju Pass. Check out the marked locations and objects. Kun Jun himself will demonstrate his own powers. Apparently, he can “sense the memories of rocks,” haha.

You’ll see visions of miners being led away by a creepy girl. Follow the clues until you reach Nantianmen. 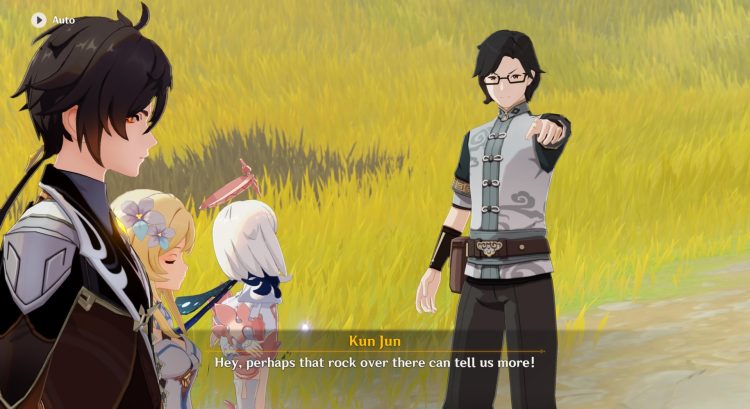 As you head north, you’ll spot a hidden cave below an ancient tree. Here, you’ll encounter the remaining miners who seem to be possessed. Zhongli will use his powers to shield the group. Unfortunately, everyone still ends up getting pulled through a gateway.

This will start a battle against Azhdaha, a new weekly boss. Zhongli does join you as a special guest character here. Even Kun Jun will lend you his powers, healing the squad when characters are low on health. 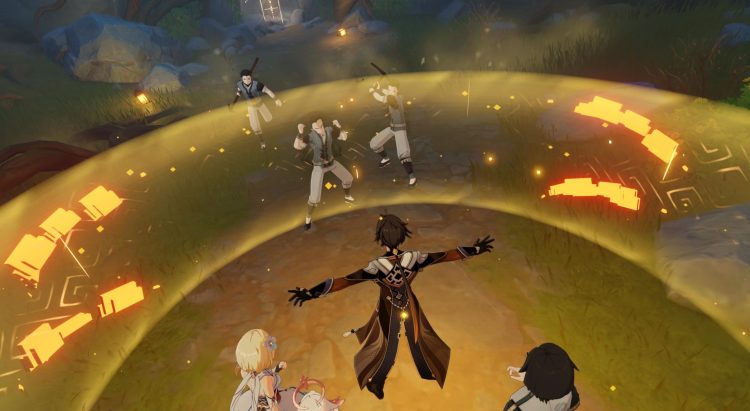 After taking out Azhdaha, Kun Jun reveals that he’s actually the “good” manifestation of the being’s spirit. The little girl, meanwhile, is the “evil” incarnation. Azhdaha was actually a being made of stone, something Zhongli gave life to eons ago. But, due to the creature’s destructive will, he was forced to seal it.

Speak with Zhongli again to finish the quest. You’ll receive talent booklets, hero’s wit, and a Dream Solvent. From this point onwards, you can challenge Azhdaha in its domain.

Note: I’ll talk more about the Azhdaha encounter, the Dream Solvent, and various rewards in a separate guide. Zhongli and Kun Jun won’t be around anymore for these regular bouts. 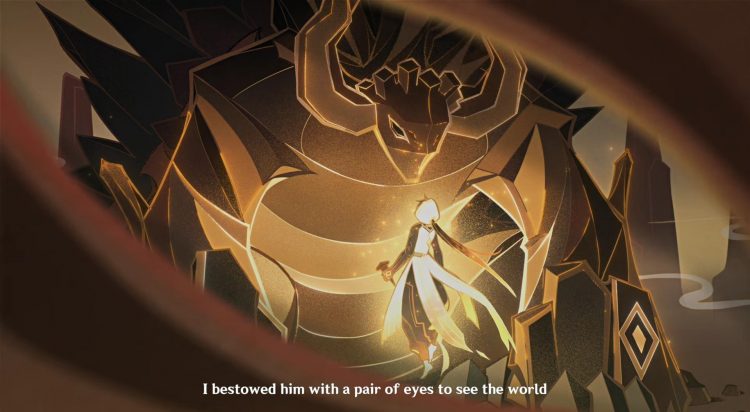