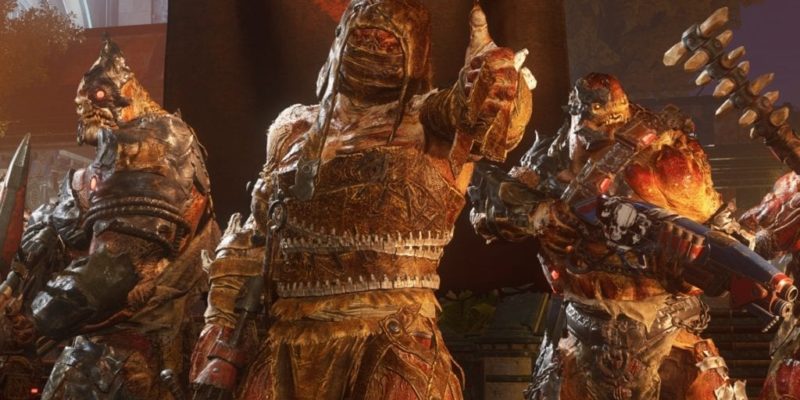 Microsoft continues to show support for the PC platform, especially with its recent move to bring Xbox Game Pass outside of the confines of its Xbox One console. One of those titles that will play on both PC and Xbox One is Gears 5. Microsoft didn’t quite lean into it as much as people anticipated during the Electronic Entertainment Expo (E3). However, it looks like Gamescom, Germany’s premier gaming expo, will be the right platform for more chainsaw gore.

Hey Geoff, what is that Cologne you’re wearing?

Geoff Keighley, most notably known for The Video Game Awards, is somewhat bringing his show on the road. Keighley announced on Twitter that on Aug 19 more details would be revealed for Gears 5, specifically with its campaign, following an Inside Xbox briefing. These small briefings have served as a way for Microsoft to control its messaging, offering an update and/or look at the content, future plans, and hardware development. These are often mixed with live commentary and video game clips from spokesperson Major Nelson, not to mention the developers themselves.

Gears 5 is headed to gamescom on Monday August 19 with all-new Horde on Inside @xbox followed by exclusive look at campaign on Opening Night Live with me and @GearsViking! pic.twitter.com/E8VvRpJdxX

The official opening for Gamescom is Tuesday, Aug 20. The show floor will fully open to the public on Aug 21 in Cologne, Germany. Geoff Keighley’s show, along with the Xbox briefing, starts on Monday, Aug 19, and it will talk about Gears 5‘s Horde and Campaign modes. This is similar to E3, with press conferences often happening days before the actual show opens. These give developers and publishers the opportunity to describe some of the content that will be pouring out through the rest of the week.

It might be wise to start watching Keighley’s Twitter feed. Over the last few days, he’s announced other surprises for the week of the show. The most recent of those is that Hideo Kojima (Metal Gear Solid) will make an appearance. Normally, that wouldn’t tingle a PC players Spider-sense. However, recent reports have pointed to the possibility that Death Stranding might also make its way to PC. But of course, take that with a grain of salt for now.