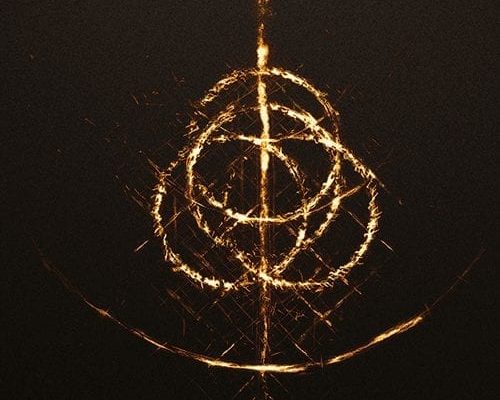 A set of leaks out of Bandai Namco reported by Niko Partners Senior Analyst Daniel Ahmad, it has revealed that George R. R. Martin and From Software’s rumored collaboration is titled Elden Ring, and is coming to the PS4, Xbox One, and PC. The game’s webpage was posted without any password protection, leaving it vulnerable to discovery. Elden Ring‘s logo is reminiscent of icons seen in From Software’s Bloodborne, combined with the fiery motifs of Dark Souls.

A return to the action-RPG

The page notes that Elden Ring will be a “fantasy action-RPG,” and will have a setting created by both Dark Souls creator Hidetaka Miyazaki and Game of Thrones creator George R. R. Martin. This collaboration between arguably the two most influential fantasy creators of the last decade will clearly be a flagship title for Bandai Namco.

Furthermore, the fact that Elden Ring returns to the action-RPG genre that From Software is famous for will be of interest to those gamers who were turned off by the company’s more action-oriented title Sekiro: Shadows Die Twice. Unfortunately, we will have to wait for more concrete details.

The word elden is archaic English and means “to age, to grow older,” suggesting that the themes of this game will resemble those of the Dark Souls series.

The other two leaks out of Bandai Namco were for a new entry in the Tales series titled Tales of Arise, and a remaster of the Studio Ghibli and Level 5 collaboration Ni No Kuni, both of which are coming to PC.