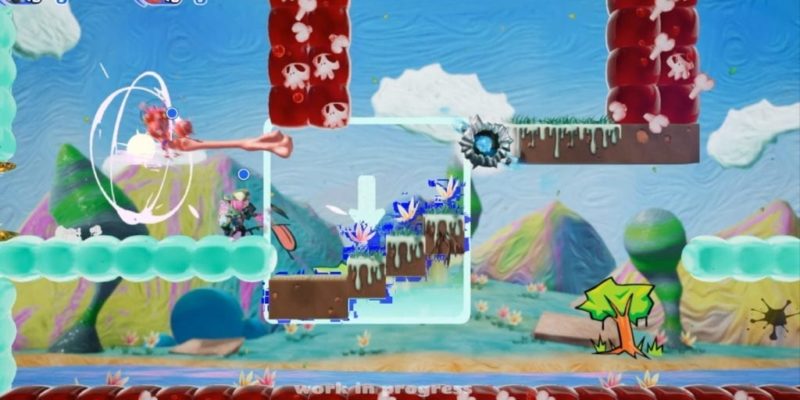 It’s always a nice change of pace to find a game with a not-so-serious tone. One where you can do something silly and which doesn’t involve splattering Nazi brains. In this case, that game is called Georifters, a bubbly-looking multiplayer game where you shoot wads of gum. These, of course, have a purpose – in this case, you use the gum to move the world around you in order to solve puzzles, reach platforms, or avoid danger altogether.

It looks like the main mechanic in Georifters will be to use your gum gun to manipulate the world around you. This is seen in the announcement trailer (see below), which shows off some of the pushing, crushing, and pulling that you can do within a level. In true platformer fashion, you can reach new areas of the map and solve puzzles with the use of your goo cannons.

Georifters will have a few different modes available in the full retail release. You can run through the Adventure mode in solo or co-op modes, or try and race against the clock in the Time Trial portion of the game. If you want something more competitive, up to four players can jump into the Battle Race mode. There, you must call upon all of your skills in order to capture the most crystals. We don’t yet know, however, whether or not the game will have online multiplayer as an option. 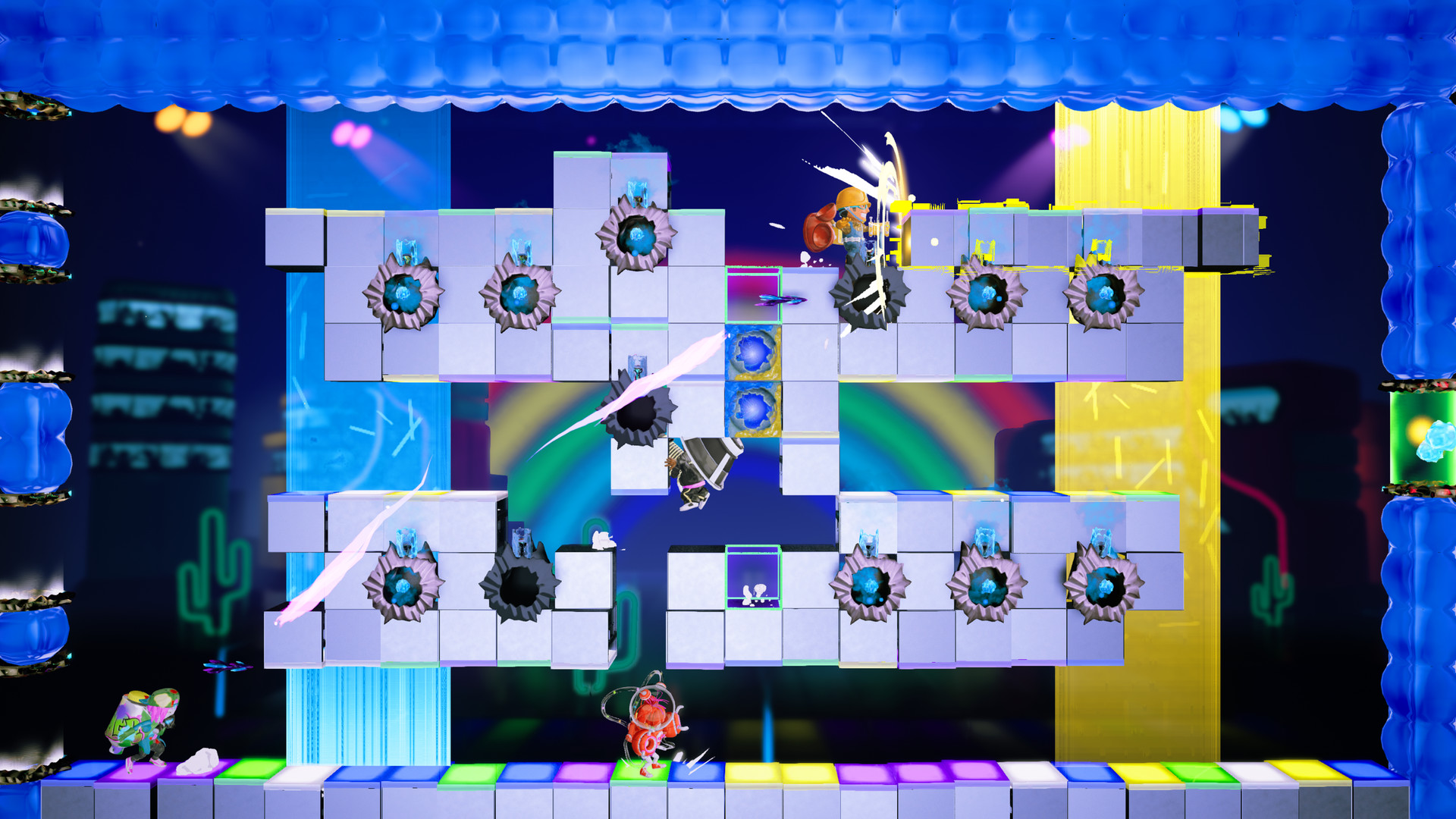 Georifters will release on October 30 on PC via Steam, along with all current-gen consoles. The game is currently under development by a newly formed studio in Taipei, Taiwan, called Busy Toaster. As indicated on their official site, the team is rather small and made up of varying degrees of experience, from indie to AAA, within the video game industry. This is the first official product for this team. The studio also doesn’t have much to its official website, despite it now being live.