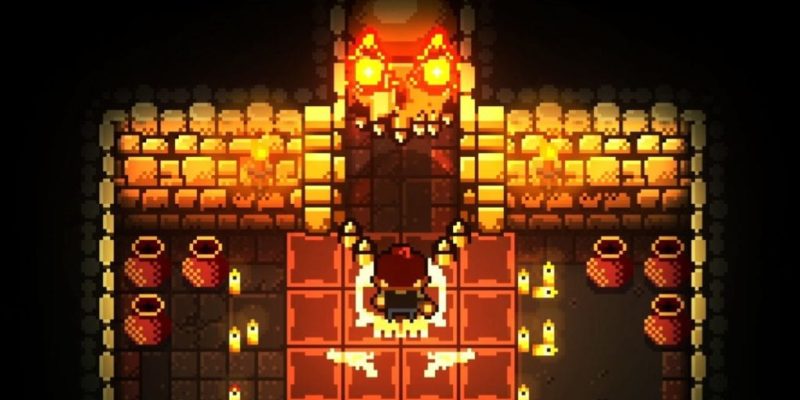 Continuing with their regular game giveaways, the Epic Games Store is currently offering Enter the Gungeon for free. You have until June 20th to grab the freebie, and until the end of today to buy any games on the Epic Mega Sale.

Enter the Gungeon is the sole game from developer Dodge Roll. The game forces the player to battle through a handful of randomized maps, all while dodging a storm of bullets. Since it’s a twin-stick shooter, the mouse controls your aim while WASD controls your movement. While progressing through the levels, you fight the “Gundead,” who themselves are bullets firing guns that fire bullets. Between the personified bullet-enemies to the actual bullet-hell segments, this game is loaded with ammunition on every level.

Earlier this year, Enter the Gungeon saw the release of its final DLC, titled A Farewell to Arms. The expansion brought new bosses and maps to explore. It also added new Gungeoneers, including the character “Paradox,” who starts the game with randomized items and weapons. Since all of Gungeon‘s DLC was free, anyone who nabs the Epic Games Store freebie will also receive the DLC content.

Enter the Gungeon got “ripped off” by its own publisher

During their E3 2019 “Big Fancy Press Conference,” Devolver Digital released an unusual game collection titled Devolver Bootleg. The bundle contains parodies and “rip-offs” of the publisher’s own games.  One of them is Enter the Gun Dungeon, a low-fi version of the original title. Following in line with their unusual sense of humor, Devolver is offering the bundle for 1% off on Steam until June 16.

During the press conference, Devolver also announced that they are working on a game called Carrion. This upcoming side-scroller looks to be serious gore-fest with many bizarre maps to explore. Keeping in line with their odd-style and pure weirdness, the announcer exploded into a red-tentacled monster. This segued into the gameplay video for Carrion, which features similarly styled tentacled monsters for the player to fight against. There’s always something unusual to look forward to with Devolver, and the company managed to create yet another entertaining E3 show this year.