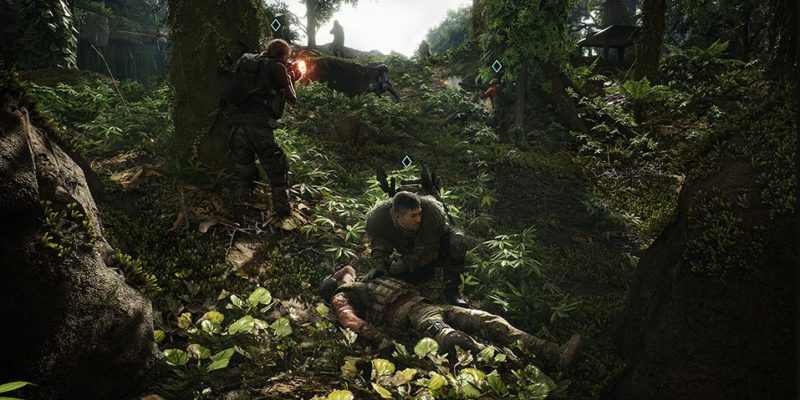 With all the exciting reveals and news coming out of Ubisoft Forward, players still milling about in Tom Clancy’s Ghost Recon Breakpoint also has something new to look forward to. Relatively new, anyway, as Ubisoft is preparing the game for the arrival of AI teammates. Coming this July 15, the game will be less lonely than when we started taking the fight to the enemy.

Ghost Recon Breakpoint latest update will see the full team come to the rescue. Joining your Nomad will be Fury, Fixit, and Vasily. The teammates will always be by your side during solo play, but can be dismissed and activated at any time. Expect full customization options for all three soldiers. From their looks down to the attachments on their weapons, it is entirely up to you to outfit your teammates. The AI has certainly look like it has been improved since Ghost Recon Wildlands. The weapons equipped will dictate how they approach a combat scenario.

Give them shotguns and they will close the distance automatically, and sniper rifles will allow them to fight at a distance. These Ghost Recon Breakpoint teammates will also react and adapt to your behavior, going silent or loud depending on your actions. Orders can also be given, through the binoculars and drone. Fan favorite sync shots are back, and when combined with a sync shot drone, an epic seven instant kills can be carried out instantaneously.

The Ghost Recon Breakpoint update will also see changes made to the Gunsmith. This will allow for deeper and a wider variety of customisation for all weapons. Expect to see more options and better performances across the board. For those not in the fight yet, a free weekend will take place between July 16-20. This will also coincide with a the Resistance live event, which happens July 19-29.