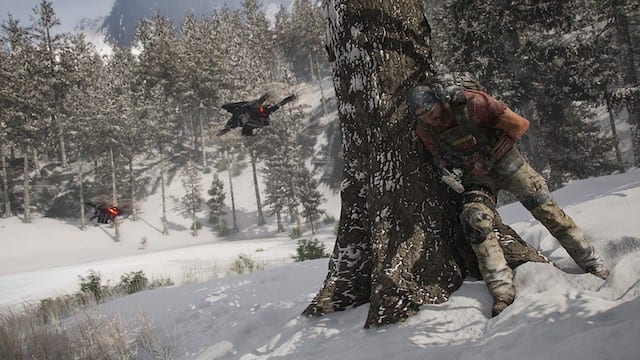 Though there are quite a few fans enjoying the just-released Tom Clancy’s Ghost Recon: Breakpoint, there’s also a large amount of criticism surrounding the game, namely with frame rate and random glitches. But Ubisoft is listening to the criticism, releasing a new patch available for the game now.

The company has kept note of said issues with the game. With update 1.0.2, it intends to offer better stability to it, to create a smoother gameplay experience. Ubisoft detailed the patch on their blog page, and here’s a breakdown of the highlights.

With this new patch, the frame rate for Breakpoint should show significant signs of improvement. Tweaks are being made to improve the cover system as well. This should make it easier to find a shady spot and take out enemies. Marking them should also be much easier than it’s been in the past, not nearly taking as long. Other tweaks include changes to the visual elements, vehicle physics, Behemoth detection cones, and spawn issues with fast traveling.

To close out its update post, Ubisoft thanked the fans for their “time and passion” when it came to reporting the issues. The team is still hard at work, however. It’s already toiling away on patch 1.0.3, which will fix additional bugs in the game. What’s more, it will also guide the game “into the direction we’re heading in terms of improving the Breakpoint experience.”

The full patch notes detail updates to all aspects of the game, including co-op, PvP, class, items, loot, and technical issues. It’s quite a list, so head over and see what improvements are coming your way.

The Ghost Recon: Breakpoint patch takes up 5.4 GB of hard drive space on PC, with larger downloads on Xbox One and PlayStation 4. It should download automatically the next time players start up the game.