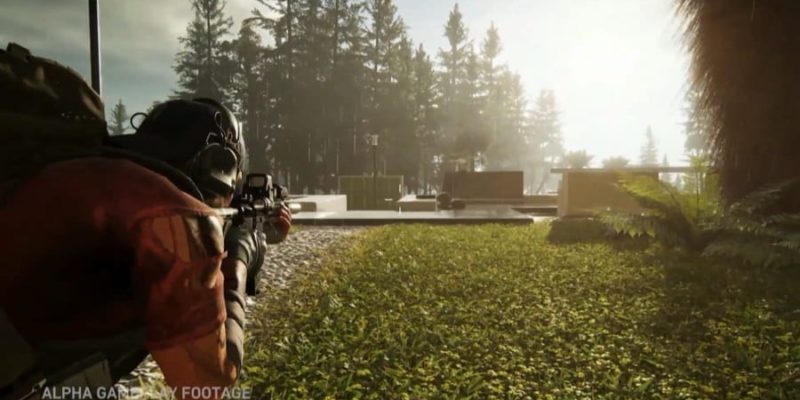 Ubisoft’s next Ghost Recon is the newly announced Ghost Recon Breakpoint and it can now be pre-ordered from a couple of places.

It’s no huge surprise that Ubisoft has once again partnered with the Epic Games Store as an option for purchases and pre-orders. After all, Anno 1800 and The Division 2 launched on Epic’s store, shunning Steam. The link on the official Ghost Recon Breakpoint site for pre-orders was only working for Uplay yesterday, but that page now also links to the Epic Games Store, and you can find there manually too.

No doubt the fact Ghost Recon Breakpoint is not on Steam will compound the frustration over “exclusives” going to Epic, but there’s always Uplay as a purchase option. Everyone loves using that, right? And in fairness, regardless of whether you picked this up on Steam or the Epic Games Store, you’d likely have to run it through Uplay anyway.

This latest Ghost Recon installment will be arriving for the PC on 4 October and thrusts the Ghosts onto an archipelago to shoot more bad people. This time around, those bad people are headed up by the Wolves – a group of Ghosts gone rogue who’ve seized a slew of weaponised drones.

We covered this in some detail yesterday, but there are a fair few differences between Breakpoint and its predecessor Wildlands. There’s more of an emphasis on survival: you’ll need to eat rations, stay hydrated, treat injuries, and perform maintenance on your weapons. Terrain will play a huge part in how things play out, and there are some features that’ll hopefully fix a few Wildlands-era annoyances. Wire fences, for instance, will no longer be unstoppable obstacles. The Ghosts have apparently learned how to use wire cutters.

Here’s the trailer in case you missed it yesterday.