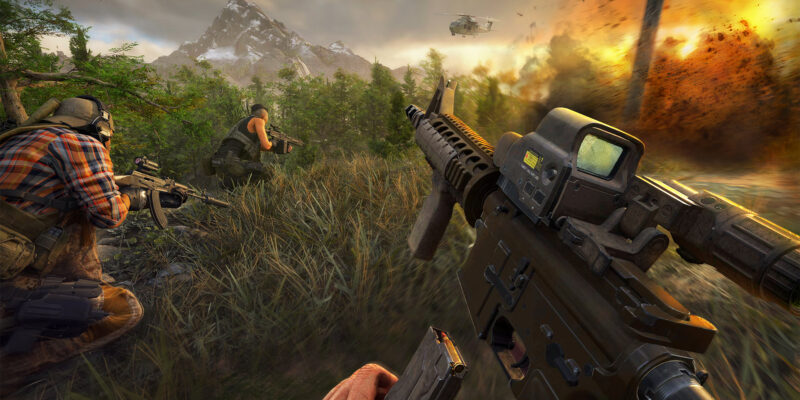 Ghost Recon Frontline is the first battle royale game for the series. The free-to-play shooter features a large map where 100 players are shuffled into three-person teams. You survive against other players while hunting down intel, and once that’s done you call an evac to take you off the wretched island. The formula is your standard battle royale fare, with some aspects of The Division tossed in. Players could choose among classes, each of which has an ability to employ on the field. One is able to scout ahead for enemies, for example, while another could call in air drops that range from armored barriers to vehicles.

It wasn’t enough for fans, clearly. A quick tour around the ‘net showcases a lot of angry comments. The reveal trailer on Ubisoft’s YouTube channel has been viewed more than 262,000 times, gathering 4,000 likes against 17,000 dislikes. And while Ubisoft didn’t provide a solid reason behind the delay, the language of the message seems to indicate that the developer is taking note of fan reactions. The Twitter message itself has some people replying in support of the decision, while others are asking for it to be canceled altogether. It’s pretty ugly out there, folks.

We have an important message regarding Ghost Recon Frontline's Closed Test. pic.twitter.com/ne1VgOLMJF

As such, Ubisoft announced that this month’s closed beta test for Ghost Recon Frontline is delayed. The reason reflects the current temperament of the series’ fans. Ubisoft writes that “it is best to postpone” the closed beta to help the team create “the best experience possible.” The team cut it pretty close, as the beta test was scheduled to begin for European players tomorrow, October 14.

We’ll be sure to get back to you once Ubisoft reveals more on what it’s doing with Ghost Recon Frontline.