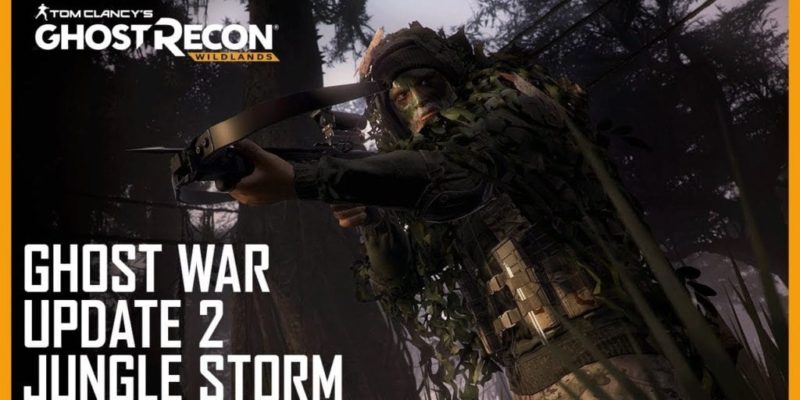 A second update for the Ghost Recon Wildlands ‘Ghost War’ PvP mode is coming out next week. ‘Jungle Storm’ is heading to the game on 14 December.

Ranked play is being added, along with two new PvP classes. One of those will be the Pathfinder, a chap equipped with a “deadly crossbow” (instead of a friendly, nerf one) who cannot be marked by drones. That part sounds handy. The second class is not being revealed at this point, but will be ahead of launch (Ubisoft have a livestream planned for 13 December, so probably during that).

You can also expect “extra new maps for the Elimination and Uplink modes, as well new weapons and gameplay updates for both PvP and PvE modes” in the Ghost Recon Wildlands Jungle Storm update. Here’s a trailer.

The Evil Within 2 now has a PC demo