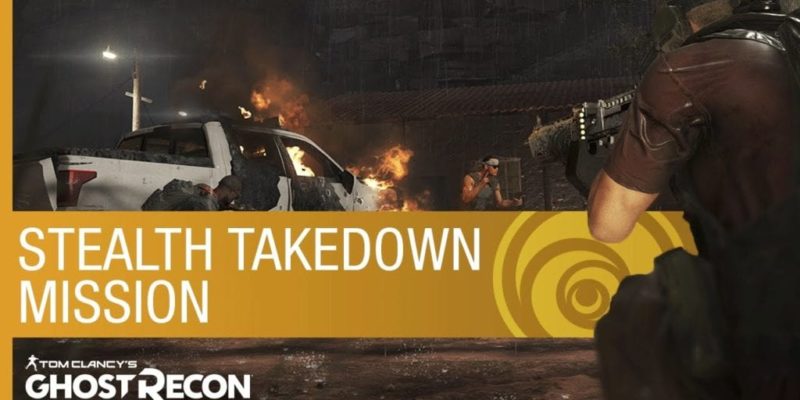 The latest audio-visual presentation on Ghost Recon: Wildlands takes a return trip to the ‘El Pozolero’ mission originally shown during E3 2016. Except this time it’s at night, and the developers playing are actually making an effort to be stealthy instead of going for a smash-and-grab approach.

It’s the sort of narrated walkthrough trailer that looks super-smooth, but also makes you think ‘this would be impossible to pull off with random co-op players’. Good luck co-ordinating any of the stuff shown in this video without a pretty dedicated group of co-op pals. If you do have a regular group, though, Ghost Recon: Wildlands seems like it could offer a more casual version of that Arma-like squad cohesion.

Have a watch below, as the group nab a truck to get them inside the base, and then proceed to execute the mission all stealthy like. Ghost Recon: Wildlands is out in March next year.