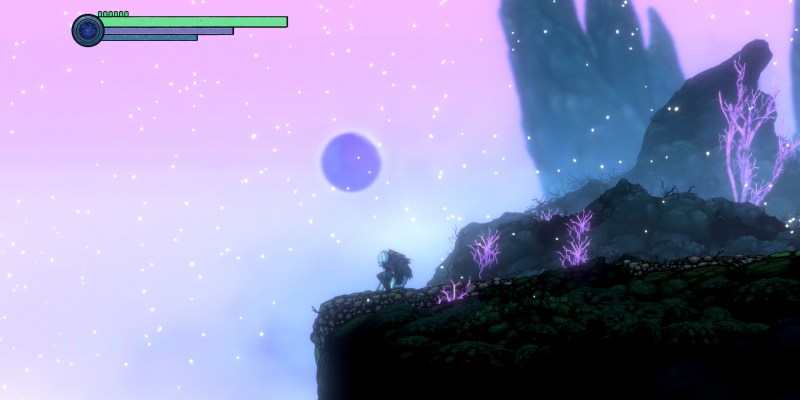 Curious as to how to use the pebble you get in Ghost Song? It’s certainly a very mysterious item. Towards the end of the game, you’ll likely run into the “ghost” you’ve seen around and she gives you the mysterious item. It mentions a mountain and using it grants you “perception.” But if you don’t know what to do with that info, you’re likely not alone — it’s intentionally a bit obtuse.

How to use the pebble item in Ghost Song

After you get the pebble, you’ll want to head to the nearby mountain directly to the right of the Crash Site. You probably figured that out, but there’s more to it than that.

This only works if you do it on the mountain while you’re still in the Crash Site. If you’re in Ekman’s Crossing, you’ve gone too far. To put it simply, once you’ve walljumped to the top while in the Crash Site, that’s far enough. You can use the pebble now or at any time for this to work, so don’t fret if you’ve already used it. Hold down to shut your suit off while on the mountain and a weird effect will appear above Deadsuit. She’ll get whisked away to The Cut Machine where you’ll get to have another chat with the ghost lady who gave you the pebble to begin with. The pebble is one of the most mysterious things about Ghost Song and, even after finishing this sequence, you’ll likely have even more questions that I’m not sure I have the answers to. From what I can gather, this section mostly exists solely for lore purposes and doesn’t appear to give you anything. But it has some important implications for the game’s overall narrative. There are still a lot of mysteries left, however, so you may as well keep exploring the world until you understand it all.

If you’re also wondering how to complete Gili’s sidequest in Ghost Song, hit up our guide here.

Ghost Song — Quick tips to get you started