It’s been some time since BioShock Infinite launched — seven years in fact. The 2013 follow up to the seminal BioShock was creator Ken Levine’s last game before the studio was split up and Levine went his own way. Since then, Ghost Story Games has been formed by Levine and several developers who worked on BioShock, among other titles. The studio’s first project began in 2017, and it seems we might see something on it soon.

A new job listing, posted by Ghost Story Games via a Take-Two careers portal, calls for a senior producer. While that may sound routine for a game in development, a closer look reveals some of the details about the project. The listing states that Ghost Story Games is “in later stages of production” on its first project, which is set to be a sci-fi game with RPG elements.

Further down the job listing, a few more details are revealed. The senior producer position is project-based, meaning the job is to wrap this game up, and that’s it. A timeframe is put on the job, at 18+ months. Of course, internal deadlines are always subject to change, but an overall five year development cycle sounds like long enough. Mind you, Levine isn’t exactly known for quick turnarounds. BioShock Infinite took six years to develop.

Speaking of Levine’s previous projects, the producer certainly has quite the pedigree. In the job listing itself, Ghost Story Games emphasizes that knowledge on the team’s history is required. That history spans three main games: System Shock 2, BioShock and BioShock Infinite. If Ghost Story Games’ upcoming sci-fi adventure can come close to BioShock or System Shock, we’re in for a treat. 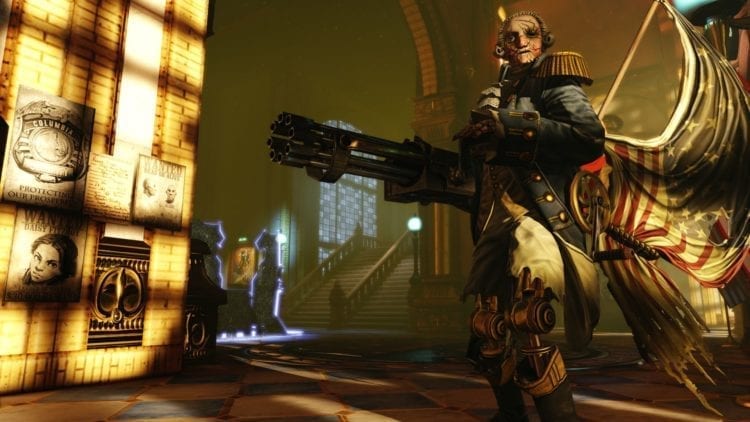 If BioShock is what you’re here for, another team has taken the reigns on that series. Brand new 2K studio Cloud Chamber is at the helm, hard at work on the next entry.

Noita review — In the mouth of madness