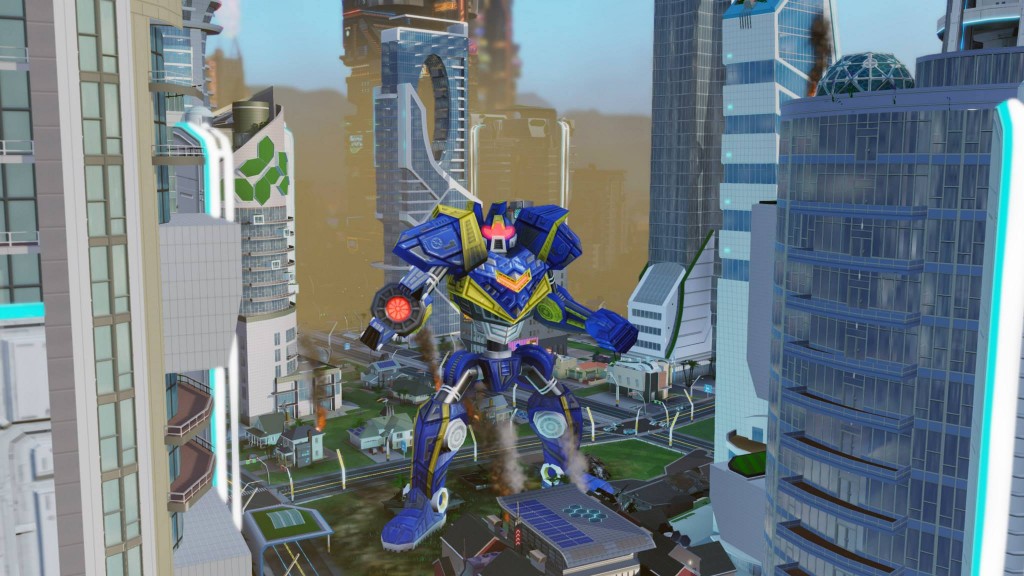 If it’s not tornadoes, giant lizards or earthquakes, it’s bound to be something else annoying to destroy all your hard work. This time it’s a giant bastard robot.

In the upcoming expansion SimCity: Cities of Tomorrow a new disaster has been added and it’s a huge robot called the Outworlder. This bad boy comes with stomp-about action and giant laser eyes, it’s everything you could possibly want in a giant robot.

Let the swearing at the screen begin when this guy drops in to play with your carefully planned city and lovely shiny futuristic buildings.