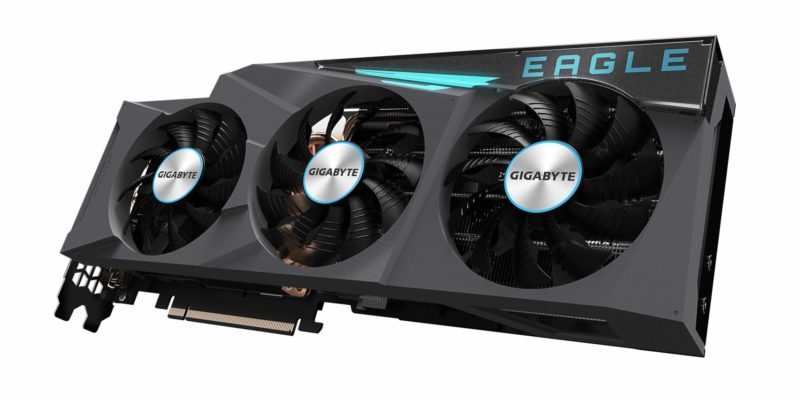 Nvidia’s September 1 announcement for the RTX 30 Series GPUs went over well to say the least. The large performance leap combined with competitive pricing means plenty of gamers will likely be looking to upgrade this generation. Nvidia’s AIB partners certainly didn’t waste any time making their products known either. Gigabyte jumped in and announced its own upcoming lineup for several of the RTX 30 Series cards.

Gigabyte will debut its next generation GPUs with two main product families, and there’s more on the way. For now though, we can expect Gaming OC and Eagle OC edition cards for the 3090 and 3080 models. There are also Aorus models listed on the company’s website, but these appear to be coming later. Both families will of course be overclocked, although Gigabyte didn’t provide any specs beyond 750w power supply recommendations. 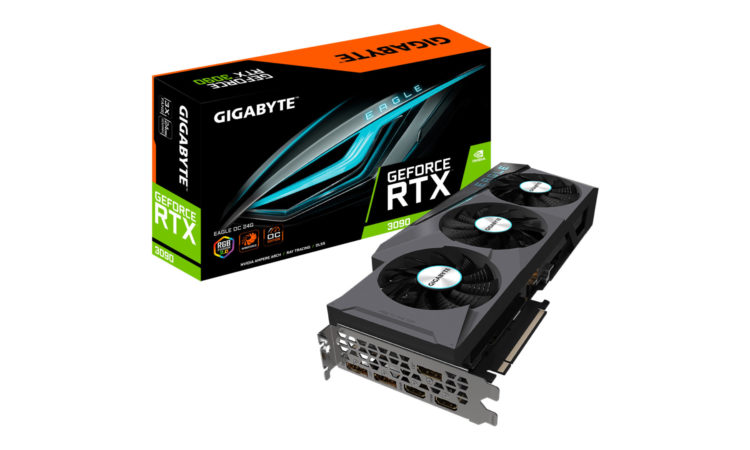 Taking next-generation performance to the next level

This all sounds interesting, but AIB competitors and quite possibly even Nvidia’s reference model will all give Gigabyte a run for its money. Ultimately benchmarks will decide the best new cooling systems for the RTX 30 Series GPUs. Make no mistake though, Gigabyte is a serious competitor. As we previously mentioned, water-cooled options are also on the way, and they seem to be increasingly popular choices for production. We already know that MSI and EVGA have options in mind, so the competition from Gigabyte will be interesting.

As far as connectivity goes, the Gigabyte models will support three Display Port 1.4a interfaces and two for HDMI 2.1. The cards will also feature dual BIOS options for silent operation or the OC mode. Customizable RGB options will also be manageable via the Aorus Engine software. Last but not least, it’s worth mentioning that Gigabyte will provide a four year warranty for registered products. Gigabyte didn’t provide any release details yet, but we expect it will follow Nvidia’s same release schedule, especially since MSI confirmed it was allowed to do so. The mention of “more cards coming soon,” also suggests that the Gigabyte RTX 30 Series products are ready to go. Pricing however, has yet to be announced. We suggest referring to the Nvidia Founder’s Edition MSRPs for general reference.

Hello Games is already working on its next ‘huge, ambitious game’