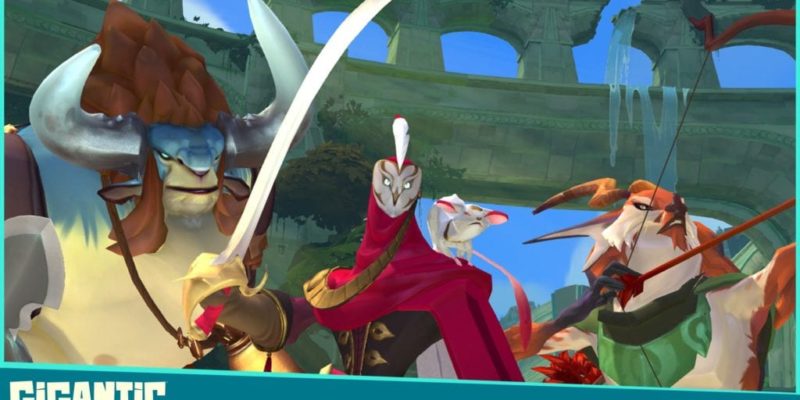 Today brings the announcement of what is yet another free to play MOBA and it’s called Gigantic from developer Motiga. The studio was founded in 2011 by former NCsoft CEO Chris Chung, SOE’s Rick Lambright, and James Phinney, which is a name you’ll recognise from StarCraft and Guild Wars development.

This new title is being dubbed “genre bending” focusing on teamwork and hero characters. Sound familiar?

The genre-bending part could be related to the fact that in Gigantic five players take on another five players on a map but each team has a five-story-tall monster which they have to protect from the other team. There’s a roster of fantasy heroes and rewards can be earned to unlock new heroes with level-ups to enhance skills. OK, so it’s a MOBA at its core but with big monsters.

James Phinney, who is Vice President of Product Development at Motiga, had this to say about the new title.

“The gameplay in Gigantic is about creating opportunities to be heroic. Whether you’re rescuing an ally, sneaking behind enemy lines or facing off solo against a towering guardian, there are dramatic ways to turn the tide of battle.”

Features you can look forward to include:

There’s also a new website now up and running with alpha sign-ups if you plan on keeping an eye on this one. It’s also worth noting that the game will be playable at PAX Prime between 29 Aug and 1 September .

Gigantic is set to launch in 2015 and it’s already been in development for two years.

Right! That’s it. No more MOBAs developers, unless they are really, really outstanding. Maybe Gigantic will be the next big thing but it sounds like a bit of a stretch to call this genre-bending even if it offers a twist of big monsters stomping around a map. The free to play MOBA market is becoming over saturated and this will have to be very special to be a huge success.

Perhaps Motiga will surprise us, although I can’t say I’m keen on the art style. Judge for yourselves via the shots and trailer below.

The Red Solstice lobby and region lock issues being resolved

20 most powerful gaming images of all time