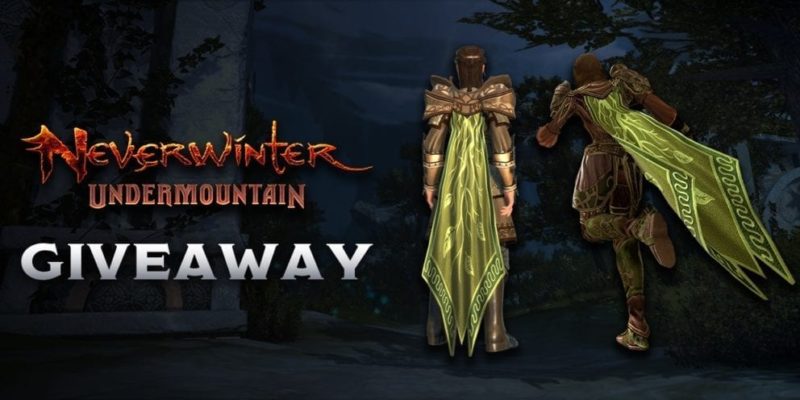 We've got a giveaway: Take one of our keys for an exclusive Cloak of the Vine transmute for Neverwinter!

Take one of our keys in this exclusive giveaway for Neverwinter on PC!

Popular MMO Neverwinter has just launched its biggest expansion to date, making the already massive online game even massive-er! Are you going to venture into the Undermountain?

If so, then take one of these cloaks. It’s on the house 🙂

To celebrate the new contest update, we’ve been given 100 keys for you to grab a Clock of the Vine cloak transmute, which grants your character the power to change their appearance. This is an item you can only get via this giveaway — you can’t buy or earn it any other way! 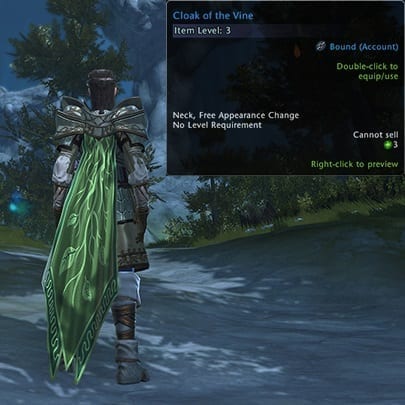 Use the widget below to grab your key. You’ll be sent redemption instructions via email after you’ve hit the button. This is a first-come, first-served situation, so once our 100 keys are gone, you’re outta luck, buddy.

These keys are for the PC version of the game, only. Please note that these are Bind-on-Pickup and are limited to one key per account.

Neverwinter: Undermountain is available to play for free on PC. The content comes to consoles on June 11.