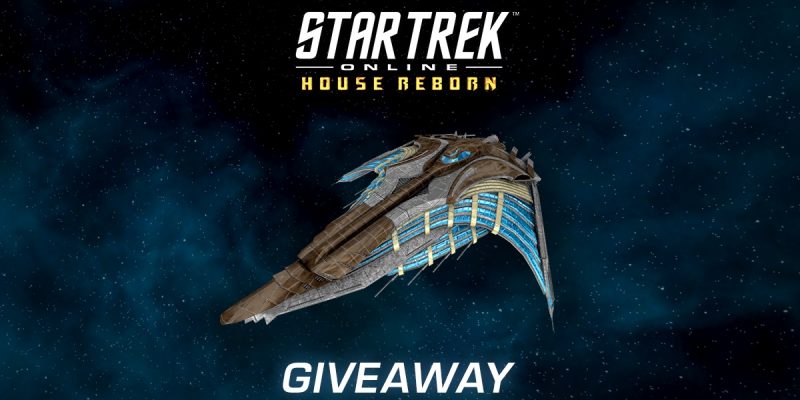 With a new season of Star Trek Online content comes great responsibility! I mean, comes new stuff to give away!

Today we’re flat-out giving away a MatHa Bundle for the first 50 people who show up — we’re also doing a contest for an even greater Strike Wing Bundle for 5 lucky winners!

So read a little bit about House Reborn before using me for my free stuff:

Divided…Shattered…Reborn. J’ula believed that the Klingon Empire, having seen proof of J’mpok’s treachery, would rise up against him. She was wrong. The Great Houses splintered instead, shattering the empire into warring factions, looking out for themselves. Her brother, T’kuvma, gave everything to unite the Klingon Empire, and in one fell swoop, J’ula has undone all of it. Now, she must venture within to find the answers, at the holiest of Klingon worlds, Boreth. Journey with her there, and discover what lies in the heart of Grethor. Will the Empire be saved, or finally destroyed?

We’re proud to announce that House Reborn is now live on PC! Experience an epic story through two new episodes starring J.G. Hertzler, Robert O’Reilly, Rekha Sharma, and our two newest cast members. Sam Witwer is stepping into the shoes of Kenneth Mitchell, taking on the role of Tenavik under Ken’s direction. And Mary Chieffo is joining the story as well, reprising her role of L’Rell from the first two seasons of Star Trek: Discovery. What role could L’Rell have to play in this tale? You’ll have to dive into House Reborn to find out.

So so, we’re giving away 50 keys for the MatHa Bundle, which includes:

Further, you can enter to win a deluxe Strike Wing Bundle, including:

Enter to win one of our 5 keys below. We’ll draw winners next Thursday. All keys are for the PC version, only.

Star Trek Online is available now and free to play.