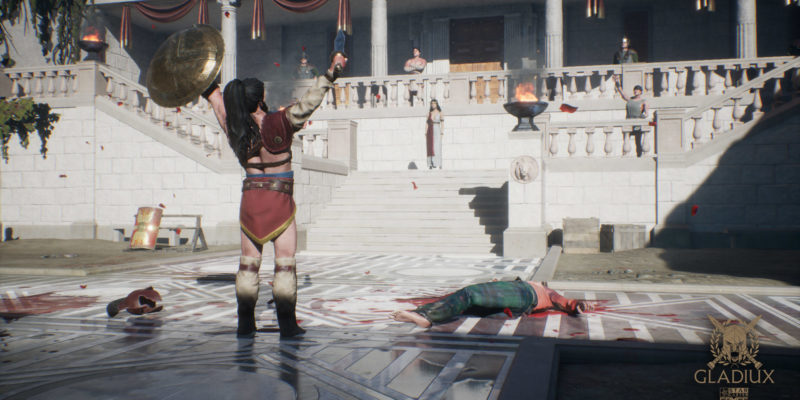 Back in the day, you couldn’t stream a show on your phone. For entertainment, you had to strap on your sandals and head over to your local arena to watch some poor fellows stab each other to death. Luckily, these days, we can instead settle for one of the many movies, TV shows, or games about Gladiators. They remain a fixture of popular culture to this day, so the folks over at Starcaster Games decided to make a fighting game based on history’s most brutal sport. It’s called Gladiux, and you can check out the trailer below.

Gladiux is described as a combat action game set in the age of Gladiators. Players assume the role of a Gladiator, and they train and battle other hapless souls to win their freedom. A plethora of deadly weapons awaits you: swords, shields, spears, spiked gauntlets, and more. Gladiators also sport a variety of historically accurate helmets and clothing styles, which means you will probably get to customize the look of your enslaved killing machine.

There isn’t any concrete evidence of how Gladiux‘s gameplay will work, but there is enough to guess. It looks like it could have the mechanics of a fighting game, or perhaps a brawler like Arkham Knight. It probably depends on how worthy your opponents are. On the other hand, the combat system might be something entirely new and designed for the game. We’ll have to wait for more information to come out. I, for one, hope that each different weapon changes up the fighting style. 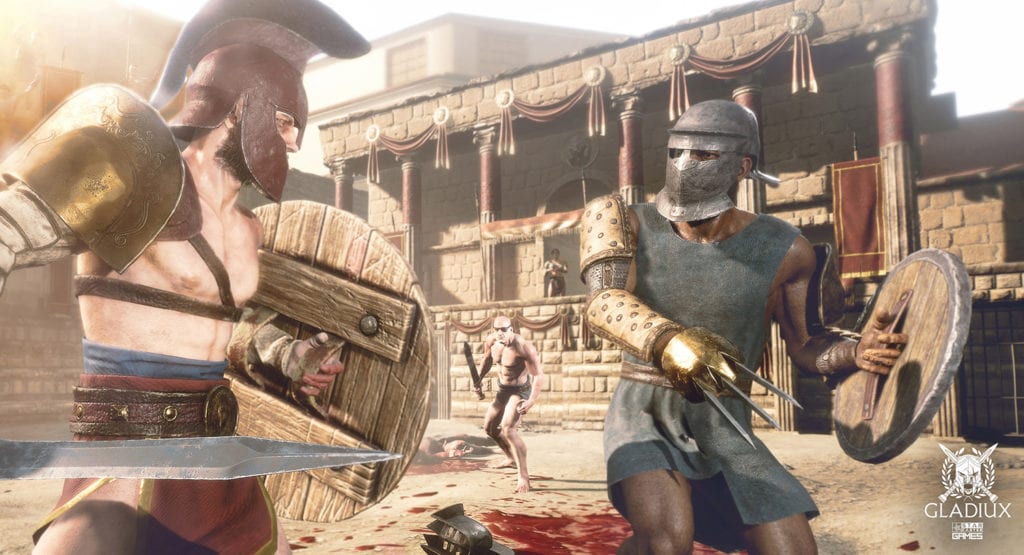 Be the best and earn your freedom

It looks like there might even be a bit of simulation involved in Gladiux, too. The trailer does show shots of Gladiators training in a Ludus. Gladiators do push-ups beneath the stare of an instructor and train with wooden swords. Based on the close-ups of certain characters, you might be able to interact with them as well.

I also have to give Starcaster Games credit for Gladiux‘s art direction. The character design is subdued and strives for realism rather than fantasy. One Gladiator in the trailer is even wearing braccae, or Gallic pants, with the proto-Tartan pattern the ancient civilization used. It’s a nice attention to historical detail that definitely strikes a chord with history nerds like me.

Level design also looks appropriately Roman and seems to feature an array of different arenas. There is a Roman camp, a wealthy estate, and a small sand-covered arena. One can only assume that your Gladiator’s story will culminate in the Coliseum itself, where you will fight before the Emperor for your chance at freedom.

Gladiux is coming out in 2020, and you can check out more screens on the game’s official website.

Star Wars Battlefront II DLC gets a trailer, keeps spoilers off the table