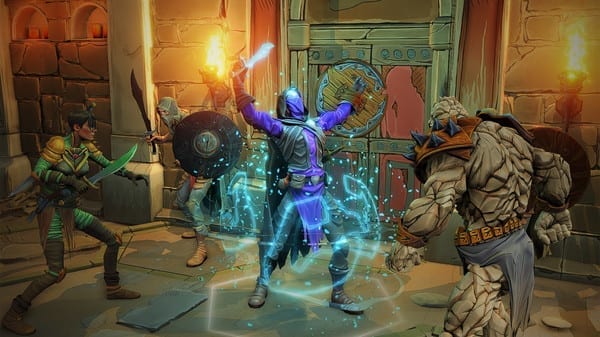 On July 17, fans of the infamous board game Gloomhaven will be able to return to the dark and gritty world in an all-new PC port experience. While the devs have yet to announce a full release date, the early access copy will include an infinite roguelike mode to keep users entranced while the game plows forward with development.

The original board game came out in 2017. Created by Isaac Childres of Cephalofair Games, Gloomhaven quickly turned into one of the most sought-after games of the year after raising a whopping $4.4 million on Kickstarter with over 45,000 backers.

Since its inception, Gloomhaven has won six Golden Geek awards. These even include the title of “Board Game of the Year” for 2017. Additionally, after two years, it still holds the highest rating on Board Game Geek.

The digital adaptation is being brought to us by publisher Asmodee Digital and independent developer Flaming Fowl Studios. Both of these groups appeared on Twitch last week for a four-hour exclusive stream. The stream served as our first look at the gameplay, and it reached a peak viewership of 110,000 people.

The stream is available for anyone wanting to see the full story behind the gameplay and what was discussed by Asmodee Digital and Flaming Fowl Studios representatives. However, one of the biggest announcements was the inclusion of a multiplayer mode. Previously, the developers of the adaptation had said they had no plans for releasing a co-op game. However, after countless players chimed in, we will now see Gloomhaven with online multiplayer capabilities.

Here’s a look at the teaser trailer from Asomdee Digital.

Many describe the board game as euro-inspired tactical combat. However, the PC adaptation is explained as a mix of tactical, RPG, and dungeon crawling elements. Fans of the board game will recognize familiar characters and experience the same sort of strategically-focused difficulty.

We have not yet received a full release schedule for the game, but we can expect it to come out no earlier than a year from now. We can also expect to see a fleshed out campaign mode as Gloomhaven reaches its competition and release.

Dragon Ball Z: Kakarot is not a true open-world game