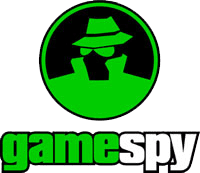 It’s taken a while to get there, but Glu Mobile has spoken out on why they have opted to shut down Gamespy’s server hosting for video games.

This comes fresh off the heels of EA announcing dropping online support for 50 of their older games, including popular franchises like Battlefield and Neverwinter Nights. While the userbases of these games have dwindled through the years, dropping the servers meant dropping much of the fun of the games as well.

Now, Glu Mobile explains that it was not just a matter of hosting a single server. The truth is, the Gamespy business was no longer viable, while Glu Mobile itself benefits from the acquisition of Glu Mobile’s technology to be profitable again.

It’s also important to note that Glu discussed their options with the companies involved, and the vast majority of them, including Nintendo and EA, have simply opted not to renew. Glu Mobile was not opposed to transitioning to open source servers, but the game companies did not opt for it either. It was simply a matter of economics, as well as the technical requirements to host the games again.

A lot of people complained that Gamespy’s servers were antiquated, but you never know what you miss until it’s gone. EA’s 50 legacy games are up until the end of June, so take the chance to play through them one last time before it happens. You can peruse a list of the 50 games here.