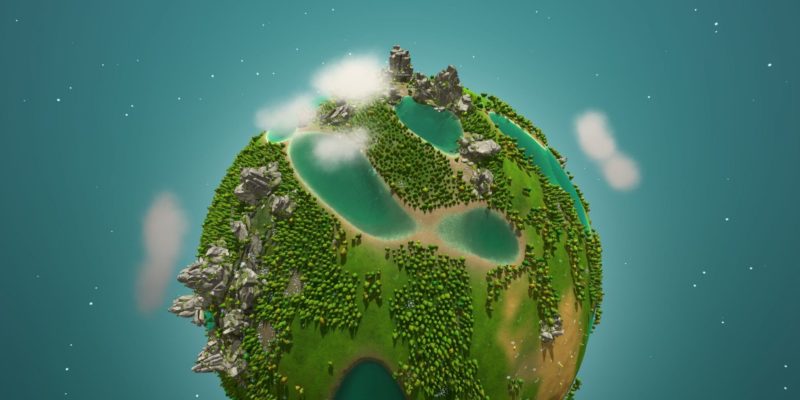 Universim, the planet management god game first appeared back in 2014 and reached its funding goal on Kickstarter. Today developer Crytive has announced the game will be coming to Steam Early Access on 28 August and will also be available on GOG, Humble, and their own store.

In Universim you play god and guide a species called Nuggets from stone age to space age starting with only two Nuggets on a procedurally generated planet. Assuming you get that far other planets can be colonised each with their own challenges. The game comes with all the typical god game features that prove popular with fans of the genre including godly powers such as summoning earthquakes, meteors, tornadoes, and other more constructive god powers to create and fix the world.

The Crytive team is aiming to have the game in Early Access for around a year before they can call it complete and regular updates will be dropped into the game throughout the development. Multiplayer may be added in the future but they want to finish the base game first. There will be opposition however with what they call exiles who will build their own cities and challenge your civilisation. There is mention of a possible alien invasion and other dynamic events too.

Alex Koshelkov, Founder and CEO of Crytivo, says: “It is a huge milestone for our team to finally have the game launch on Steam. We have worked incredibly hard to get to this point. We altered our original release plans from those announced on Kickstarter for many reasons. However, what it comes down to is quite simple: we needed the time to make The Universim the absolute best experience possible for our fans, and we are really proud of our achievements. For us, creating an unforgettable and enjoyable experience is the most crucial aspect of the project. Quality really takes time, but we are finally ready to introduce the game to a wider audience. We also have a great surprise planned for our fans that will be revealed at a later date.”

Universim is Definitely one to watch out for this summer. The PC could do with a new god game and if you want to jump in really early the game is available now in alpha form from their website.