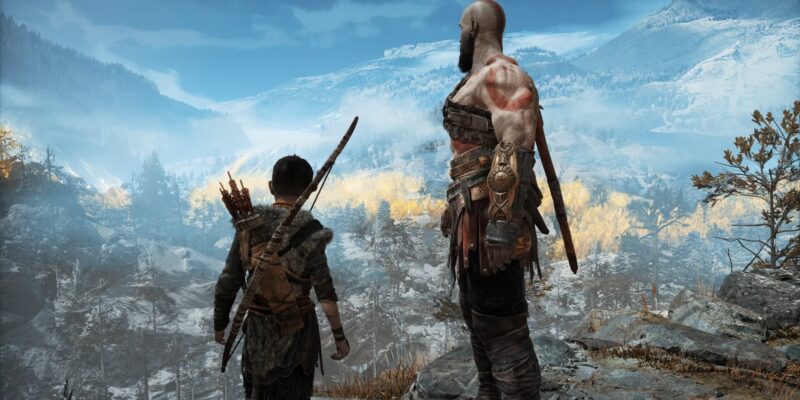 Attention: God of War has been announced for PC. This is not a drill. Santa Monica Studios’ groundbreaking 2018 action game has been most likely at the top of the list of what PlayStation exclusives PC owners desired. Earlier today, Sony confirmed that the game is heading our way at last, and it’s not going to be a barebones port. God of War on PC will land on January 14, 2022, bringing 4K visuals, DLSS support, uncapped framerates, and a lot more.

As mentioned, according to the announcement page, the game will be stacked with enhancements when it hits PC. Aside from the 4K and DLSS treatment, God of War on PC will have higher resolution shadows, improved screen space reflections, ambient occlusion enhancements, DualShock and DualSense support, and keyboard mapping options. Those on Nvidia RTX cards will no doubt be happy about DLSS. However, the game will also come with support for Reflex. “God of War on the PC can create striking visual quality unique to the platform,” reads the blog post.

“Our primary goal when bringing God of War to PC was to highlight the exceptional content the team created and leverage the powerful hardware that the platform offers to create a uniquely breathtaking and high-performance version of the game,” writes Grace Orlady, senior community manager at Santa Monica Studio. “You’ll be able to enjoy the full potential of our cinematic, no-cut camera as it follows Kratos and Atreus across the realms with the option of true 4k resolution, on supported devices, and unlocked framerates.”

God of War announced for PC, and it’s bringing everything

It’s an impressive list of options, for sure, but there’s more on the non-enhancement side of things. When the game releases on PC, it’ll include the free DLC that came with the Holiday 2019 Giveaway Pack. It contains an armor set and four skins for Kratos’ shield.

Today’s announcement does add some credence to the recent GeForce NOW leak. The list, which was revealed in September, included God of War as a possible release for PC. However, Nvidia replied saying that the list included “speculative titles,” which suggested that perhaps only some PlayStation ports were legit. Now we know that at least one was real.

Sony has been ramping up its PC efforts as of late. There’s a good chance that the game is being handled by Nixxes, which Sony picked up earlier in the year solely for the production of PC ports.

God of War will be available for PC on January 24, 2022 for both both Steam and the Epic Games Store.