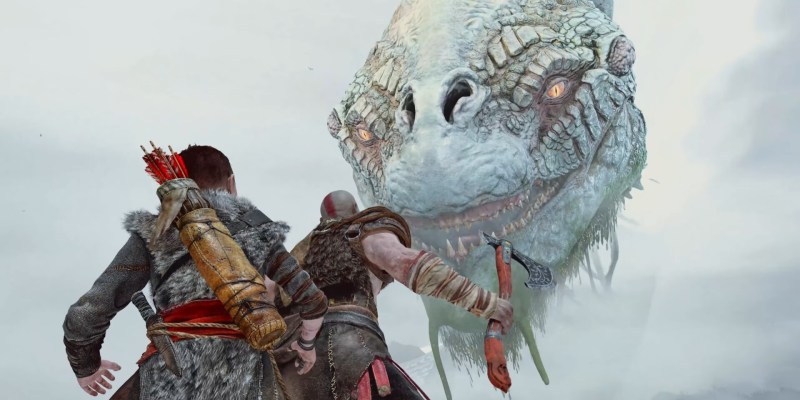 You asked for it, you demanded it: the PlayStation 4 masterpiece God of War is heading to PC in just over a month. On January 14, 2022, PC owners will be able to experience the greatest games starring Kratos and Boy. As we’ve now drawn closer to the release date, developer Santa Monic Studio has released a PC features trailer showcasing the tech coming to the game. We also got the PC requirements, or specs, for God of War, which has five options to craft your experience.

God of War isn’t going to be a barebones port. As mentioned in the reveal, the game will include support for Nvidia’s DLSS to improve framerate, and Reflex for improved response times. AMD users won’t be left in the cold, either. The game will have support for AMD FidelityFX Super Resolution (FSR). There’s even more than that coming to the game. As shown in the PC features trailer, God of War will be blessed with higher-resolution shadows, and better screen space reflections.

You’re going to need a beefy rig if you want the above along with 4K resolutions. The PC requirements for God of War are thankfully not too demanding, unless you’re willing to crank things up. To run the game at 4K and 60 fps, you’ll need an RTX 3080 or RX 3950X GPU. On the CPU end, you’re looking at an Intel i9-9900K or AMD Ryzen 9 3950X at minimum. 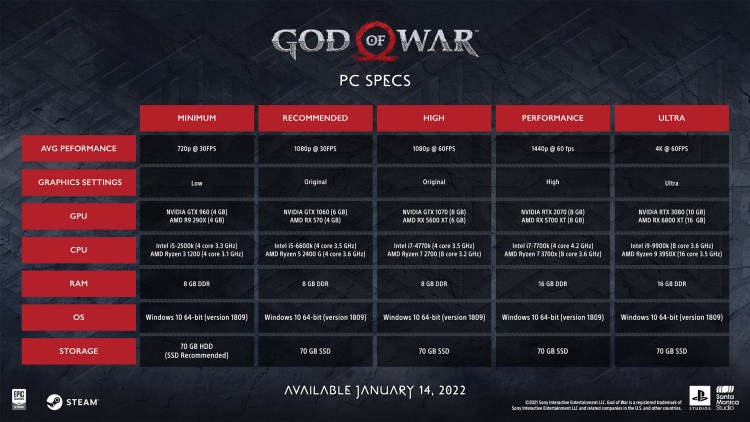 The aforementioned is, of course, on the extreme end of things. To at least play the game at minimum settings, God of War asks for a GTX960 or an R9 290X GPU paired with an i5-2500K or a Ryzen 3 1200 GPU. You’ll also only need 8 GB of ram for minimum, but everything above that asks for 16 GB. The game also comes with two settings for Original, which I imagine is what was available on the PlayStation 4 and PlayStation 4 Pro. But no matter the setting, you’ll need at 70 GB of storage space with a recommended SSD.

God of War was an excellent game, and will look excellent once it’s on the PC. Check out the requirements above to see where your PC will land.

Blacktail demo preview — Into the woods