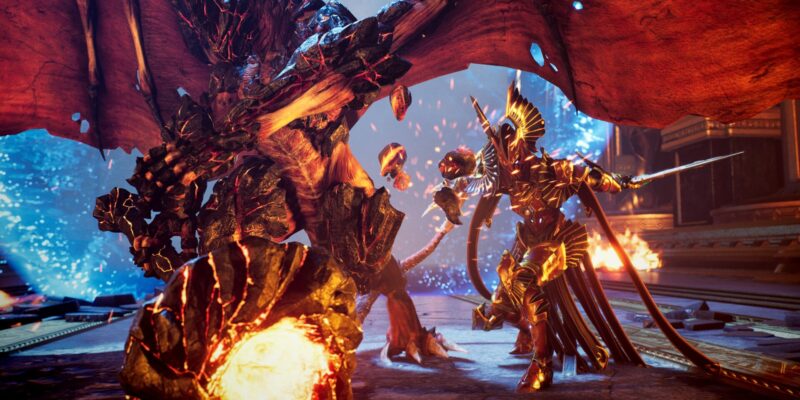 It’s been nine months since Godfall released. Its reception was generally icy (even if I had a pretty good time), and it didn’t feature matchmaking, which has likely done a lot to diminish its staying power. An expansion was promised even before launch, and Fire & Darkness, which adds new content, is now upon us. In addition, the game is finally receiving matchmaking and a new endgame. After so long, it’s unclear if any of this will be able to take the game off of life support, but the folks behind it are standing resolute, so time will tell. But the question stands: is Fire & Darkness worth it, or is this merely the final nail in Godfall‘s ornate coffin?

Fire & Darkness picks up after the conclusion of Godfall‘s story campaign. Macros has been defeated, yet Ravenna lets us know that his influence remains, and that his lackeys are still running wild. Orin sets off to eliminate the dying gasp of Macros’ power, but things can’t be that simple. After finding their way to the Fire Realm, things get ugly when a new foe, Moirox, attacks Seventh Sanctum and makes off with her life force. It’s up to the player to defeat them and end the fight once and for all.

Godfall wasn’t particularly a story-driven game to begin with, and Fire & Darkness isn’t much different. Moirox is a your standard villain, and the narrative here isn’t going to do much for some people. The Fire Realm itself acts as a fourth Realm, as the base game contained Earth, Wind, and Water. Unlike those, though, I find the Fire Realm to be much less visually interesting. The place is mostly comprised of dark blue stonework with splashes of red, and it doesn’t take long to get visually monotonous. Structurally, it’s very much like the game’s other Realms, though, and you’ll find materials, lore codexes, and enemies all over. 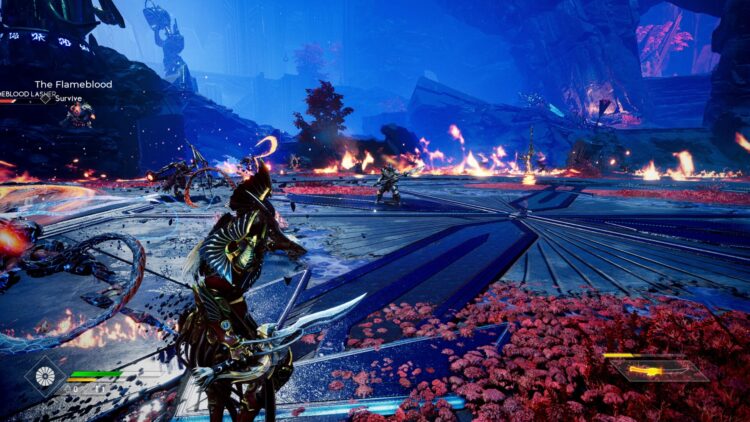 Fire & Darkness has a bunch of new enemies and they’re of a typical hell demon variety. Horned monstrosities, hellhounds, twisted mages that huck fireballs at you. One of the most annoying new enemies is a gargoyle that mostly flies overhead and takes potshots at you. But all you have to do is parry one of their attacks or throw your shield at them and they’ll cease to be any sort of threat. The fighting is still very much the same as it ever was, though, and the new enemies don’t make Godfall feel all that different.

The same extends to the way story missions play out. Fire & Darkness adds five new story missions, plus new hunt missions. The story missions are still of the “follow the waypoint and then fight enemies or talk to someone” variety, which is, again, just like the base game. The level cap is now 50 instead of 30, but that will be available to all players, not just people who purchase this expansion. The new endgame mode, Lightbringer, is similarly available to everyone, although expansion owners will be able to take part in Fire Realm missions while grinding out this new content. As for whether Fire & Darkness is worth it, it is only if you simply want more Godfall. Anyone who had their fill of the game or wasn’t all that enthused to begin with won’t find much of anything here to call them back. 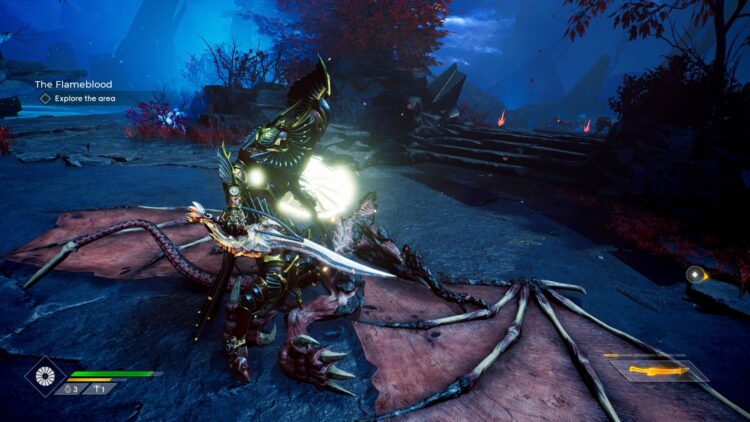 Note: All images are captured from a non-retail build of the game and visuals are not representative of their quality at launch.