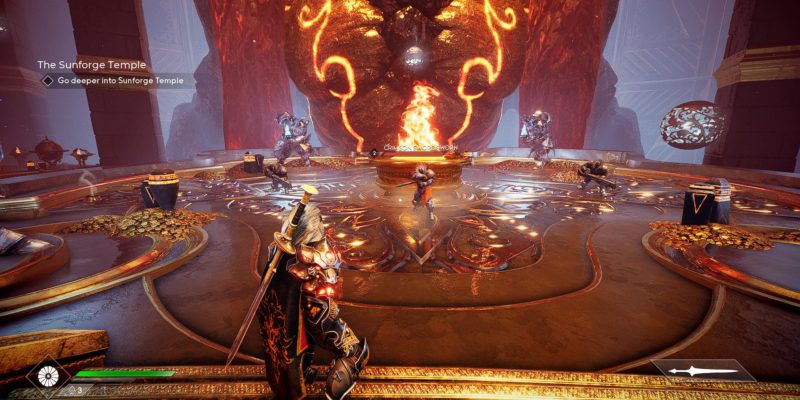 There are a decent amount of skills to acquire in Godfall. To help you get off to a good start, I’m going to break down my personal picks. You unlock skills with skill points, which you receive from leveling up, completing story missions, or finishing out Merits that are tied to performing certain actions and killing a particular number of enemies. Each skill has five levels, and not all of them are as useful as others. Naturally, it takes five points to max out a skill.

This initially unlocks an evasive slide, which not only makes you more nimble but gives you a lot more room to breathe when escaping from enemies. This is one of the first skills in Godfall you’ll likely want to spend points on. Subsequent unlocks also increase your parry window by 10% each, which is helpful.

A great one that you can get and then forget while seeing your damage output increase. All you need to do is hit enemies enough in a short span of time and you’ll automatically enter Rampage, which grants you 20% extra damage as long as you keep hitting enemies. The third skill point put into this increases its duration by 25%, which is also very useful. This is another one that’s good to grab ASAP. 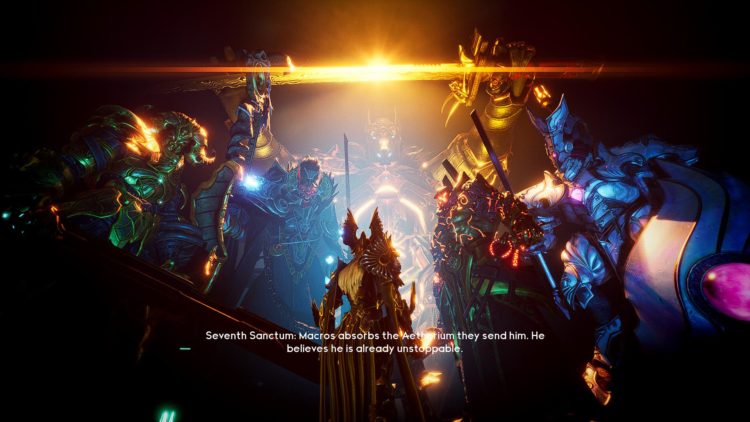 Well-rounded is best-rounded, I always say, and that applies to Godfall too! Putting points into this obviously increases all of your major stats. It’s a good bet if you don’t feel like focusing on buffing just one aspect. The earlier unlocks on this branch add directly to your total, while the last ones add 2% and 4% respectively, which can make a sizable difference.

The first thing this skill unlocks is the ability to instantly takedown small enemies after a successful parry. It can be very helpful to be able to erase the less-threatening foes while they attempt to distract you from the bigger fish. The third level of this lets you takedown regular enemies if you parry them if they’re at 40% health or below, so this is one to look into as well. 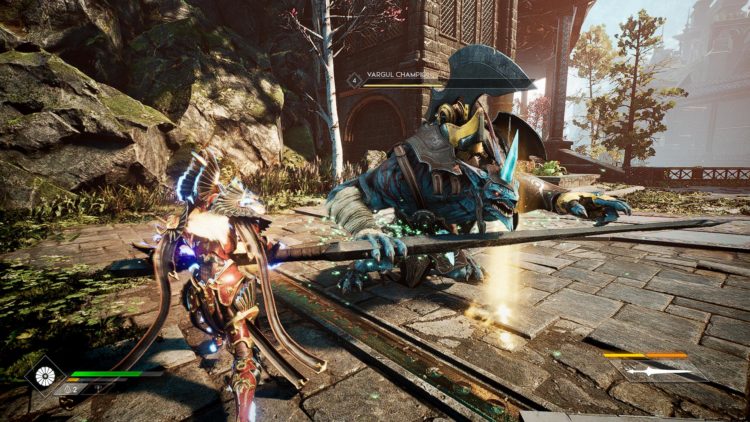 These are going to be one of your biggest damage-dealers aside from Archon mode, so you’ll want to have access to them. All you need to do is keep an eye on the meter above your weapon and use these as soon as they’re available. They’re generally excellent for a good chunk of AoE damage.

This skill lets you basically charge up your shield every time you parry or block. Do either enough times and you’ll enter Primed state. If you parry an enemy while in this state, 25% of the damage the attack would have inflicted is reflected back onto that enemy. Putting more points in increases this to 50%. Completely maxing the branch out then lets you prime your shield without even having to build anything up beforehand.

That’s it for our Godfall skills guide. Which ones you prefer will no doubt come down to personal preference, so make sure to read all of the descriptions so that you can come to your own conclusions.