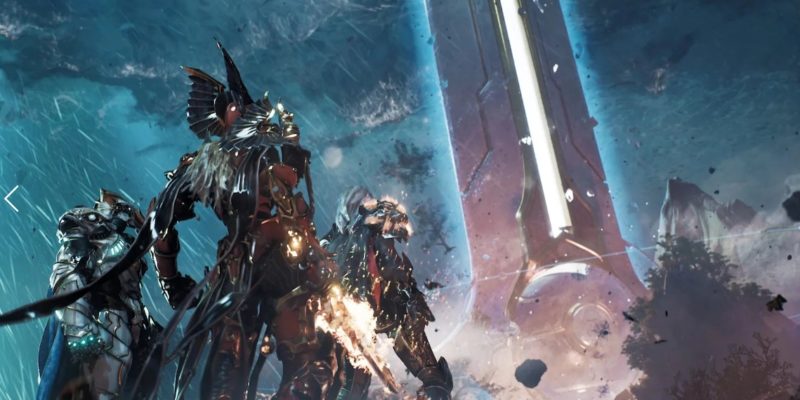 Following the reveal of looter-slasher Godfall back in December during The Game Awards, we have not seen much of the next-generation game from Counterplay Games and Gearbox. Outside of a leaked trailer that showed off the game in action, the studio has stayed quiet – until now. A new teaser trailer has released, featuring the class of Silvermane for the upcoming Epic Games Store and PlayStation 5 exclusive.

“Ascend, lionhearted, with Silvermane,” the teaser says. Pretty apt, considering how the class looks with its Valorplates. These plates are meant to represent a particular god. For the Silvermane, that clearly points towards a lion-like god in Godfall. While the teaser shows no gameplay with this class, at least the designs look great. The trailer also reaffirms that Godfall will launch this holiday for both PC and PS5.

Giving players the ability to team up for three-player co-op action, Godfall will also feature a robust loot system. Expect the likes of legendary weapons and armor as you slice and dice your way through your enemies. Taking inspiration from Gearbox, Keith Lee, CEO of developer Counterplay Games, described Godfall as a “co-op looter-shooter experience like Borderlands, but instead, it’s a co-op looter-slasher experience set in a more serious and brand-new fantasy world.”

Aside from the obvious weapon combat, Godfall will also feature magic. Players will be able to use their Valorplates to dish out some hurt with elemental abilities. Fire and electricity are just some of the elements that we have seen so far.

With Sony originally planning for a PlayStation 5 event later this week, Godfall was certainly one of the games that would have been shown. No doubt the timing of this reveal coincides with that. Unfortunately, Sony has now postponed the event due to the unrest taking place in the real world.