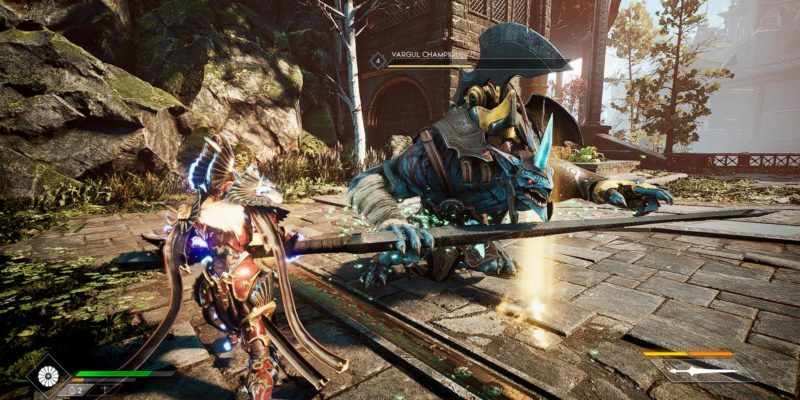 Godfall is out now on PC and we’re going to take a look at its performance and various other options. It’s a gorgeous game that doesn’t exactly require the best rig around to run despite being a PS5 launch title. Before getting into the nitty-gritty, let’s take a loot at the minimum and recommended specs.

As you can see, Godfall is not super-duper demanding. I have a very similar build to the above, with the exact AMD GPU as recommended and a similar processor. The only caveat is that it looks like machines that still have just 8 GB of RAM might have some issues. For me, though, the game runs flawlessly almost all of the time at 1080p and maxed settings. I had occasional stutters, but they’re few and far between and don’t appear to be caused by anything serious. Since the game was clearly optimized for AMD builds, I’m not the best person to say how it performs across markedly different rigs.
I did have some serious trouble running the game yesterday, though. I got hit by frequent bouts of slowdown that made Godfall practically unplayable. Thankfully, a restart fixed the issue and I haven’t seen it pop up again yet. In my opinion, this game has a strong PC version that hopefully won’t give most players any trouble. Now that that’s out of the way, let’s take a look at the settings. 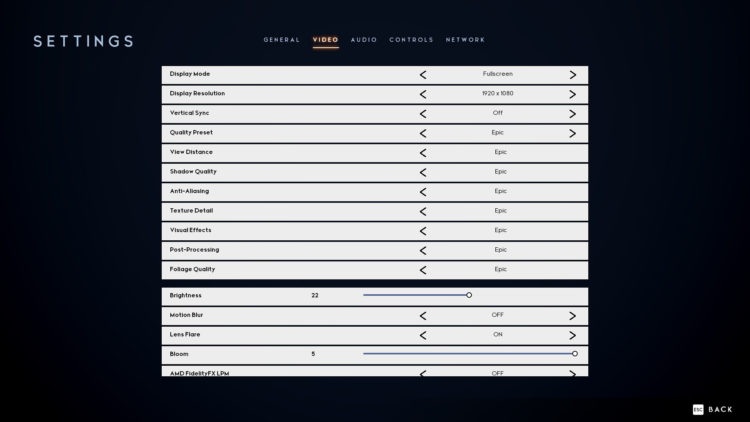 As you can see, Godfall has a basic list of graphics options. It doesn’t specify the kind of AA it uses, but it’s likely MSAA as the game looks great. The quality preset slider should make it easy for anyone to find a happy medium between performance and quality. Motion blur can thankfully be turned off, and you can directly control how much bloom the game uses. The only surprise is the AMD Fidelity LPM, which is only something you’ll be using if you’re playing with HDR on.

Strangely, there’s no ray tracing on day one, even though the PS5 version supports it. It’s supposedly going to come at a later date, and I have no idea if it’ll work on my card or not. As for the individual graphics settings, they range from low to epic and many of them make a very noticeable difference. Let’s take a look. 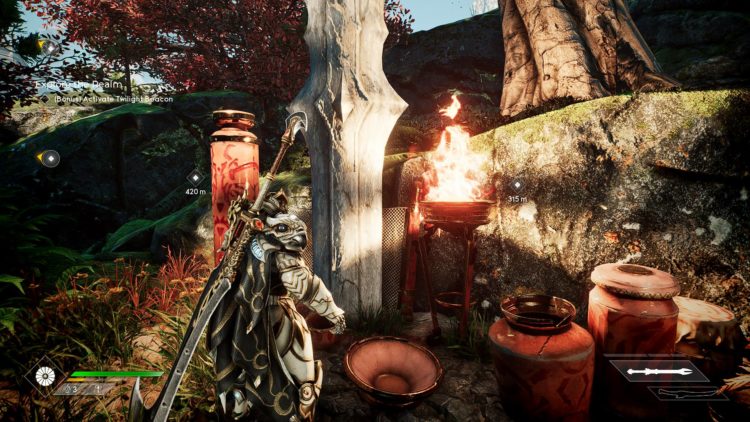 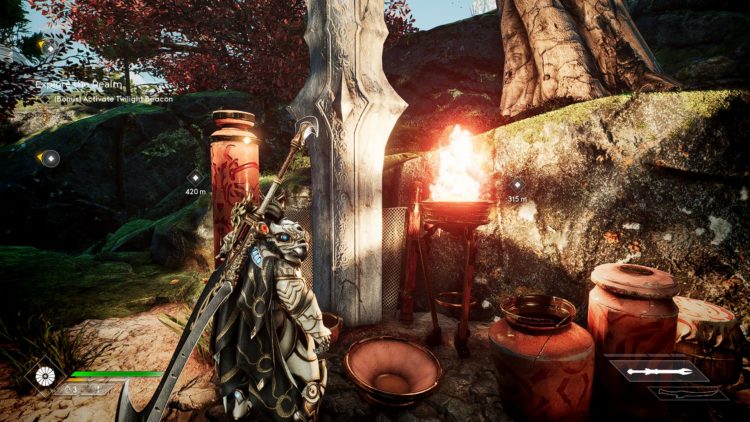 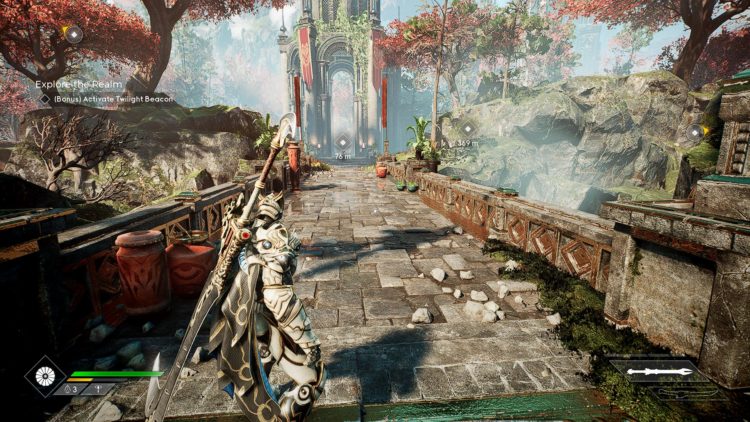 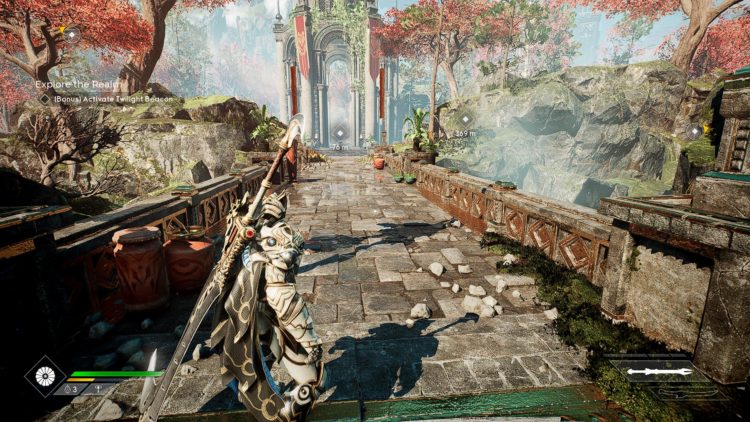 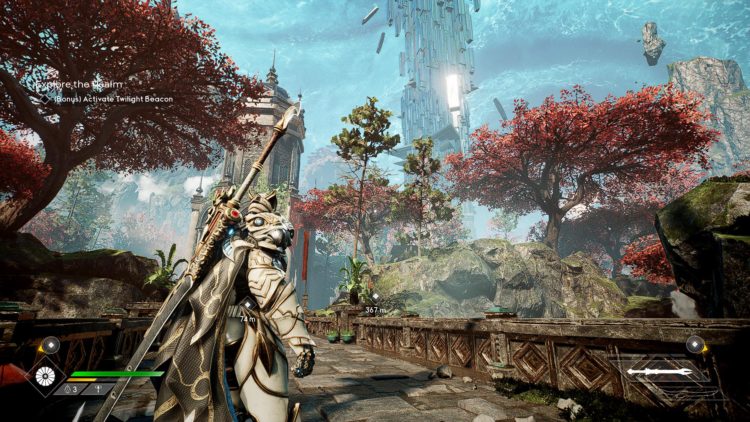 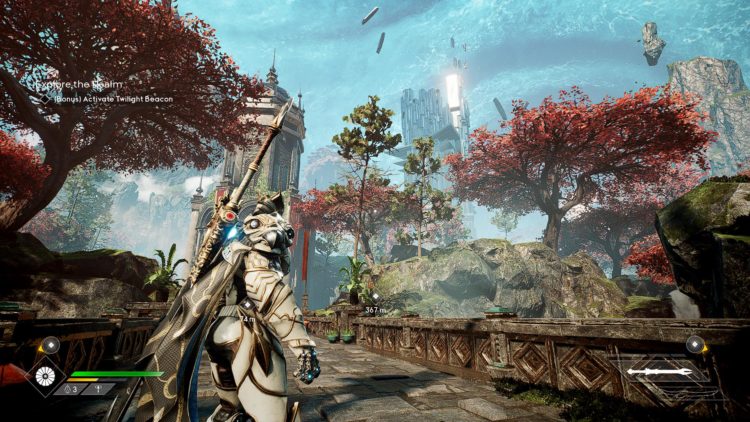 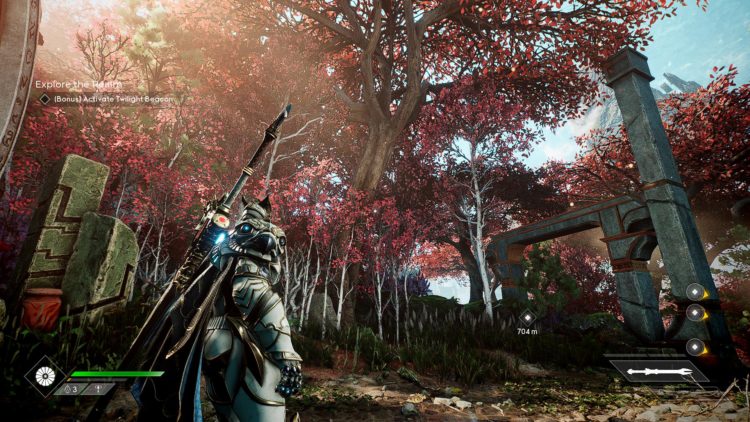 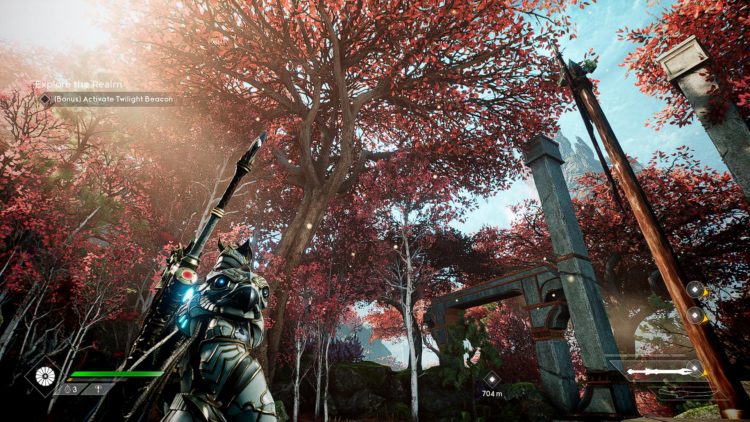 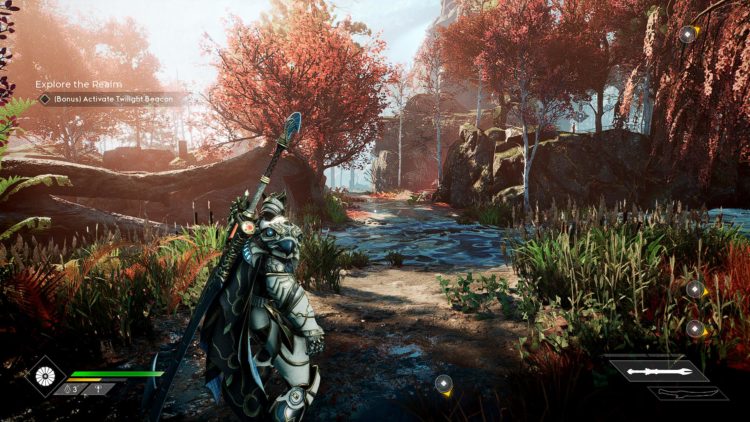 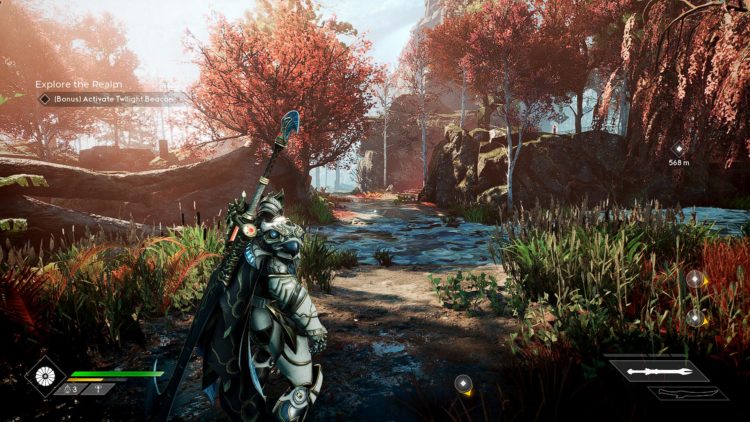 The game looks good no matter where you have the settings, so there’s no potato-mode equivalent on display here.

Godfall has controller support, but it only appears to be for Xbox-branded ones. My DualShock 4 wasn’t recognized at all, so I had to use a program to get around that. All things considered, though, the game plays a lot better with a mouse and keyboard. Controllers work, sure, but the camera is stuck to the player’s back and it’s simply much easier to be precise with a mouse. 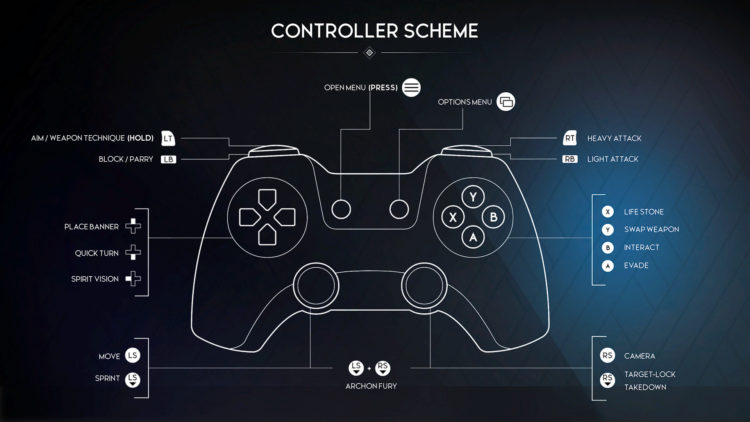 PC controls are also completely rebindable via the menu: 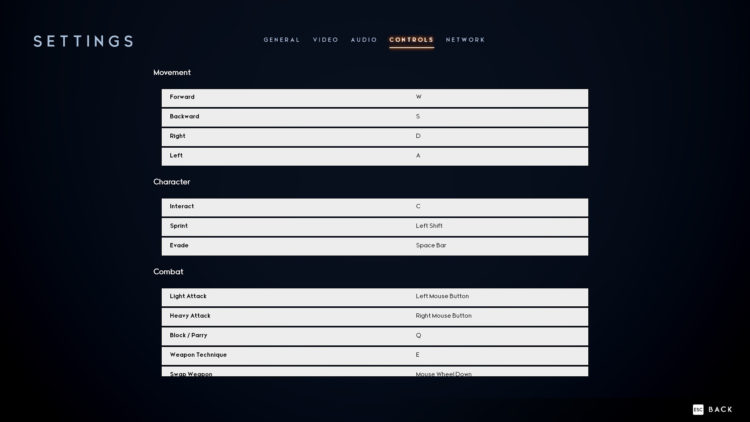 There you have it. Godfall has a good PC version that’s missing ray tracing for now.