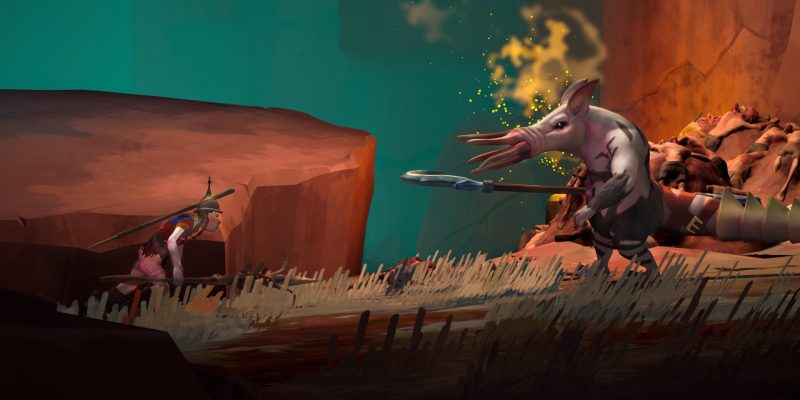 Gods falling has been a notable problem as of late. We had Godfall come out late last year. And then some more gods fell in Immortals Fenyx Rising, but there was also some rising there. Now, though? We’re being given a heads up, as Gods Will Fall indicates that the gods have not yet fallen, even though they’re clearly about to. The game is launching on January 29 and a new Gods Will Fall trailer has fallen. Landed. Uh, arrived? Not only that, but there are pre-order bonuses for anyone who takes the fall. Plummet. Whatever. Incidentally, Gods Will Fall is now available for pre-order on Steam.

I’m sure you’re dying to know what you’ll get for pre-ordering the game. If you do, you’ll get access to the Hunter’s Head Gear, which is, shockingly, head gear made with the furs of animals. As if they were hunted by some kind of animal killer. I can’t think of a word for that. The gear is randomly assigned at the start of each Gods Will Fall playthrough and there are five creepy animal helmets in all. Huzzah. Additionally, players can pre-order the Gods Will Fall Valiant Edition, which also includes the Hunter’s Head Gear in addition to the Valley of the Dormant Gods DLC.

Your days are numbered

Gods Will Fall‘s Valley of the Dormant Gods DLC includes three more gods for players to face, as well as new weapon classes, skills, items, and gear. Naturally, the game itself focuses on the player entering various god realms and doing battle with them from an isometric perspective that promises lots of excitement and challenge. The title is set to launch in a little more than three weeks, so there’s still plenty of time if you want to lock in that pre-order bonus or decide on grabbing the Valiant Edition. I wonder which gods will fall next?

Check out the full Gods Will Fall gameplay trailer below.